Home
NEWS
MEDIA
Supplements
Tenders
Notices
“There are people paying a million or close to a million shillings in monthly rent yet they will never own those houses. They don’t know that some of the mortgage financing options in the banks provide for the same amounts and they would own those houses,”

“There are people paying a million or close to a million shillings in monthly rent yet they will never own those houses. They don’t know that some of the mortgage financing options in the banks provide for the same amounts and they would own those houses,”

Many Ugandans are ignorant about the available mortgage financing solutions in commercial lending institutions, an official of a real estate developer has said.

Fiona Mbabazi, the general manager of Mint Homes said they continue to pay rent for housing facilities they will never own under the arrangement.

"There are people paying a million or close to a million shillings in monthly rent yet they will never own those houses. They don't know that some of the mortgage financing options in the banks provide for the same amounts and they would own those houses," she said.

She made the revelation during a groundbreaking for construction of two and three-bedroomed housing units in Kanisa zone, Kikaya parish, Kawempe division in Kampala last week,

She said real estate developers face challenges of low-income earnings among the prospective home buyers and price instability in building materials that ‘disorganises' their plans.

"When the prices of construction materials increase, it means we will not sell the house at the same price as advertised before since the building cost would have increased," Mbabazi said. 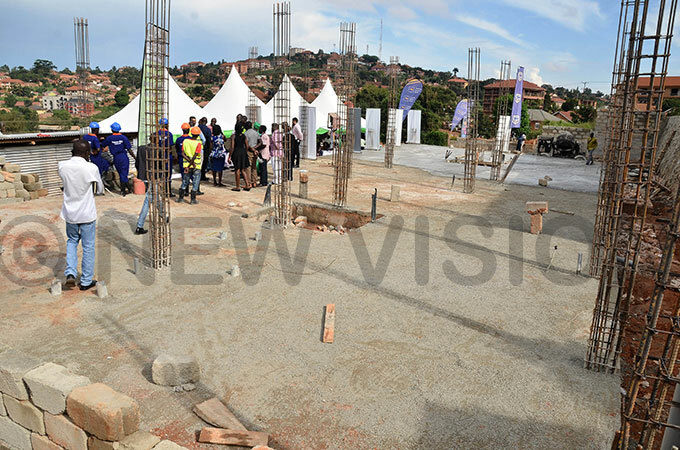 If more people could earn ‘reasonable' salaries, we could have more Ugandans owning homes.

She said one would be considered a reasonable salary earner if they took home at least sh2.5m monthly. She said few Ugandans earn this much.

According to the Uganda Bureau of Statistics, Uganda has a deficit of 2.1 million housing units, growing at a rate of 200 000 units a year.

By 2030, the deficit is expected to reach three million units on account of the rapid urbanisation rate and a high population growth rate of 3.2 percent per annum.

According to the 2018 Revision of World Urbanization Prospects produced by the Population Division of the UN Department of Economic and Social Affairs, the world's population living in urban areas is projected to rise to 68% by 2050 from 55% in 2018.

This will be on account of urbanization, gradual shift in residence of the human population from rural to urban areas and the overall growth of the world's population.

This could add another 2.5 billion people to urban areas by 2050, with close to 90% of this increase taking place in Asia and Africa, according to a new United Nations data.

"The question we are asking ourselves is whether the urban centers are ready to receive that population," Emmanuel Sserunjogi, the Kawempe division mayor said.

He hailed the company for making the investment and contributing to having a better city.

"We are fighting to make a good and liveable city for all, regardless of housing arrangement one has; whether if rental or owned," he said.

Mbabazi said that they are considering locations out of the city that are still good enough for the company's prospects; where land is not so expensive and can be suitable to build houses and lower-income earners.

"First of all, the price of land affects the price of houses. Finding places where land is not expensive means we shall have low-cost houses that can be affordable for the majority," Mbabazi said.

"It has to be a location that has the same benefits that can be enjoyed like a person who is here (in Kampala). Such benefits include easy access to the road and availability of basic services like health and education.