Many received his declaration with skepticism, calling it a ploy to make an extra buck off empathic sentiments.But Lutaaya was to prove them wrong. His battle against HIV/AIDS had just begun.

IT is 30 years since he died, but memories of Bongole Lutaaya are still as fresh in many people's minds as if it were just yesterday.

Radio airwaves come alive with his songs every Christmas season.

In 2007, a cross-section of contemporary Ugandan artists came together and recorded cover versions of Lutaaya's songs, which were compiled into a tribute album. A memorial concert was also held at Nakivubo Stadium in December 2007 to raise funds for Lutaaya Memorial, a community-based charity.

Lutaaya is the first artiste in the history of Uganda to be honored by his peers with a tribute album.

There is also an annual memorial day, on October 17 in his honor.

But why all the fuss?

Considered a true musical legend by fellow musicians, Lutaaya has inspired a whole generation of artists and his music is timeless.

But Lutaaya's legacy supersedes his musical skills. He is a national hero because he was the first prominent Ugandan to declare he was HIV positive. 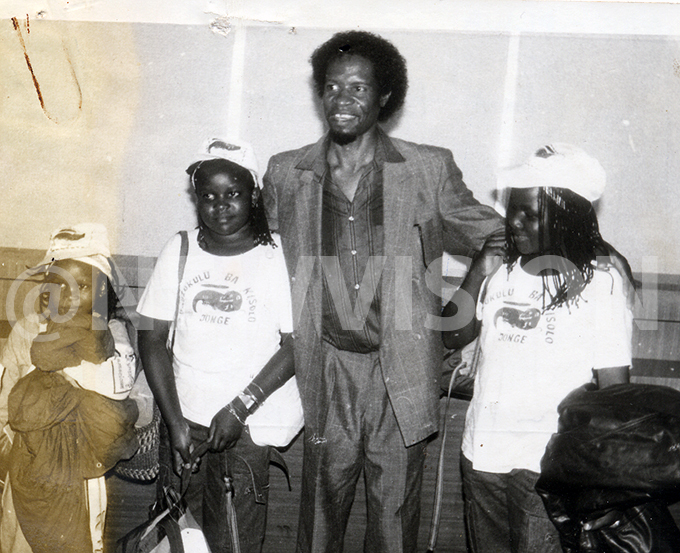 In 1988, when HIV was still shrouded in mystery and stigma, such a declaration stunned the nation.

Many received his declaration with skepticism, calling it a ploy to make an extra buck off empathic sentiments.

But Lutaaya was to prove them wrong. His battle against HIV/AIDS had just begun.

Lutaaya released his album Alone and forever sealed a place beyond superstardom. In his title track, Lutaaya not only reiterated his status but also painted a vivid picture of what he was suffering by describing his emotional experience of isolation and pain.

Lutaaya died on December 15, 1989, at Nsambya Hospital, just months after releasing Alone. As Joel Isabirye, a music enthusiast, said in an earlier interview: "Lutaaya gave a human face to living with AIDS. He made it seem as if it was not such a monstrous thing." 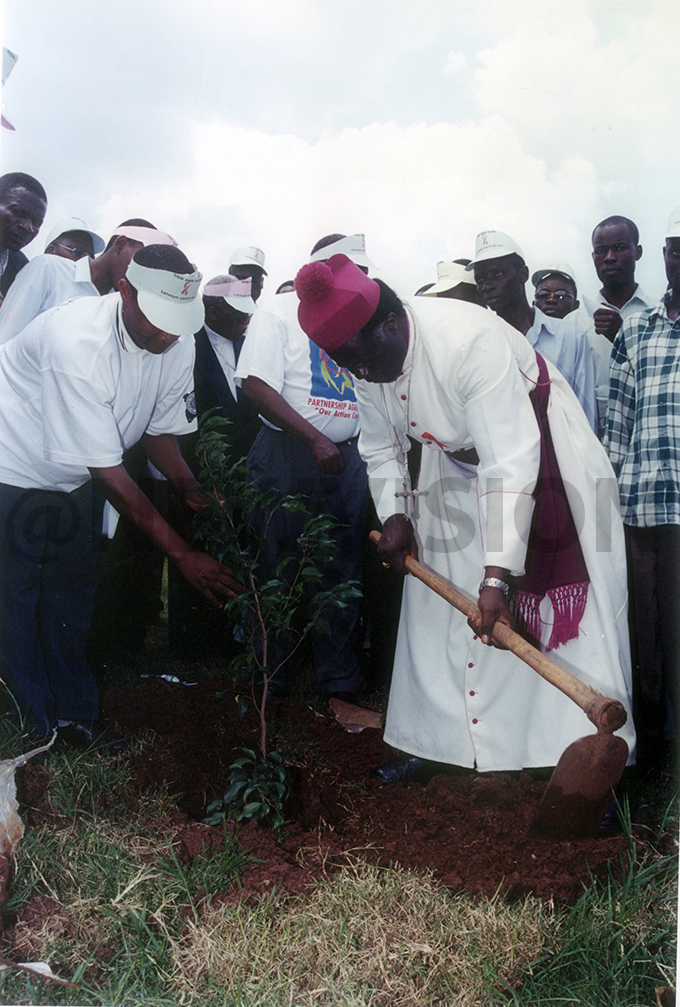 Former Church of Uganda ArchBishop, Mpalanyi Nkoyoyo (c) plants a tree to mark the HIV AIDS campaign in memory of the late Philly Lutaaya at the Centenary Park on November 7, 2011

According to Isabirye, this landmark started with Lutaaya using music to deal with the HIV/AIDS stigma. He left a legacy of emotional honesty in music-based activism that continues today.

The song is a rallying cry in the fight against HIV/AIDS and Alone became the unofficial anthem of The AIDS Support Organisation.

As a result of his testimony, a substantial number of Ugandans chose to take the path of abstinence, condom use, and faithfulness.

Asked whether there will ever be a cure for HIV/AIDS, his answer was: "There is already one. It lies in the strength of women, families, and communities, who support and empower each other to break the silence around AIDS and take control of their sexual lives. Let's spread the prevention message to spare millions from HIV/ AIDS and early deaths." 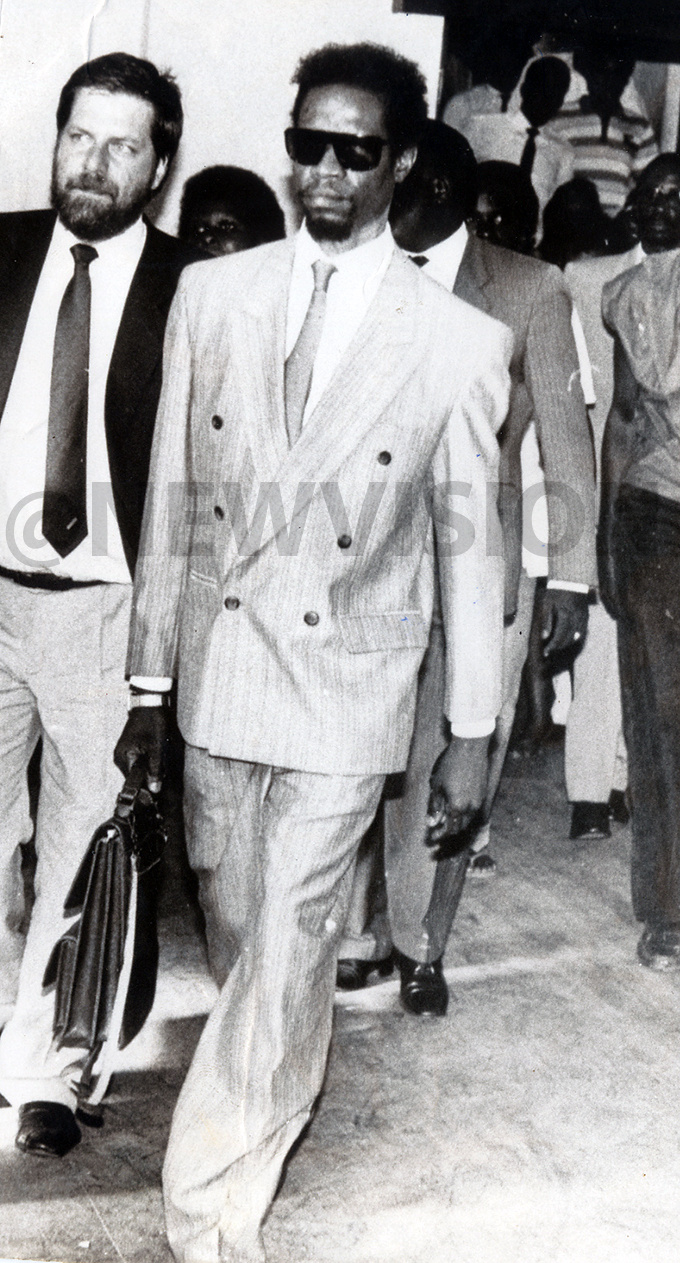 Lutaaya had a split personality. He was kind and amiable, but he also had a nasty side that scared even his closest friends — a hot temper and a complicated character.

His brother Abbey Lutaaya, describes him as "straight-talking."

If you crossed his path he would immediately give you a piece of his mind."

"When sober, he was fun to be around. He was lively and bubbly, but when he was drunk, it was advisable to avoid him," Abbey says. 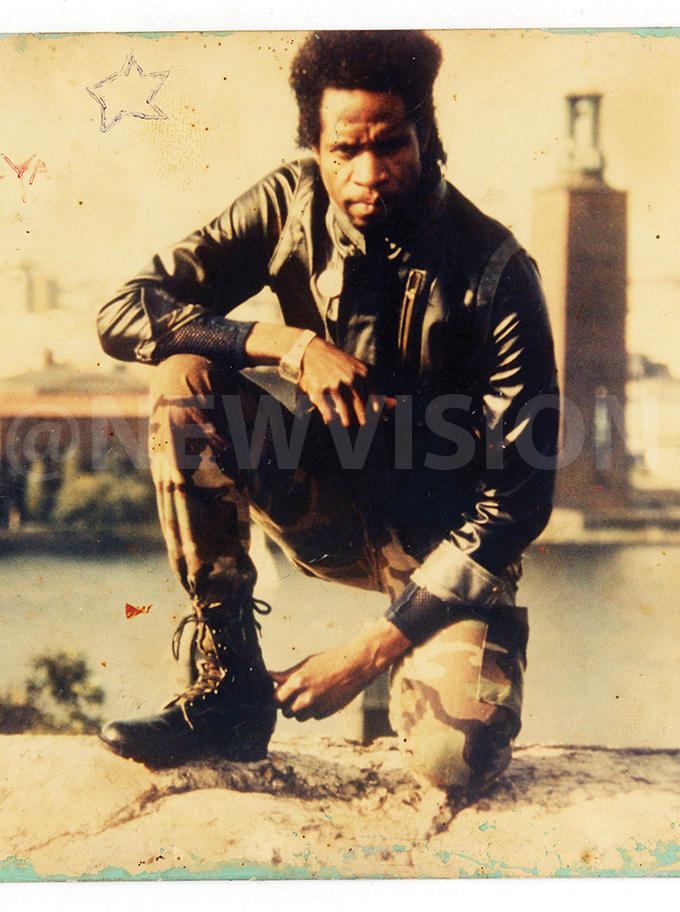 He is one of the most talented musicians Uganda has ever had. He could produce sensuous tunes and catchy rhythms.

A Sweden-based Nigerian musician, Dr. Alban, once said he considered him one of the best musicians to come out of Africa. Dr. Alban released an album titled Born in Africa after own album of the same name, in his memory. Lutaaya recorded two other albums in Sweden, Alone and Alone II.

Part of the reason why Lutaaya's music stands the test of time is because he put a lot of effort into it.

He knew what he wanted his song to sound like. Lutaaya could play the guitar, drums, and trumpet. It is this versatility that makes Lutaayaone of the biggest influences on contemporary Ugandan music.

The list of younger artists, who confess they were inspired by Lutaaya. It ranges from Eddie Yawe, Bobi Wine, Chameloene to Iryn Namubiru. 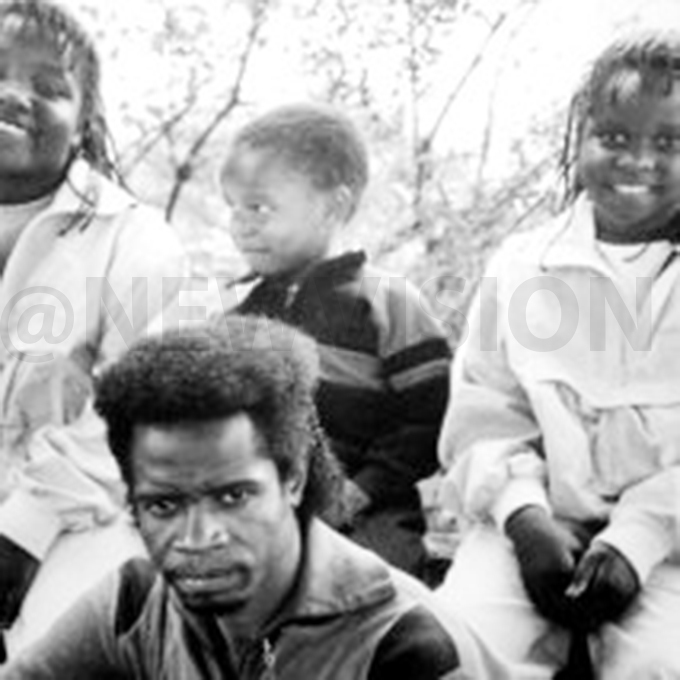 Lutaayadiscovered his talent music in Primary Two, while on a visit to King's College Budo. His brother, Abbey, remembers him as a curious child, who started by tinkering with mainly local musical instruments made from tins.

It was, however, at Kololo SS that Lutaayashocked his family when, in 1968, he told his parents he had decided to drop out of school to pursue a music career. The entire family was devastated. At that time music was regarded as an occupation for failures.

Neighbors who learned of this wondered what was happening to the young Lutaaya, but he had made up his mind about what he wanted to do in life.

A friend of Philly, recalls that Lutaaya first polished his music skills at Kololo Night Club in the Army Band, where he would be allowed to go and practice on the instruments.

He also sang with Cape Town Villa Band in Ggaba. At the time, people went into music for the love of it and not the money.

In 1969, he left Vox Nationale and formed the Eko Jazz Band, which played in Moroto Army Barracks.

On February 20, 1970, Philly, together with Kajura, a friend from Zaire (now DR Congo), sneaked out of Uganda with the band without informing his parents and eventually reached Goma. Their ambition was to reach Kinshasa, the capital city. On October 12, 1971, when Lutaaya celebrated his 21st birthday, the band arrived in Kinshasa where they had grand performances in several bars.

In 1973, Lutaaya and the Vox Nationale Band did their first recording using the late Congolese music legend Franco's equipment.

It was from this point that Philly's career in music took root.

When he returned to Uganda, Lutaaya quit the Vox Nationale Band and together with Peterson Mutebi, Geoffrey Kigozi and Frank Mbalire, joined the Cranes Band. However, it was not long before the band split. 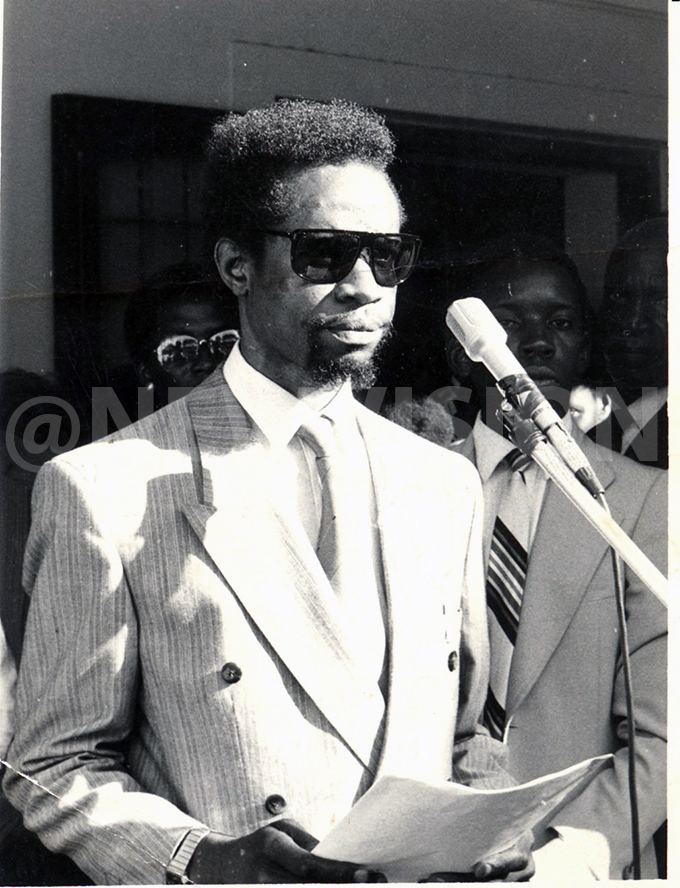 The journey to Sweden

In 1981, Hope Mukasa started a band, the Mixed Talents, which Lutaaya joined.

The group, however, shortly disintegrated. It was then that Mukasa decided to go to Sweden in search of better musical opportunities and to escape the political turmoil.

"On arrival, I realized there was a vacuum in African music. There was no African band in Sweden, yet the music was popular in Scandinavia," Mukasa recalls.

With friends Shem Makanga (now based in Canada) and Fred Tebuseke (still in Sweden), they called upon their former colleagues, who were still in Uganda to form a new band.

In Sweden, where Lutaaya lived with Hope Mukasa, he did odd jobs like washing dishes and sweeping the streets.

He was later selected to be the band leader, which they called Miti Mito, Luganda word for ‘young trees'.

The band was renamed Savannah and later contracted to play at a top pub, Kilimanjaro, which was owned by a Swedish-Nigerian singer, Dr. Alban.

Lutaaya fell ill in 1988, though, according to reliable sources in Sweden, he discovered he had HIV in 1984, the year he arrived in Sweden.

The news was so devastating that, friends say, he took to heavy drinking. He would board the underground train in drunken stupor, fall asleep and wake up hundreds of miles away. At times he would wake up in the middle of the night and just walk aimlessly.

Eventually, though, Lutaaya got over the shock and accepted his status.

He decided that if he was to die, he had to launch a fight against the disease and save millions. He resigned from Savannah Band and set out to accomplish his mission. He called his elder brother, Abbey and told him he had been diagnosed with HIV.

"My knees gave way. I told him to keep quiet, but he refused. He said he didn't want Ugandans to learn about it through rumors, so he wanted to go public," Abbey recalls.

Most regrettable is that he died at the peak of his career after struggling for 21 years. He tested HIV positive when he had attained the fruits of his sweat, which he never lived to enjoy.

Everything he wanted to say was summarised by the album Alone.

In his poignant song Osobola Otya, Lutaaya talks about the pain of betrayal by friends, who abandoned him after learning of his status.

That was also the essence of the song Alone and Born in Africa or, Giving a Face to AIDS (in the USA.

More saddening is the story behind the making of this film and album, when he was very frail. There were no ARVs at the time, his hair fell off, the skin was pale and covered with dark spots, the lips cracked and he could hardly walk without support.

But Lutaaya never stopped writing songs. He bounced off his bed and managed to travel to Uganda to shoot the documentary film about his life.