Dr. Kisekka Samson was born on 23 June 1912 in Mengo, Kampala to Paul M. Babikulya, a Muluka Chief, and mother Yaeri N. Babikulya.  He went to Kira and Ngogwe Central Schools in Nakifuma County and later King's College Buddo. He then joined Makerere University Medical School for six years to study medicine and graduated in 1935. 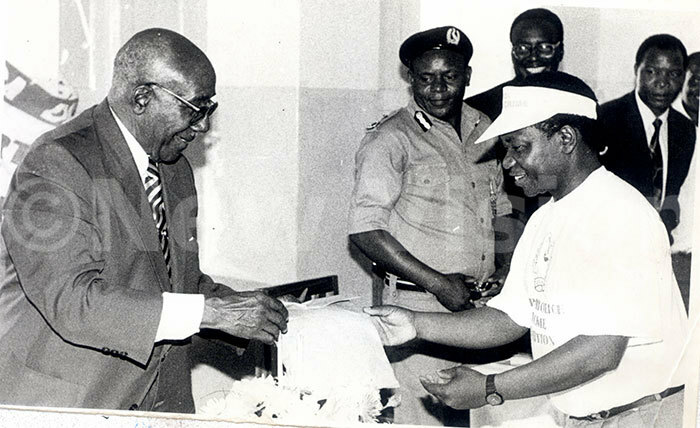 In 1939, he joined the Ministry of Health where he served until 1953. He played a strategic role in fighting for recognition of African Physicians. He got deeply involved in medical programs that mainly benefited the general public, orphans and other disadvantaged groups. 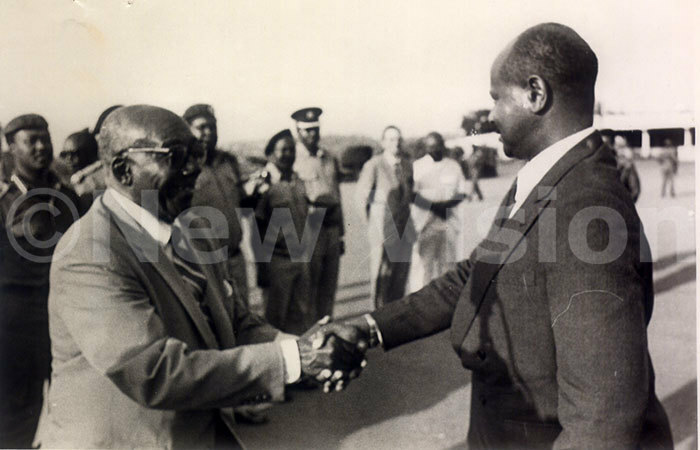 Pres. Museveni being welcomed from Paris by the Prime Minister Dr. Samson Kisekka at Entebbe 05.09.1990

His political life begun when he was elected as a representative to the Buganda Lukiiko representing Sentema constituency in Busiro from 1959 to 1964. 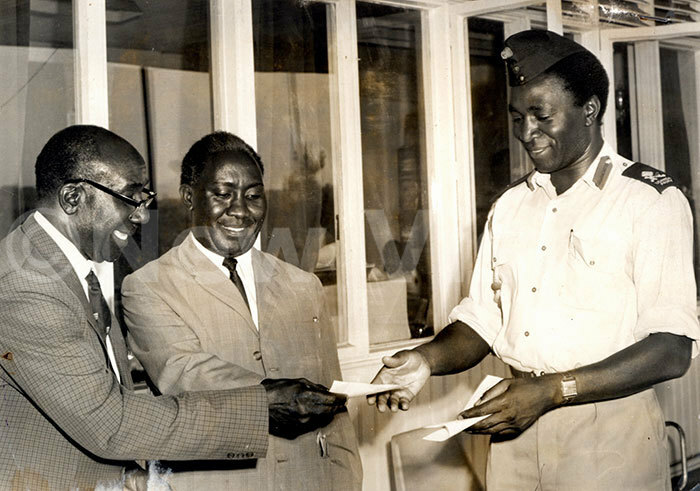 While in the Buganda parliament, the King of Buganda Muteesa II appointed him to be Minister of Health and Works for the Buganda Government for the period 1964 to 1966. 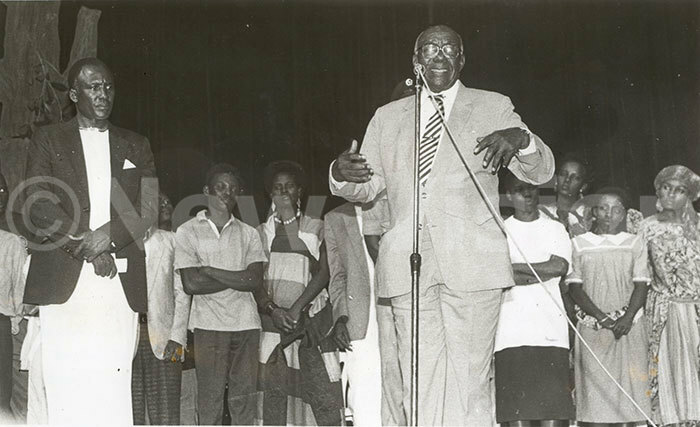 The Vice President Dr. Samson Kisekka adddressing the audience after the play 'The Shield' 24.11.93 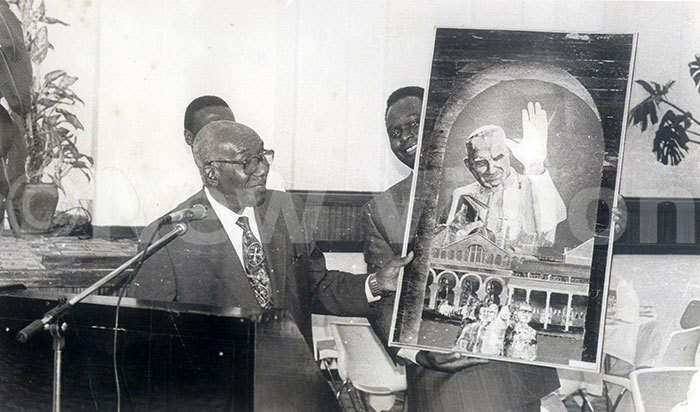 Dr. Kisekka was appointed Prime Minister of Uganda on 31 January 1986, in which position he served for five years. He was later elevated to the office of the Vice President on 22 January 1991. 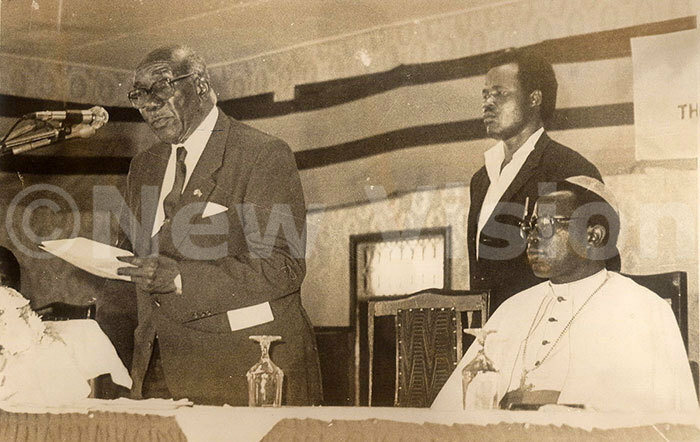 He also served as a special presidential adviser until his retirement in 1994. Dr. Kisekka was a recipient of numerous awards and honors both on national and international level the most recognizable ones being listed in Men of Achievement-International Directory of International Biography, "International Who's Who of Intellectuals", the first Ugandan to ever be included, decorated with Paul Harris Fellowship-Rotary International. 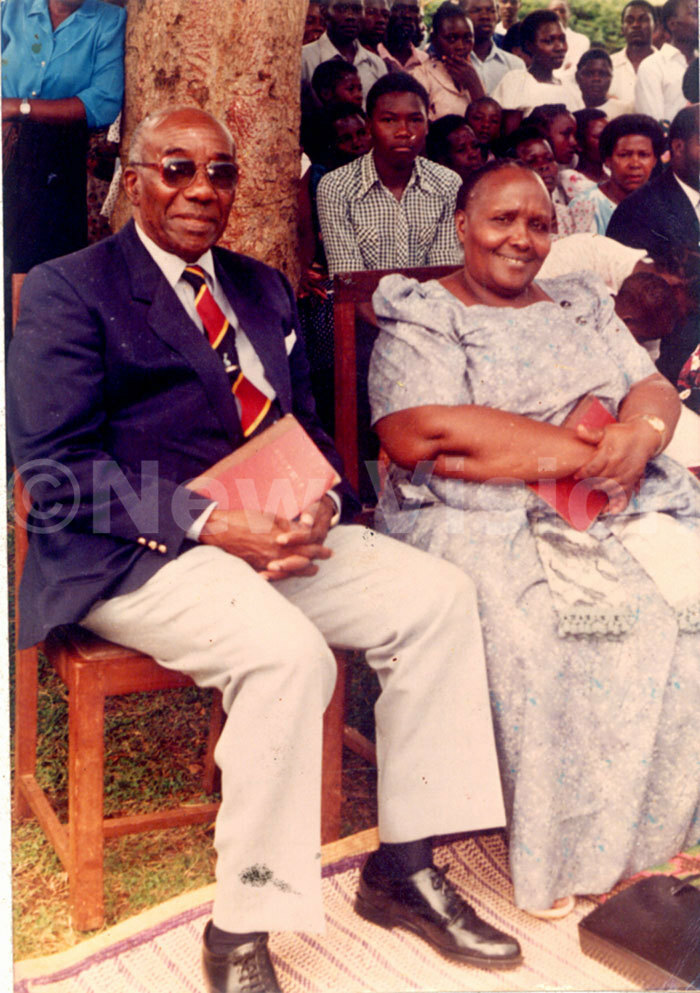 He was a staunch member and an Elder of the Seventh-day Adventist Church. He was a Director of Uganda YMCA between 965 and 1975.

He was a life member of the Uganda Bible Society, and a member of the International Religious Liberty Organization since 1987.  He died at University College Hospital in London, England, of a heart attack on 25 October 1999, while awaiting heart surgery. 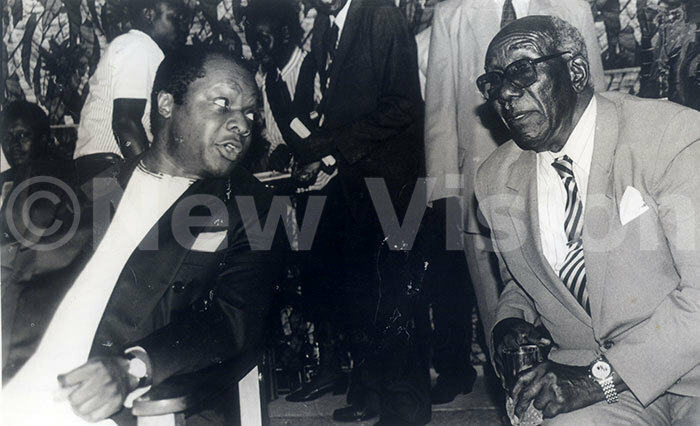 Kabaka Ronald Mutebi II exchanging ideas on the monarch with V. P. Samson Kisekka at Bulange during the cocktail party to mark the 1st anniversary of the coronation 31.07.94