Pandemonium ensued at the International Crimes Division of High Court in Kololo moments after four of the eight Kaweesi murder suspects were discharged by the court registrar.
JUSTICE SYSTEM

KAMPALA - The Judiciary has condemned a court raid mid-this week by security personnel during which four suspects were re-arrested shortly after being granted bail in connection with the murder of former Police spokesperson Andrew Felix Kaweesi, his bodyguard and driver.

Deputy Chief Justice Alfonse Owiny-Dollo described the high-handedness in the re-arrest of people released by court as "a direct affront to the much cherished rule of law in Uganda".

The Judiciary urged security agencies to "refrain from flagrant abuse of the law".

The statement added that the perpetrators of should be "brought to book as a clear and unmistakable statement that actions such as this one cannot be tolerable". Deputy Chief Justice Alfonse Owiny-Dollo condemned the manner in which the suspects granted bail were rearrested
Pandemonium ensued at the International Crimes Division of High Court in Kololo  moments after four of the eight Kaweesi murder suspects were discharged by court registrar Esther Nasambu.

The men had just been released on bail by Justice Lydia Mugambe.

In a dramatic episode, Joshua Kyambadde, Jibril Kalyango, Yusuf Nyanzi and Yusuf Mugerwa were rearrested by armed uniformed and plain-clothes security men alongside their lawyer James Mubiru and driven off.

The following day, UPDF spokesperson, Brig. Richard Karemire was quoted by the media defending the arrests.

WATCH: The pandemonium at court

Local media reported Karemire as indicating that the suspects had been picked up by joint security forces and are 'locked up at a gazetted facility on allegations that they were peace violators'.

"The Courts of Judicature will continue to pursue the due process and ensure that persons accused before courts of law are accorded a fair trial to establish their guilt or innocence," Owiny-Dollo said.

He added that over time, the Judiciary has noted with concern the increased and persistent cases of interference in the administration of justice by security agencies.

Dollo noted that the most recent incident was on Wednesday, "where four murder suspects were, "wantonly, crudely and brutally re-arrested at the precincts of the International Crimes Division of the High Court in Kololo, which had just released them on bail."

The re-arrested men are on trial before court or the March 2017 murders of Kaweesi, his driver and body guard.

They were blocked from leaving the court precincts by the armed operatives, before later being whisked away to an unknown destination.

THE EPISODE: From temporary freedom to rearrest 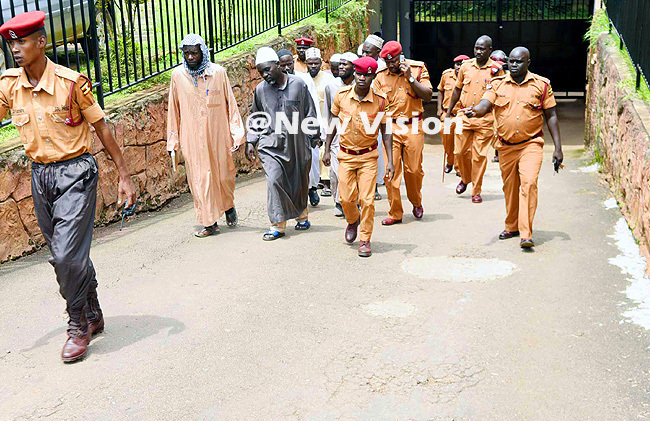 The moment the suspects were brought to court from Luzira 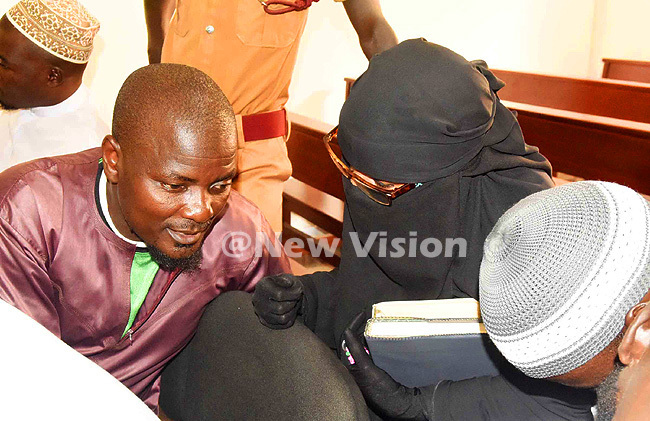 Inside the courtroom, one of the suspects had a chat with his wife 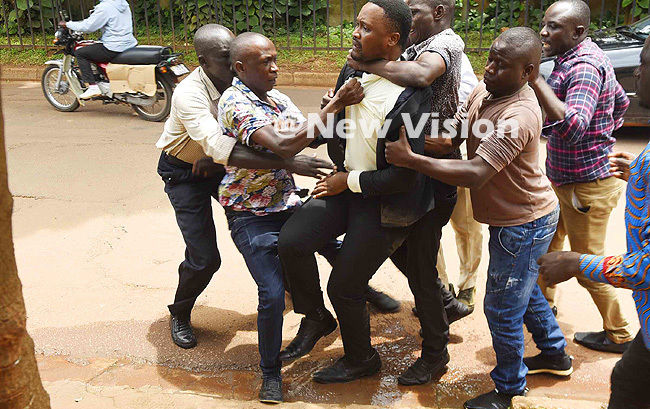 
On the arrest of the suspects' lawyer, Owiny-Dollo said: "An advocate is an officer of court and must be accorded protection when he or she is executing professional services to accused persons or litigants in courts of law".

"Such blatant actions, as this one, sadly leads to people's loss of faith in the courts of judicature, which can only result in grave ramifications where people choose not to come to the courts of law; but to take the law into their hands," the statement said.

The Deputy Chief Justice said Wednesday's episode is "a sad reminder that more still needs to be done to instill the importance of the rule of law in the institutions charged with keeping law and order".

His advice: "Even where courts have made decisions considered to be wrong, the proper course of action is to seek redress within the law.".