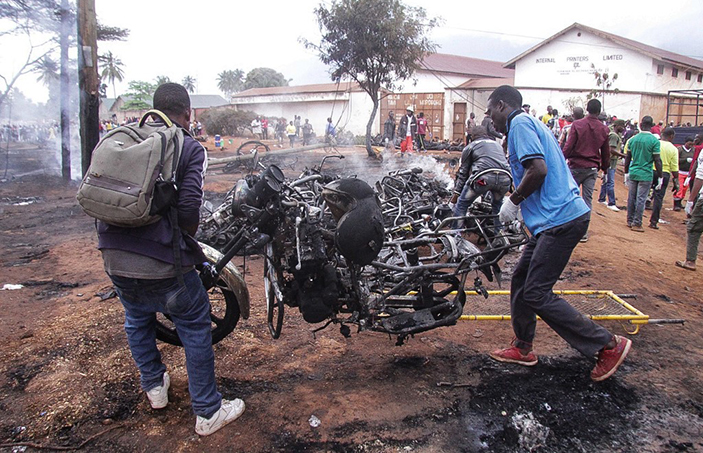 Tanzania was in mourning Sunday, preparing to bury 69 people who perished when a crashed fuel tanker exploded as crowds rushed to syphon off leaking petrol.

President John Magufuli declared a period of mourning through Monday following the deadly blast near the town of Morogoro, west of Dar es Salaam.

He will be represented at the funerals by Prime Minister Kassim Majaliwa, an official statement said.

"We're currently mourning the loss of 69 people, the last of whom died while being transferred by helicopter to the national hospital in Dar es Salaam," Majaliwa told residents in comments broadcast on Tanzanian television.

The number of injured stood at 66, he said. 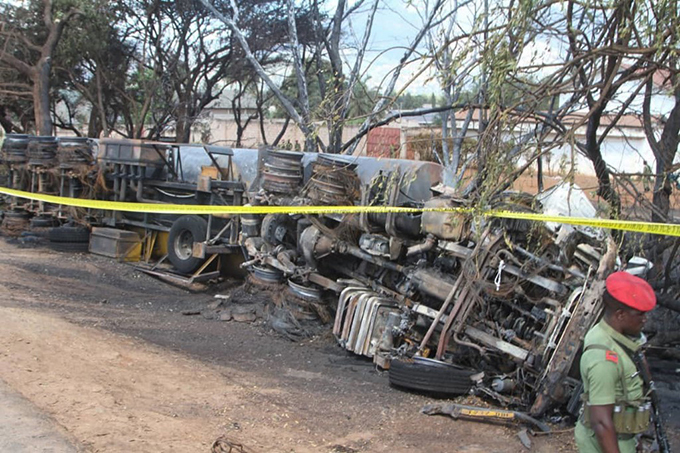 The burials will start Sunday afternoon, Parliamentary Affairs Minister Jenista Mhagama announced during the morning after relatives identified the dead.

"The preparations for the burials have been completed. Individual graves have been dug and the coffins are ready," Mhagama said, adding that experts would be available to offer psychological counselling to the victims' relatives.

DNA tests would be carried out on bodies that were no longer recognisable, Mhagama said, adding that families could take the remains of their loved ones and organise their own burials if they preferred.

In the latest in a series of similar disasters in Africa, 39 seriously hurt patients had been taken to hospital in Dar es Salaam while 17 others were being treated in Morogoro, 200 kilometres (125 miles) west of the economic capital of Tanzania.

Footage from the scene showed the truck engulfed in flames and huge clouds of black smoke, with charred bodies. The burnt-out remains of motorcycle taxis lie scattered on the ground among scorched trees. 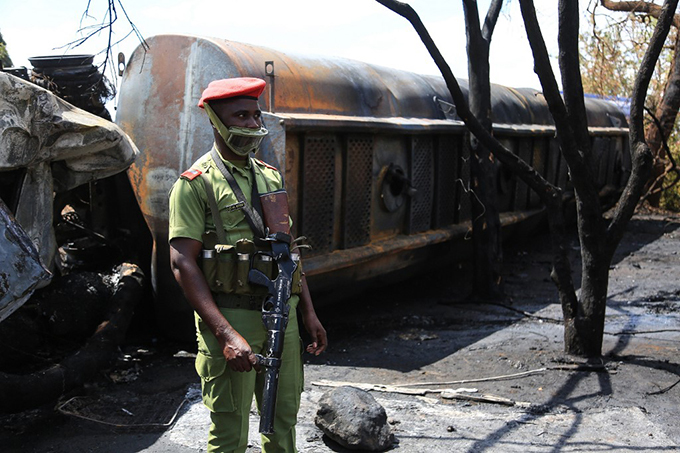 A video posted on social media showed dozens of people carrying yellow jerricans around the truck.

"We arrived at the scene with two neighbours just after the truck was overturned. While some good Samaritans were trying to get the driver and the other two people out of the truck, others were jostling each other, equipped with jerricans, to collect petrol," teacher January Michael told AFP.

"At the same time, someone was trying to pull the battery out of the vehicle. We warned that the truck could explode at any moment but no one wanted to listen, so we went on our way, but we had barely turned on our heels when we heard the explosion."

President Magufuli called Saturday for people to stop the dangerous practice of stealing fuel in such a way, a common event in many poor parts of Africa. 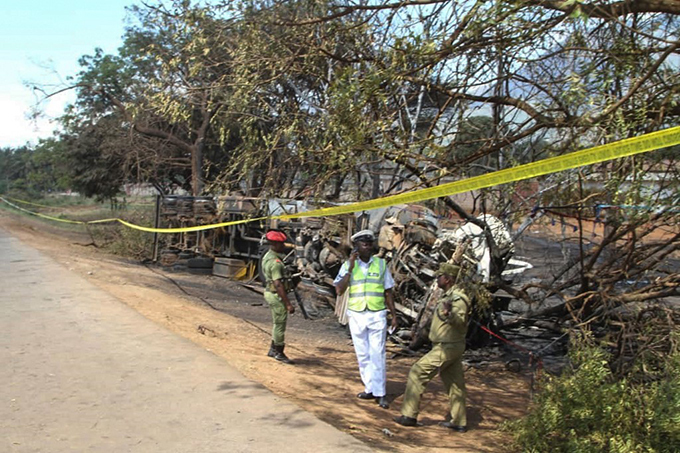 He issued a statement saying he was "very shocked" by the looting of fuel from damaged vehicles.

"There are vehicles that carry dangerous fuel oil, as in this case in Morogoro, there are others that carry toxic chemicals or explosives, let's stop this practice, please," Magufuli said.

Last month, 45 people were killed and more than 100 injured in central Nigeria when a petrol tanker crashed and then exploded as people tried to take the fuel.

Among the deadliest such disasters, 292 people lost their lives in the eastern Democratic Republic of Congo in July 2010, and in September 2015 at least 203 people died the South Sudan town of Maridi.