Home
NEWS
Media
Supplements
Tenders
Notices
As part of the activities to prevent teenage pregnancy, PTMOF has organised a discussion, dubbed Breaking the silence in Toronto Canada and it was was endorsed by the ambassador of Uganda to Canada, Joy Ruth Acheng, in Ottawa on Wednesday

DIASPORA - There are few people who make it out of a dire situation and turn back to give a helping hand to those in a similar condition. One such a person is Solome Nanvule, who made it to Canada from Uganda, where she lived in absolute poverty with her single mother and siblings.

When Lady Luck smiled her way through her guardian, Rev. Fr. Raynald Pelletier, a missionary from White Fathers of Canada, Nanvule did not forget others in need.

"My guardian, Fr. Pelletier, a missionary, took care of me from P.3 to Makerere University, where I graduated at 19 years. I had skipped some of the lower primary classes. However, I still became a victim of teenage pregnancy at the age of 19," said Nanvule.

She added: "When I went to Canada, I was put in the teenage pregnancy programme," she says. 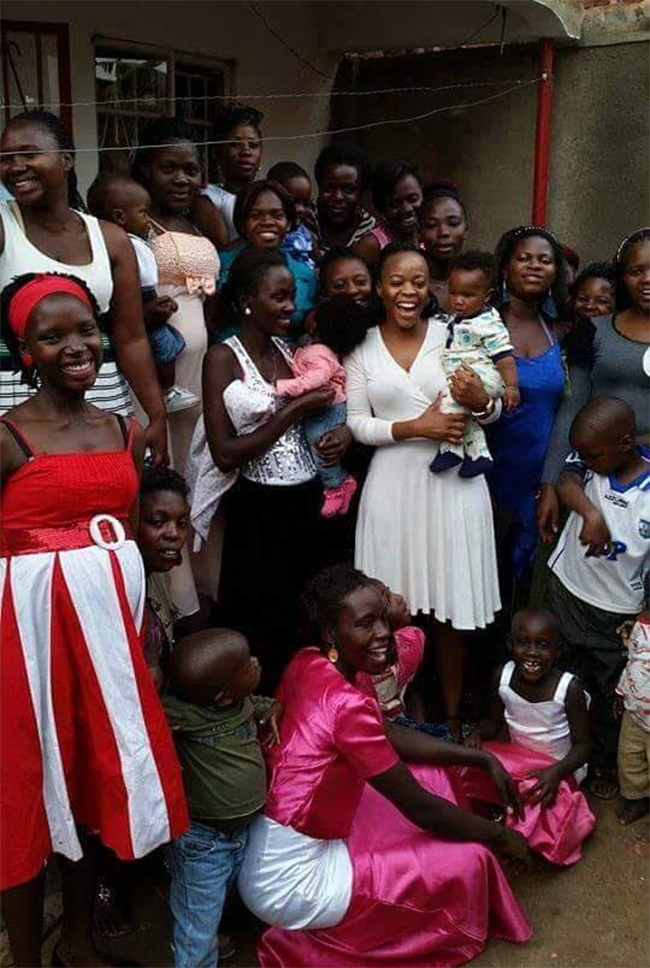 The Canadian government started taking care of her, paying for her accommodation, medical care, food, and transport, until she gave birth in 2002. The government continued to support her and her baby until she found a job.

Given her experience, she also decided to give back to teen mothers in Uganda. 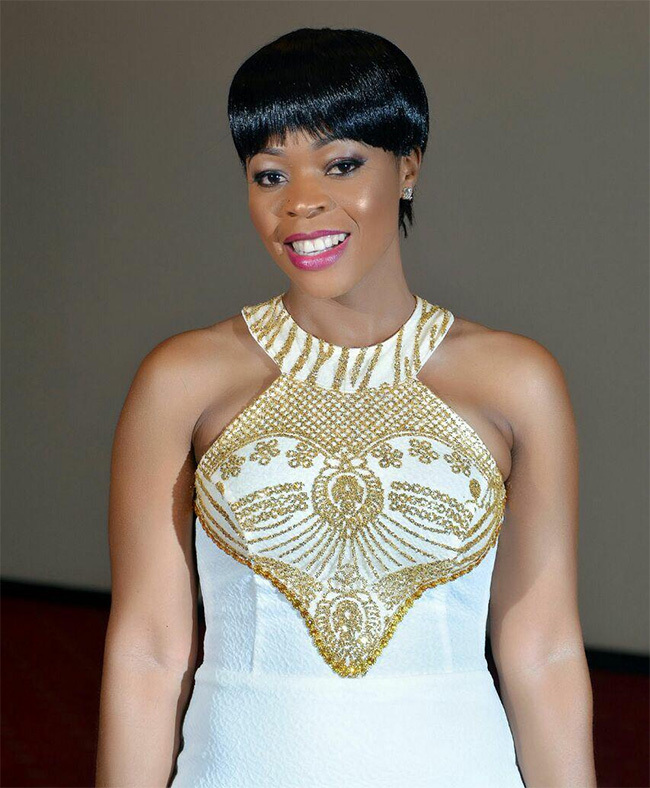 According to Nanvule, who doubles as founder and director, PTMOF helps teenage mothers to attain self-reliance through vocational skill training, counseling and reuniting families.

Today Nanvule is married to Godfrey Ssembeguya and they have two children.

Alice Namuwulya, a community worker at PTMOF Uganda for the past eight years, says Nanvule calls them regularly to follow up on the activities at the foundation. She also comes to Uganda every year. As part of the activities to prevent teenage pregnancy, PTMOF has organized a discussion, dubbed 2019 Uganda Dialogue: Breaking The Silence Youth and Women Convention Toronto Canada.

"I have teamed up with Doctors Without Borders, nurses and counselors in Canada to organize the first youth conference on sex abuse; Break the silence. In most Ugandan cultures, sex is sacred which is why it's rarely talked about. As a result, children lack the information and they fall victim to all forms of sex abuse. Even when they are sexually abused, they rarely talk about it because they feel embarrassed," says Maama PTMOF, as Nanvule is referred to by her colleagues.

"For example, most girls under my care were seen as spoilt and stupid when they got pregnant," she adds.

The event, which was endorsed by the ambassador of Uganda to Canada, Joy Ruth Acheng, in Ottawa on Wednesday, is scheduled to take place between September 06 - 07, 2019 at the Bethlehem United Banquet Hall 1Leswyn Road, ON, M6A1J8, in Toronto, Canada. 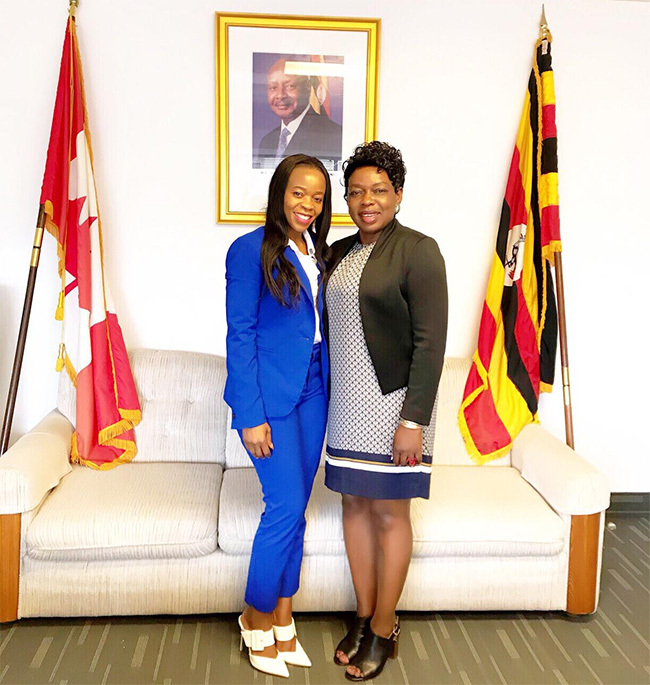 It will close with a grand dinner at Momentum Montessori Banquet Hall, 237 Sackville Street ON MSA 3G1, in Toronto Ontario.

Nanvule says the dialogue, under the theme 'Involving, investing (in) and inspiring youth, women, and allies to act against violence', expects between 250 - 500 participants from Uganda, Canada, United Kingdom, and the United States.

"Florence Nakiwala Kiyingi, the Minister of State for Youth and Children Affairs and Fred Mukasa Mbidde, a member of the East African Legislative Assembly, have confirmed their participation," she says, adding that registration is underway in Canada and at Post Bank, Nkuruma Road in Uganda. 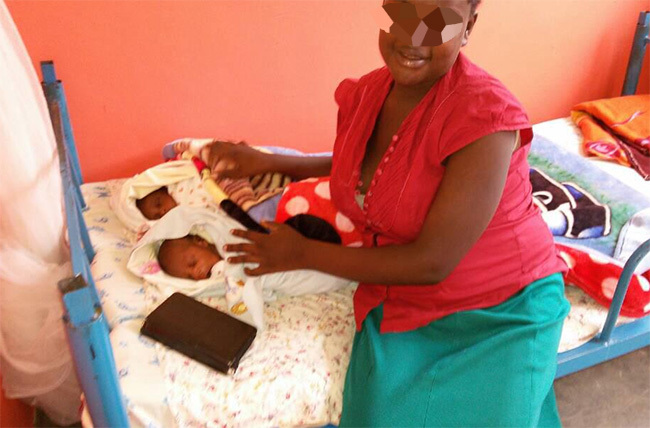 One of the teenage mothers with her newly born twins

Nanvule notes that they will discuss strategies to address violence against youth and women, support youth and women in Uganda and the diaspora to speak out against violence and how to build resourceful and resilient youth communities.

She adds that often in Uganda when a girl gets pregnant, she is judged and blamed.

"I want to give the girls the voice and let them know that it's okay to mention that you were raped; you didn't consent. This is what happens in Canada. We are going to be with youths from Uganda as well as those from Canada and we compare notes," she explains. Some of the children of teenage mothers pose for a picture

Namuwulya, a social worker at PTMOF says they usually find the pregnant girls living with their friends, aunties or grandparents, after being chased away from home. Some girls run away from their parents after getting pregnant.

"A case in point, parents of a 14-year-old girl were mad at her after she got pregnant but we convinced them to support her so that she is able to take care of her child," she adds.

"When I got pregnant, my parents were very tough at me, but they eventually forgave me and told me not to abort, but give birth to my child," she says.

Pelletier Teenage Mothers Foundation (PTMOF) is a non-profit organization that offers care and protection to pregnant teenagers, teenage mothers, and their children.

It was founded in 2011 by Solome Nanvule. She named it after her benefactor Rev. Fr. Raynald Pelletier (RIP), who worked with vulnerable children for over 25 years in Uganda before retiring to Canada.

It started in a friend's garage in Nansana, Wakiso district with five teenage mothers and later moved to Nanvule's family home also in Nansana.

She says currently PTMOF has a branch in Canada and has helped more than 300 teenage mothers. 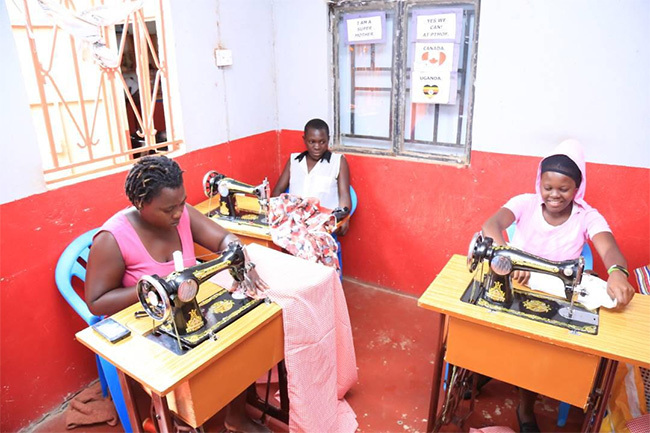 Among the skills the girls get is knitting, tailoring, hairdressing, baking, making candles and soap.

Olivia Najjemba, one of the youth beneficiaries of PTMOF, says she learnt how to bake cakes, which has enabled her to earn a living.

"I completed A-level, but I didn't have tuition for university education, so I sought for jobs in vain. I then joined PTMOF and was taught how to bake cakes, which I sell for a living," she says. 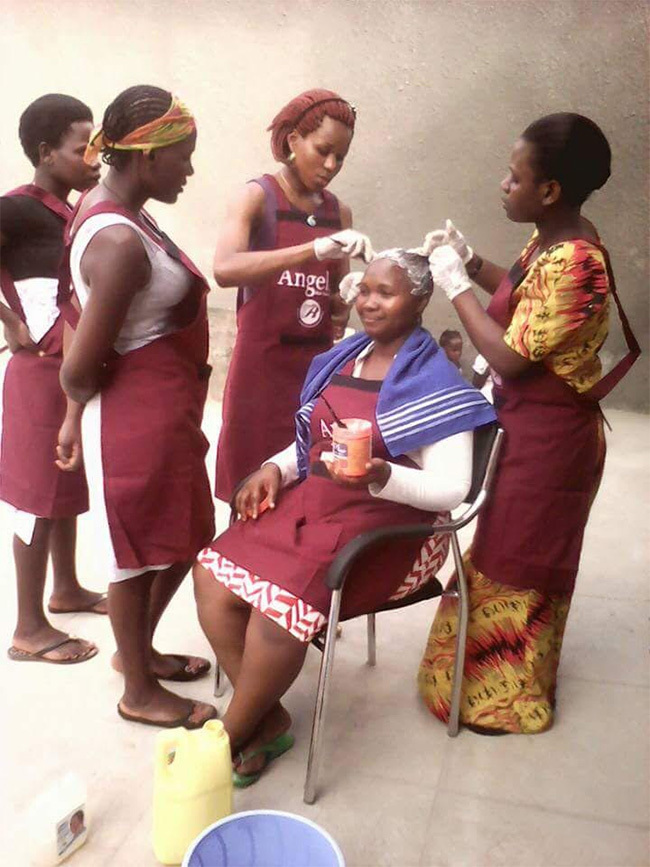 Plans for the future

Nanvule says she wants to acquire a five-acre piece of land to build a vocational institute, housing facilities for young mothers and their children and a maternity centre in Uganda.

Teenage pregnancies in Uganda in numbers

Teenage pregnancy rates are staggeringly high in Uganda. According to the country's 2011 demographic and health survey, nearly a quarter of girls aged 15 to 19 have had a baby or are pregnant.

Child pregnancies increased to 25% and it is estimated that 24% of female teenagers are either pregnant or have given birth according to the 2016 Uganda demographic report.