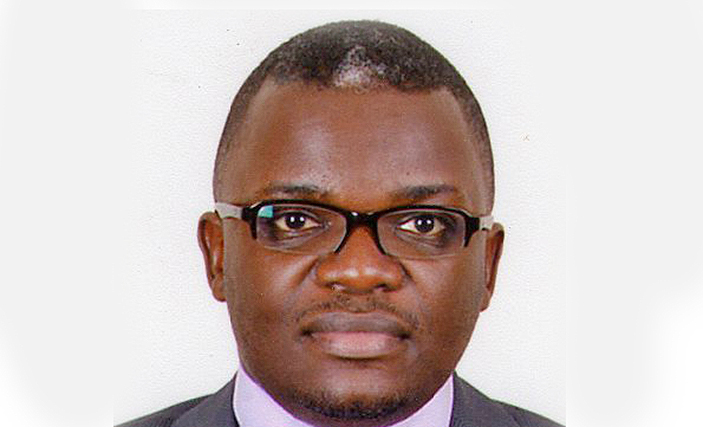 The ubiquity of the chaos we are experiencing in Uganda during political demonstrations is an indicator that the POMA labours under a design defect
TOP Opinion STORY
Sat May 04 2019 .
Public Order Management Act: More order or chaos

There is a thin line between order and chaos. This thin line can be seen under the Public Order Management Act 2013 (POMA) if you have ever witnessed the Uganda Police do battle with activists and protesters who are accused of holding illegal meetings, demonstrations or processions. Since the last general elections of 2016, several disruptive political demonstrations and riots have graced our political scene. I have seen some orderly political meetings, assemblies or demonstrations during that period, but these have not been able to redeem the negative image of the POMA. As a result, many people are left wondering whether the POMA and its enforcement is serving us more chaos than the public order it promised.

From the perspective of legislative intent, it is not a comfortable claim to say that the POMA achieves its purpose of safeguarding public order if destruction, chaos, teargas and bloody faces perennially show up whenever it is invoked by the Police and military to quell protests. On their part, prominent political actors like Hon. Kyagulanyi a.k.a Bobi Wine and Rt. Colonel Kizza Besigye take the championship of receiving the most wrath when the Uganda Police and security apply the POMA to their events. The government maintains that the duo are up to no good as they are simply defiant but the duo also assert that they are exercising their constitutional freedom to assemble and demonstrate.

To juxtapose the need for a government to maintain public order and balance it against the universal right of citizens to protest and demonstrate is something that has eluded many governments around the world. Even mature democracies like France where the government is still confronting the yellow vest protests, it has not escaped criticism for high handedness or use of excessive force in some instances. The only difference between France and Uganda is that the former has employed various political and consultative approaches to engage the protesters instead of using the brute force of the Police frequently. Generally speaking, the use of brute force has the potential of generating violence which begets even more violence. I would like to assume that this is the reason we have ended up in a gridlock of regular and cyclic violent protests in Uganda. It is debatable whether might is always right but it is not debatable that all Ugandans irrespective of their ethnic, religious, political or socio-economic standing deserve to live and work in a peaceful and orderly country.

I, therefore, believe that it is time for us to take stock and audit the effectiveness of the POMA as a law which is supposed to serve the public interest to maintain public order before that law delivers another bad story. Uganda desperately needs some good stories which when they appear, often do a considerable repair job of our national image. It does not make sense for us to have a good story about Uganda Airlines in the same month we have local and international media buzzing with ghastly images of the Police battering protesters. This gives the country a sweet and sour image, basically a distorted image which undermines our efforts to promote Uganda as a peaceful country which is ready for business.

I have singled out the POMA for fault because under S.8 thereof, it gives Police discretionary powers to stop or prevent the holding of a public meeting which is surprisingly defined to also include processions and demonstration. This is the provision of the law that most opponents find very repugnant. The repugnance bellies in the fact that the provision is prohibitive and not just regulatory of a constitutional right to assemble and demonstrate under Article 29(i) (d) of the Constitution. Established principles of constitutional interpretation maintain that the constitution reigns supreme over subsidiary legislation like the POMA.

Under the said S.8 of the POMA, the Police can stop a public meeting if they think that the venue where the public meeting is to be held is unsuitable for purposes of the traffic or crowd control or that the meeting will interfere with other lawful businesses. The law does not provide the specs for a suitable venue, traffic or crowd against which the exercise of the Police authority can be measured. This has become a breeding ground for fierce contests about the interpretation of that provision. The sceptics argue that the powers granted to the Police under the above section are vague, open-ended and liable to abuse and political machinations.

Because of the obvious difficulties of enforcing the POMA by the Police, we appear to have sowed the seeds of defiance and unwillingness to obey the directives of the Police especially with regard to political meetings and demonstrations. The Courts have offered some guidance on the matter but their decisions like that in Muwanga Kivumbi Vs AG constitutional Petition No.9 of 2008 which nullified Police powers under S.32 Police Act cap 303 have come to nothing because the aforesaid nullified provision was re-enacted under S. 8 of the POMA.

It is, therefore, my considered opinion that the ubiquity of the chaos we are experiencing in Uganda during political demonstrations is an indicator that the POMA labours under a design defect. I think it is time for us to reach a new consensus as a country on which POMA works best for us. I don't see any problem with changing a law if it creates more problems than it solves especially if that law creates more political and governance problems which our history abhors.

We should follow the example set by the handling of the Sugar Bill 2016 which has recently caused a revolt and demonstrations by stakeholders in the sugar industry. I hasten to add that these demonstrators have been fortunate enough not to be met by the wrath of the violence associated with enforcing the POMA. The contested bill was withdrawn from Parliament to allow for more consultations with stakeholders. I believe this was the right thing to do. If we can withdraw a vilified bill that relates to sugar, how then can we fail to withdraw or change another vilified law which affects the governance of the whole country? It is time to put on our thinking caps.

For God and My Country.

The writer is a Managing Partner of the Muwema & Co. Advocates