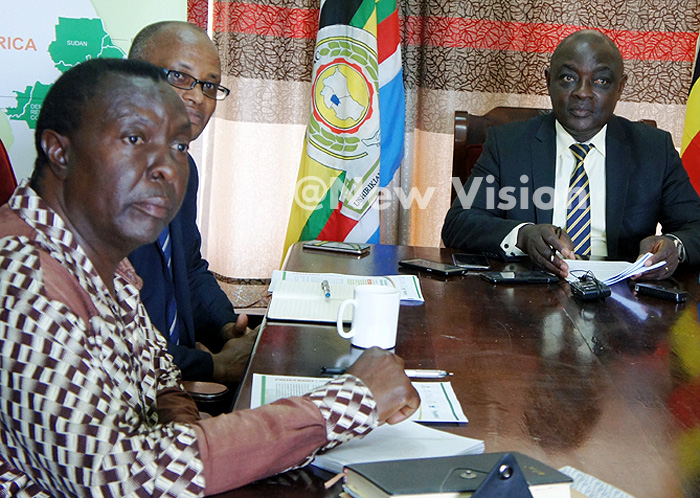 "We shall discuss how to co-ordinate and harmonise rationalisation of policies for cross-border trade."

On the second day of May, Uganda will host a regional ministers' summit on agriculture and trade in Kampala.

It has been organised by the agriculture ministry in conjunction with the Association for Strengthening Agricultural Research in Eastern and Central Africa (ASARECA).

Agriculture minister Vincent Sempijja told reporters at the ministry headquarters on Tuesday that the summit is aimed at co-ordinating the generation of research solutions to challenges affecting agricultural sector such as the management of trans-boundary diseases such as cassava brown streak disease and maize lethal necrosis virus.

The summit has been organised under a theme 'Repositioning ASARECA for accelerated African agricultural transformation, and a sub-theme; Enhancing productivity, Resilience and Prosperity in Africa'.

It is aimed at pulling a team of scientists in the region to work on common challenges.

Meanwhile, when asked about government's plans of fighting the water weed that has engulfed part of Lake Kyoga, minister Ssemipjja assured that government is committed to finding a sustainable and long-lasting solution to the hyacinth.

"We are to partner with other line ministries to use biological control measures to get rid of the hyacinth on Lake Kyoga. We are briefly waiting for Cabinet's approval for such a remedy before we can proceed," he said.

Jean Jacques Mbonigaba, the ASARECA executive secretary, advised that water weeds can best be handled by addressing such causes that bring about the hyacinth.

"River silting and soil erosion have proved to be the major causes of catastrophic water weeds. By addressing such causes, we are assured of curbing the weed," he weighed in.

Dr. Drake Mubiru, a principal research officer at the National Agriculture Research Organisation (NARO), spoke of the biological control method of getting rid of the water weed as the best method compared to other methods.

"With the biological method, we introduce organisms which eat away that weed, as the case was with the water hyacinth which had covered Lake Victoria in the past years."

He added that such a method requires Cabinet's approval or at times Parliament's consent.