Home
NEWS
MEDIA
Supplements
Tenders
Notices
The Uganda Women Entrepreneurship Programme has been running for about four years. Over 9,381 projects have been funded with a total membership of 117,551 women

The Uganda Women Entrepreneurship Programme has been running for about four years. Over 9,381 projects have been funded with a total membership of 117,551 women

Cabinet has sanctioned 16 performance enhancement measures that will make it easier for women to access funding from the Programme, utilise the money and pay it back.

UWEP has been running for about four years. Over 9,381 projects have been funded with a total membership of 117,551 women.

The permanent secretary in the ministry of gender, labour and social development, Pius Bigirimana, revealed that among the changes was the reduction of the minimum group size to five (5) from ten (10).

"This will enhance group cohesion since the requirement of ten members has been restrictive. The group approach was adopted because it is cost effective and enables members to co-guarantee each other since we do not require security from beneficiaries," Bigirimana told a news conference on Tuesday.

To deal with the delays of disbursement of funds from Districts to groups, Cabinet approved the direct transfer of money from the Ministry of Gender to beneficiary group accounts.

Closely related to that, Bigirimana said, women groups will also maintain only group members as signatories to their accounts [that's the chairperson, secretary and treasurer], unlike now when they co-opt the sub-county chief. This is meant to solve the issue of some unscrupulous officials who have misused the opportunity to ask for money from the women.

Cabinet further allowed the women groups to open and operate savings accounts so as to reduce the operational costs associated with the current accounts that they hold right now.

In response to an outcry to allow members to run individual enterprises, Cabinet passed a resolution authorising flexibility in the management of enterprises at individual and/or mini-groups level where applicable.

Bigirimana clarified that this means that group members can borrow money and finance individual enterprises but they remain collectively responsible for the loan repayment. 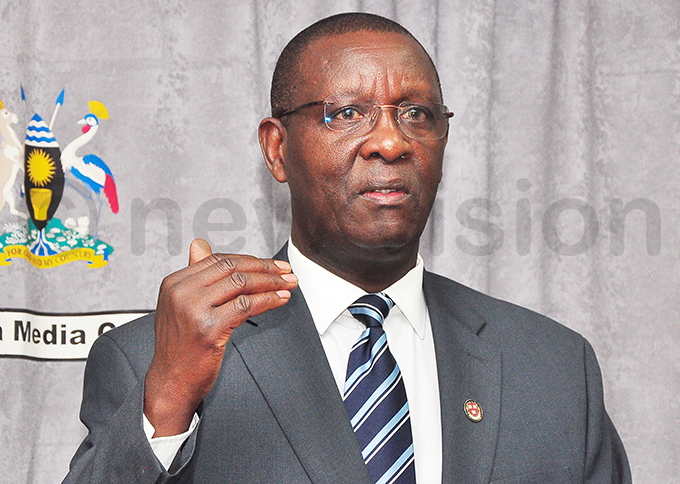 He added that for groups that have completed repayment but wish to scale up their activities/innovations, the ministry is opening a window within the programme to swiftly support such groups.

To match the growing trend of financial management and ease of repayments, Cabinet sanctioned the programme to integrate the use of ICT platforms for monitoring project implementation as well as mobile money for repayments especially for hard to reach areas.

To mitigate losses arising from unforeseen calamities like extreme weather, the ministry secured Cabinet approval to explore possibilities of in-building affordable insurance products to safeguard beneficiaries through the Agricultural Subsidy Scheme in collaboration with the Agro-Consortium.

To cater for increased training, technical support and supervision of groups, the programme's resource allocation for institutional support was increased to 20% from the current 15%.

Bigirimana revealed that currently the programme targets women aged between 18 and 65 years, however, the upper age limit cap has been lifted from 65 to 79 years.

"This opens opportunities for more women. With the age of beneficiaries under the Social Assistance Grants for Empowerment increased to 80 years, the ministry is happy to incorporate women in the 65-79 age bracket into the programme," he said.

He was elated by Cabinet's approval of the proposal to allot women quotas in public procurement at the local and national level. Under the new guidelines, at least 30% of all procurements should be provided as local content by the women.

"This will open markets for the women and empower them economically," Bigirimana said.

He said the ministry would henceforth keep a keen eye on and prioritise enterprises in value addition so as to enable the women to set up small scale cottage industries and therefore have a high multiplier effect on job creation. He called upon women to submit more projects in this area.

"We also want to support women enterprises to tap into new profitable ventures and opportunities such as in the pharmaceutical industries, construction sector, and extraction of plant and animal oils, wheat, and technology among others."

He revealed that that would go hand in hand with creating backwards and forward linkages through collaboration with research and enterprise incubation centres for purposes of promoting innovations and product development.

Another unique area that was approved for funding was the music and film/creative industry. Bigirimana called upon women with ideas in this field to apply for capital.

Meanwhile the UWEP national programme coordinator, Brenda Kifuko Malinga revealed that to-date sh7,069,684,946 has been paid by the beneficiaries out of the sh8,710,321,031 that is due for repayment. That represents an 80.1% repayment rate.

She said this impressive repayment rate had demystified a popular belief among commercial banks that women are not bankable.

"Our desire is to see commercial banks opening up more facilities for women and cutting back on the stringent requirements," she noted.

She further revealed that besides extending direct capital to 117,551 women and building financial inclusion of women, UWEP has enabled its beneficiaries to acquire assets such as domestic animals, now at 59.7% of the beneficiaries, mattresses 54.5%, phones 51.9% and beds 28.3%.

In addition, the programme has enabled women to acquire assets such as land 1.1% and houses 0.8%.