Home
NEWS
Media
Supplements
Tenders
Notices
The authority says reduction in the traffic of these trucks shall provide ample space to the contractor to accomplish the works on time and the dates to resume the use of the route shall be communicated.

“Those who came aboard buses told us that passengers with Rwandan Identity cards were stopped from travelling to Uganda, but rather clearance was given to Congolese, Burundians and other nationals,” he said.

People and their goods are stranded at the Uganda-Rwanda border after they were denied entry into Rwanda.

Drivers said they were forced to park their trucks at around 5:00pm on Wednesday after their colleagues, who had earlier on been cleared by the Ugandan customs officials were denied entry into Rwanda.

According to Sam Serwanga Bunkeddeko, the chairperson for clearing agents at Katuna border, there was worry two weeks ago when Rwanda halted the movement of Hima cement alongside other items from Mukwano Group of companies and Roofings Ltd from entering their territory.

Serwanga says only buses were seen coming from Rwanda and no vehicles were allowed to cross to either side.

"Those who came aboard buses told us that passengers with Rwandan Identity cards were stopped from travelling to Uganda, but rather clearance was given to Congolese, Burundians and other nationals," he said. 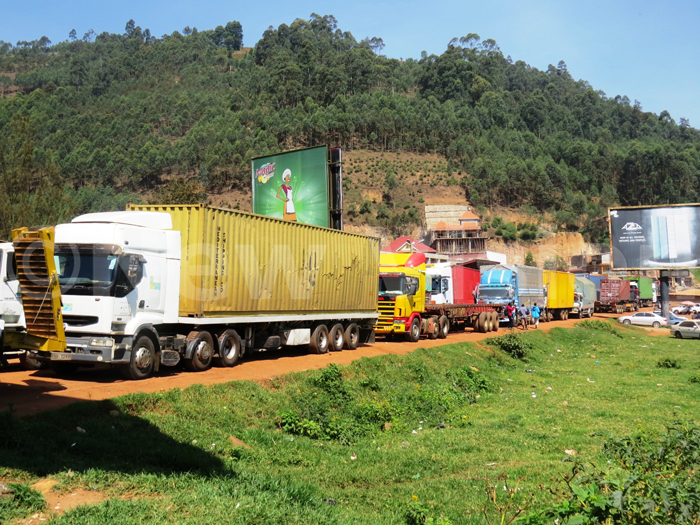 Serwanga says traders were not alerted about any changes in the routes before they reached the border.

Meanwhile, drivers are worried that if the situation continues, they may make a lot of losses since they cannot deliver products as expected.

Peter Rukundo alias Kyakabale, a cement driver said he was not happy with the situation that has caused unnecessary delays on the border.

"I arrived here at 10:00pm yesterday, but to my surprise, there is no green light and I feel so tired. At least they should have told us what is happening for us to act accordingly," he said.

Geoffrey Muhendo, a clearing agent, said all they need is a clear statement from Rwanda explaining why they are not allowing Ugandan vehicles to cross. 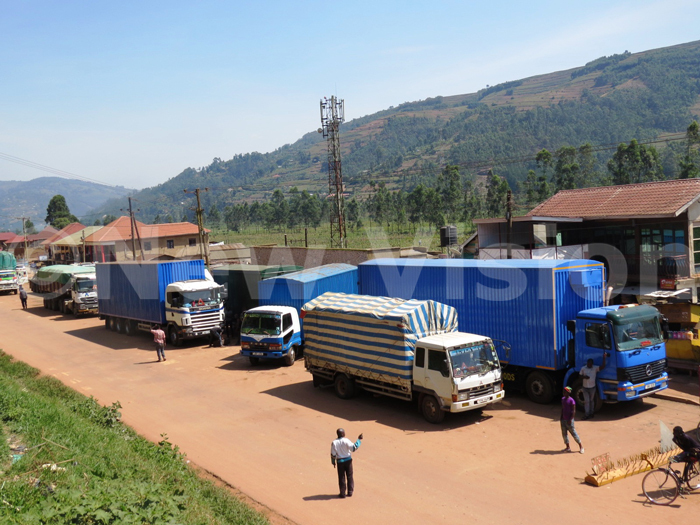 "As you can see a lot of our drivers are stranded here which is not good, especially for the two sister countries. I wish there was a streamlined system of communication making our relations as countries good," said Muhendo.

"We are telling our people to keep calm as we await the next move. Apparently, we are praying that this ends as soon as possible for business to continue normally," he said.