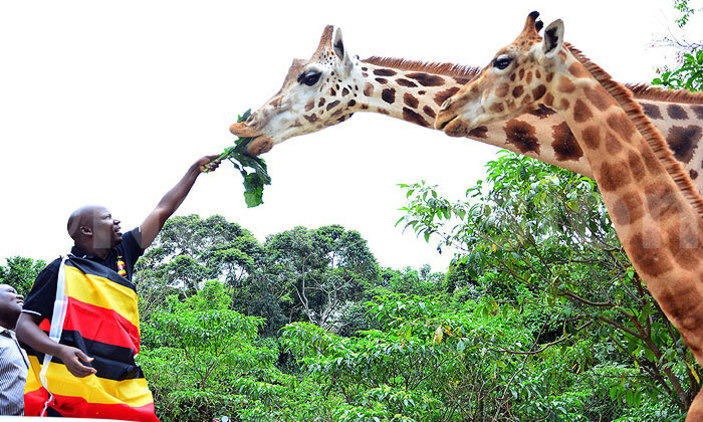 Around 2016 or so, the Rolex chapatti branding campaign was initaiated and executed with little or no results and now, the planned one is the “curvey women promotion” by the Honorable minister of Tourism Kiwanda.
TOP Opinion STORY
Tue Feb 12 2019 .
Does Uganda have a tourism marketing plan?

Around 2016 or so, the Rolex chapatti branding campaign was initaiated and executed with little or no results and now, the planned one is the “curvey women promotion” by the Honorable Minister of Tourism Kiwanda.

In the year 2015, I watched in disbelief as the Uganda tourism fraternity sensitized us on the impending visit of the World's best footballer- Mr Lionnel Messi and current and former stars of his  Barcelona football club team.

It was envisaged that Messi and the Barcelona stars would then visit Gorilla spots, the source of the Nile and post pictures on his facebook and the multiplier effect would be huge, considering Messi's facebook followers.

They argued that if  just a small fraction of Messi's facebook followers  could visit Uganda, then Uganda's tourism sector would be on cloud nine. Some of the tourism gurus even said that they had influenced the visit through their contacts .

In terms of costs, While I am not aware of the actual figures that Government injected in, it was evident Government injected a substantial amount of funds in this event and   Honourable Frank Tumwebaze, the Minister for Presidency at the time, was at the airport, on behalf of the President to welcome the ‘tourism ambassadors" .

The truth was that the visit of current and former Barcelona Stars  was a football exhibition event  orchestrated by his club FC Barcelona-though I am not sure if Messi was supported to be part of the football exhibition, just like Barcelona's rivals Real Madrid  also visited  Tanzania around the same time.

Tanzania treated it as a football exhibition and just like here,  the Real  Madrid stars also visited some of the Tanzania's tourism attractions. Certainly the Ugandan officials who "influenced" the Messi visit here could not have influenced the Real Madrid visit to Tanzania as well.

Three years after the famous Messi visit, nobody talks about it, as well as the envisaged and actual  impact on the Uganda sector tourism and certainly, I am sure it was ineffective.

This is the danger a marketer faces, when s/he does not develop and implement concrete, long term  annual marketing plans but relies on one-off events that can be disappointing !

Around 2016 or so, the Rolex chapatti  branding campaign was initaiated and executed with little or no results and now, the planned one is  the "curvey women promotion"  by the Honorable Minister of Tourism Kiwanda. Looking at all these uncoordinated efforts and events, I ask myself two key questions;

1. Does Uganda have a well developed marketing plan? Does it really execute it? Does it have a budget for implementing it?  Who is responsible? What has been executed and what is pending? What are the targets and results?

What are the lessons learned? What are the constraints and opportunities?   I will come to this in great detail

2. What is the job description of the Minister of Tourism? What about that of Technocrats? Do they coordinate their  plans and activities in one way or another?  Who does what  and who advises who?

All the above is enough testament that we need to implement a robust tourism marketing plan and set aside the funds needed to execute it.

Uganda despite being landlocked, lacking a national carrier, constrained by high costs of air flight in and out of it,  is comparatively placed and, with good marketing and investment e.g investment in executing the marketing plan and a second or third international airport, one of the airports near to located  near a national park, we can unlock the competitive puzzle and become number one tourism destination  in East Africa.

As a country we possess some superior tourism sites such as national parks, about 50% of the World's gorilla population, the source of Nile, so we can create all forms of brand architecture about these sites.
We could then promote our tourism sector but this business of jumping on the bandwagon and promoting something small for a short time will not yield us good results.

May be,  next time we shall brand ffene ( jackfruit)  and oluwombo for these are  also largely Ugandan- just like rolex chapatis, but do we have enough ffene  for example,  if the whole world demands for it and this a sustainable model?

A well- developed and executed tourism marketing can make our tourism sector competitive (assuming we have a good budget of course).

I think the tourism agencies are becoming more of  event management  planners but less of concerted  marketing planners and executioners .

You could see from as way back as 2007- the number of hotels that were built during CHOGM- which was just a four days event and you wondered whether we needed them for such a four days even and what would happen to the hotels thereafter.

Ironically one such huge  hotel in Bwebjja, that was  purposely built  for CHOGM has now been turned into a University!  Promotional events or campaigns are part of a marketing plan and not the other way round.

When you visit  you tube, searching for videos on wildlife in Africa,  most of the quality and thrilling  videos that get  are from Kruger National Park ( South Africa), Okavango Delta ( Namibia/ Botswana), Kafue National Park ( Zambia) and Sserengeti National Park ( Tanzania)  and Masai Mara (Kenya)  among others.

For sure Uganda also has some videos on youtube, but a) they don't appear immediately meaning the IT gurus have to do what is called search engine optimization and b) their quality is not as good as those from the other African national parks that have mastered branding but whose  product may not be superior.

You can even tell the difference in video cameras used during the wildlife expeditions.  Kidepo National Park, with one of the largest herds of the African Cape Buffalo in the world , has many times been voted as one of the best national parks in Africa but has little branding collateral such as  top notch videos  on youtube to matching it's ranking.

The same ( improved branding) could be done for mountain gorillas and other superior  tourism features that we have . We therefore need to improve on the branding of our superior tourism sites and promote them using all methods and marketing channels.

Youtube might look a simple marketing tactic but does not have many thrilling quality videos about Uganda wildlife as compared  to the other national parks I have mentioned. So a Norwegian, who has never been to Africa, is likely end up in Kruger National Park, which by all means looks artificial because of superior branding on youtube.

So we can have an effective tourism marketing plan that articulates the strategic objectives, the strategic actions, what to do (activities), when to do it, how, when, where and with whom and expected gains and of course as well as constraints.

Executing a marketing plan of course comes at a big cost and this is where we need the Honourable minister most-  to lobby the Treasury to give us all the resources we need to execute the plan, so that we can reap big  from this tourism- currently, Uganda's top foreign exchange earner.

I also think we can also create something out of his beautiful women campaign albeit differently. If we think that Ugandan women are beautiful, to me there would be no danger in embedding that in some of our tourism campaigns in a more polished way. So we promote the beauty of the Ugandan woman and not curves which is prostitution-like.

When Ugandan women get married to foreigners, the foreigners will visit Uganda as tourists and spend money in Uganda.  It is not the first time that a country is including women in it's tourism or image enhancement campaigns.

At one time,  a stanza of former Germany national anthem ( the Deutchlandlied)  went like  " Deutsch frauen, Deutch wine, Deutch trueue, Deutsch sang" which means  German women, German wine, German royalty and German songs.  Germany had earmarked these as important treasures of the nation.

Lastly, I have on some occasions read Inzozi and Selamta magazines (in-flight magazines of  Rwandair and Ethiopian Airlines)  and,  they occasionally  talk about their beautiful girls albeit indirectly and decently . So, what you communicate is important but  how you communicate is more  important.


The writer is a marketer, economic development specialist and tourism enthusiast

You can reach him on johnabaho@gmail.com