Home
NEWS
MEDIA
Supplements
Tenders
Notices
Agnes Akiror accused the duo of hurling insults at her while she was making a transaction; insults she said she cant even repeat

Agnes Akiror accused the duo of hurling insults at her while she was making a transaction; insults she said she cant even repeat

Two customers of dfcu Bank's Soroti branch who were arrested for allegedly disturbing the peace of the state minister for Teso affairs, Agnes Akiror Egunyu, in the bank hall have been charged and released on Police bond.

The duo; Mohamed Sebuya, 35, and James Davis Bamwidhi, 30, both money lenders attached to Munarura Associates, were charged with assaulting a woman's modesty.

Michael Odongo, the Police spokesperson for East Kyoga region, confirmed that Sebuya and Bamwidhi were arrested on Friday after the minister reported them for allegedly attacking her in the bank.

"We rushed to the bank after the minister's call and found some fracas prompting us to arrest the duo," Odongo said.

On Wednesday, Odongo said Police was still stuck with the suspects and that investigations had stalled because the minister did not turn up to write her statement.

"We released them on Police bond but they will report back on Monday when the minister is expected to write her statement," Odongo said. 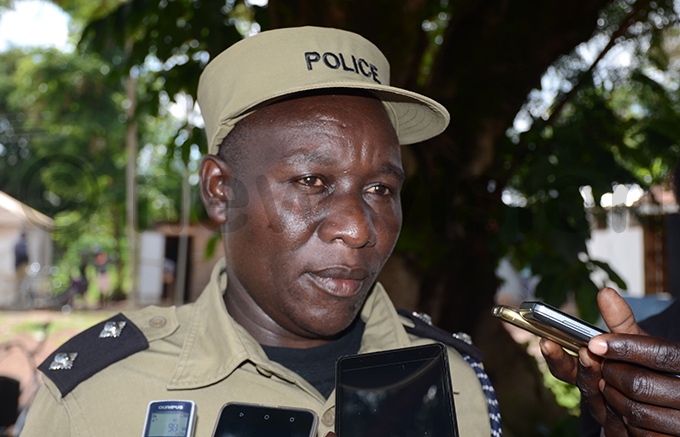 In an interview with the New Vision, Akiror accused the duo for abusing her while she was making a transaction.

"I found clients queuing in the bank without a teller in the counter to serve them. One teller accepted to help me after I pleaded for help, but those men started abusing me seriously," Akiror said.

She explained that the duo accused her of jumping the queue yet when had stood in line for long, prompting her to call Police to arrest them since they continued hurling abuse at her.

"Those people abused me and I can't even state how they abused me. I believe they were poorly brought up by their parents," Akiror said

"I received apology letters from those men (Sebuya and Bamwidhi) and I requested Police to release them on Police bond since am busy with office work," Akiror said.

The bank officials in Soroti declined to comment on the matter, saying they were not allowed to talk to the media but promised to make an official statement at a later time.