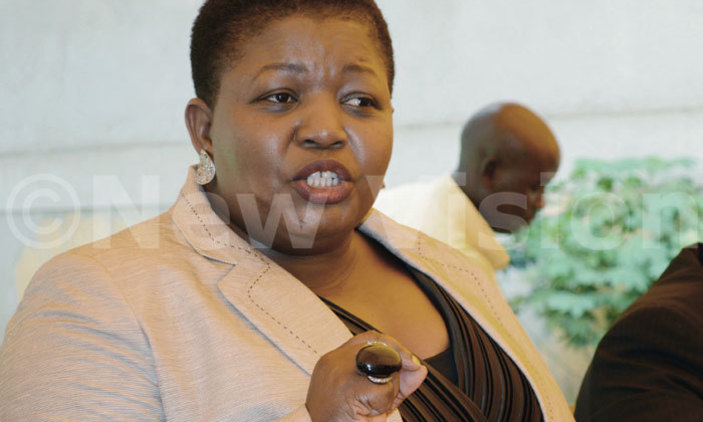 The items on the agenda include constitutional and electoral reforms, strengthening political parties, inclusiveness and bolstering democratic governance, human rights and the rule of law.
TOP National STORY
Fri Dec 07 2018 .
Everything is set for IPOD summit next week—Lumumba

The items on the agenda include constitutional and electoral reforms, strengthening political parties, inclusiveness and bolstering democratic governance, human rights and the rule of law.

KAMPALA - The National Resistance Movement (NRM) secretary general, Justine Kasule Lumumba, has said everything is set for the summit of five major political parties under the framework of the Inter-Party Organisation for Dialogue (IPOD) on Wednesday next week.

The meeting that President Yoweri Museveni last month agreed to attend at Speke Resort Munyonyo in his capacity as NRM's national chairman and not as the President will be organised twice annually.

Lumumba told New Vision on Friday that they had already agreed on the agenda as IPOD.

"So everything is set. Let's present ourselves as IPOD Council and summit to Ugandans to show that we can serve as parties and leaders of this time. It is our responsibility as current leaders to nature multiparty practices in Uganda now beyond ourselves despite the challenges," she said.

The items on the agenda include constitutional and electoral reforms, strengthening political parties, inclusiveness and bolstering democratic governance, human rights and the rule of law.

Some of the invited guests include former President of Tanzania, Benjamin William Mkapa.

IPOD was set up in 2010 to bring together leaders of all political shades in the country to foster a strong and vibrant multiparty democracy in Uganda based on peaceful co-existence of all citizens to work harmoniously.

NRM hits back at FDC, DP

Meanwhile, NRM has hit back at FDC and DP for withdrawing from the IPOD summit.

Richard Todwong, the NRM's deputy secretary general, told New Vision that the U-turn by the country's top opposition political parties was hardly surprising given their history.

Todwong, however, said the meeting was on and nothing was going to change. "For us as NRM, we are ready to cooperate with them… But UPC and JEEMA are in for dialogue, so the meeting is there with or without them," he stated.

FDC chairperson Wasswa Biriggwa told the media on Tuesday that they decided to make a U-turn because there had not been any ongoing negotiations between the parties' leaders who, in his view, should only meet to endorse matters already agreed by their assistants.

"We do not have room for photo shows with [President Yoweri] Museveni. We shall not attend it (the summit), because we have not been in any kind of agreements for conclusion," Biriggwa said.

DP's spokesperson Kenneth Kakande also told the media during a weekly press conference in Kampala, "we are not comfortable at all to sit with NRM to discuss anything to do with the way forward for this country".

"They do not have faith, instead they care about their stay in power. We state that as DP, in principle, we believe in meaningful dialogue but we cannot participate in a dialogue where its outcome is pre-conceived as window dressing," he added.