Home
NEWS
Media
Supplements
Tenders
Notices
The fans, the stadium, everything on Saturday was a new experience for Kyambogo

The fans, the stadium, everything on Saturday was a new experience for Kyambogo

KAMPALA - Sekidde Robert turned out to be the hero for Kyambogo University on Saturday afternoon when his converted spot kickearned the side their first ever Pepsi University Football League title at Namboole stadium.

This turned out to be arguably the most interesting final in the competition's history.

The final was only the first to ever be decided by a penalty shootout.

The winning team carried along fans that matched their heroics on the pitch but with only 21 minutes played, the pressure that KU mounted on KYU resulted in an own goal from the latter's William Okello.

Despite going into the half time break a goal down and seemingly succumbing to Kampala University's pressure, KYU exhibited composure and eventually leveled matters in the 69thminute through Emmanuel Mwesigwa to spark wild celebrations.

Both teams couldn't be separated after full time forcing the game to extra time. 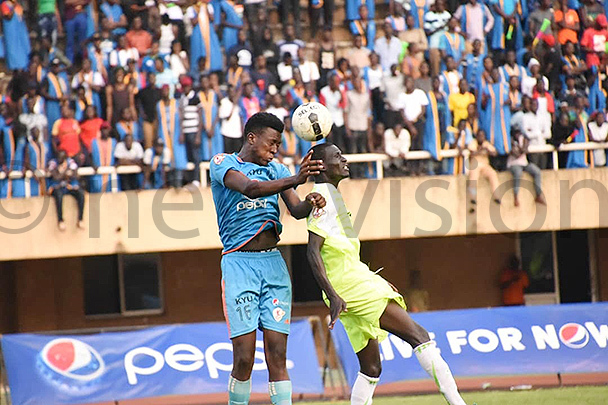 Kyambogo's Mwesigwa then completed his brace in the 96thminute with a solo effort, summed up with a powerful shot that rattled the cross bar before finding the net to send his side 2-1 up to send the fans into a frenzy that only the police would calm.

KYU were then reduced to ten men when their second captain of the day, Anthony Mawejje received marching orders following a stamp on a KU player.

KU were not done yet and indeed took advantage of their opponents being less by a man by taking the game to KYU and earn themselves a deserved equalizer in the 108th minute through an Ivan Mayanja diving header which forced the game into a shootout. 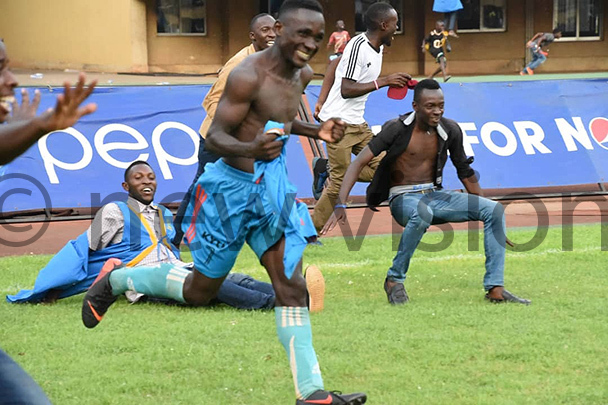 The fun continued into the shootout and with both sides missing their first two spot kicks, a series of penalties was left to Kyambogo's Sekidde Robert who converted to spark wild celebrations on the pitch.

A delighted Kyambogo coach, Deo Serwadda attributed his side's interesting game to the tension of the game, "This was just like any other game we had played but being a final, my boys were tense and that's why it was end to end football.

"The fans, the stadium, everything on Saturday was a new experience but we are delighted and we want to keep on winning," he said.