REFUGEES - European Union ambassador and delegates were looking up to President Yoweri Museveni to help in easing political tensions and pacify the region to be able to address the root causes of the increasing influx of refugees in the region.

Delegates from the European Union and Norway said they were concerned that the refugee crisis might keep escalating unless a solution was quickly devised to address the root problems affecting the region. 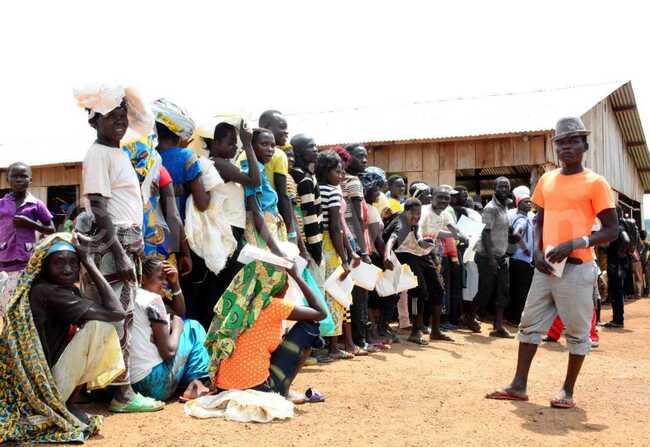 The Belgian ambassador to Uganda, Hugo Verbist said there were efforts to engage President Museveni and the government of Uganda on how the European countries can support in the refugee response fearing that the influx might become bigger in future considering what is happening in the region.

"The basic solution is to address the root problem in the neighboring countries, that is why we want to continue engaging the President to help in addressing them with support from EU," he said.

He added that once the causes have been solved, refugees would not find reason to continue coming to Uganda and those already here will return home. 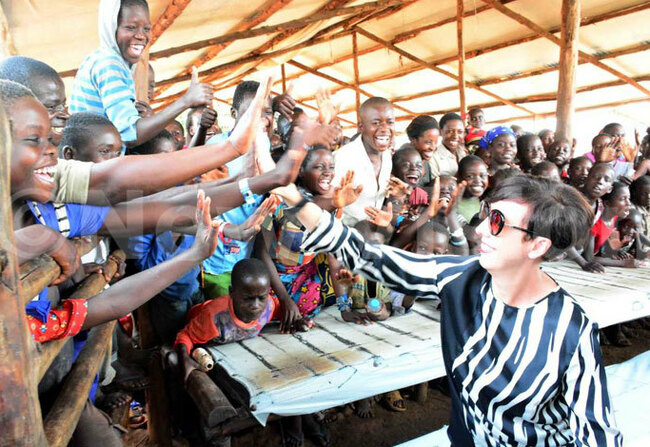 One of the delegates from EU shares a light moment with the refugees.(Credit:Eddie Ssejjoba)

Verbist was Thursday speaking to journalists during a press briefing at Lake Albert Resort Hotel inside Murchison Falls National Park, which was attended by 10 delegates including Susan Eckey, the Norwegian ambassador, which is not part of the Union.

The team visited Kyangwali Refugee Settlement in Kikuube district, where they were shocked with appalling conditions in the settlement due to the increasing influx.

The settlement commandant, Jolly Kebirungi told the delegates that the settlement currently hosts 92,430 refugees and they receive new arrivals every day, yet they had limited land to fix all the families. 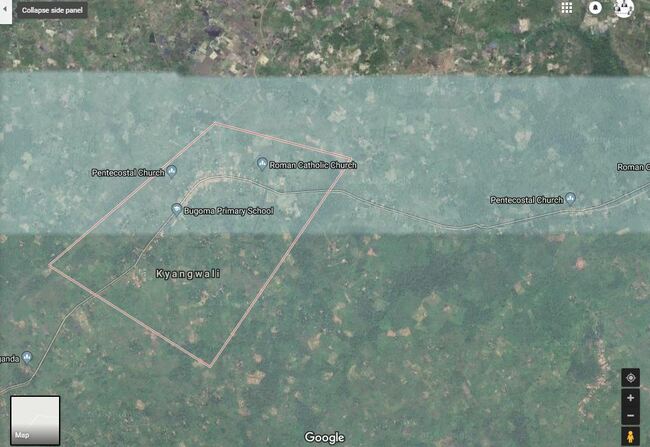 A satellite view of Kyangwali Settlement in Kikuube district.(Credit:Google Earth)

She informed them that the refugees were also exerting a lot of pressure on the host communities in health centers, schools and were depleting forests to find firewood.

According to Verbist, , who was acting head of EU delegates after the head of delegation, Attilio Pacific left after one day, said that Uganda's unique model of welcoming refugees and according to them, land for settlement was the best in the World but warned that by doing so it brings a lot of constraints to the country.

He said EU had been supporting efforts of Uganda in welcoming refugees but regretted that much attention had been given to the influx in Northern Uganda from South Sudan until they decided to go and physically witness the challenges government was facing in settling the big numbers from DR Congo. 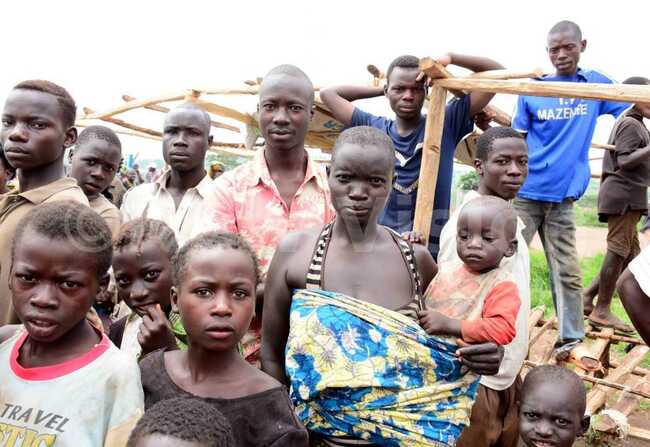 Responding to complaints that local communities had been left out of relief aid, he said there was need to let them benefit from what refugees receive.

"But as we try to address the humanitarian challenges, we should not forget to solve problems that cause them to come here," he explained.

He said the EU would also discuss with the Office of the Prime Minister to find a solution to the land problem in Kyangwali.

The United Kingdom high commissioner, Peter West said they were channeling a lot of money to the United Nations humanitarian organizations and OPM to support refugee activities but added that the current situation was ‘refugee or humanitarian plus' given the magnitude of the problem. 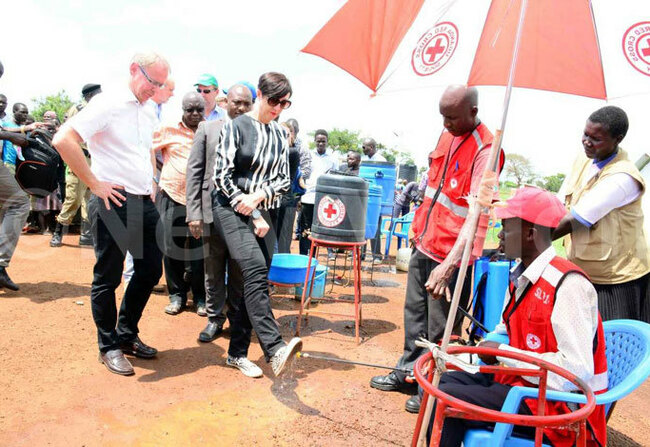 The visiting EU delegates being sprayed with disinfectants by Red Cross officials.(Credit:Eddie Ssejjoba)

He said that the American government alone were putting in half a billion dollars a year, plus other International donors including EU adding that there was no doubt that traditional donors were helping a lot.

He however cautioned on how the money is maximized so that it delivers for everyone.

"It has to be done in conjunction with the government so that the general services for peace should benefit both refugees and host communities," he said.

He told journalists that it was important to let the host communities to benefit from the aid. 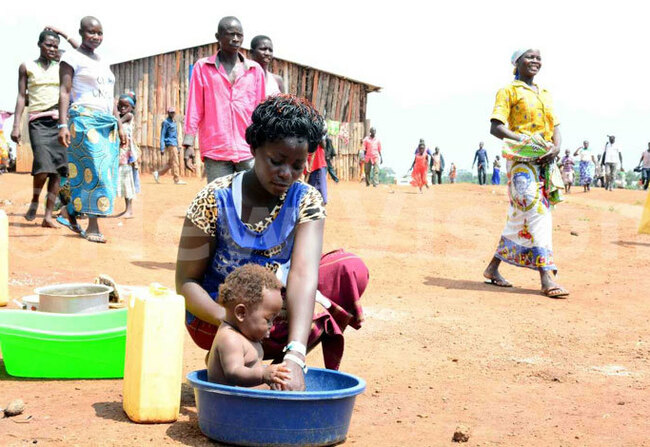 According to West, it was a sensitive matter for host communities to learn that refugees were treated better, which he said could be a recipe for disaster.

At the settlement, excited children cheered the delegates and chanted ‘Uganda, parental.'

In French which meant that Uganda was treating them like a parent.

Caring for refugees is about our shared humanity

Reflections on international obligations towards refugees in Uganda