In the run-up to World AIDS Day (December 1), for the whole of November, Vision Group media platforms are airing and publishing in-depth articles about the disease.

Skinny and bony, Philly Bongoley Lutaaya wore a wiry beard when declared he had HIV/AIDS on April 13, 1989, following his return from Sweden. His haggard look, coupled with his HIV awareness campaign song Alone and Frightened, left the legendary musician's audience sobbing.

Many others had been infected with HIV and had AIDS since the epidemic had hit the country in the early 1980s.

Nelson Sewankambo, a professor at Makerere University College of Health Sciences, recalls that HIV/ AIDS patients had signs such as severe diarrhoea and a skin rash.

Sewankambo says there was a registered increase in the number of patients of Kaposi's sarcoma; a kind of skin cancer that was very aggressive.

Besides, patients also had history of herpes zoster, which attacked the nerves across the chest resulting in a stripe of blisters, hence the name kisipi (Luganda name for belt).

With Uganda being the first hard-hit country, HIV prevalence rate was as high as 30% in urban areas and 15% in the rural ones. 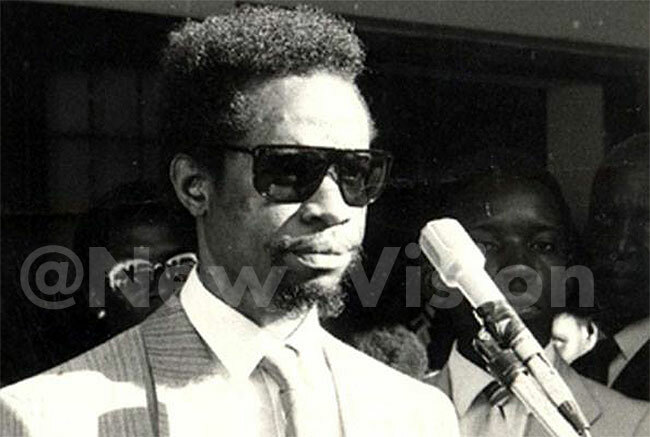 Philly Bongoley Lutaaya came out on his HIV status in 1989. (New Vision archives)

Dr Joshua Musinguzi, the head HIV/AIDS control programme at the health ministry, says in the early years people had aggressive symptoms such as tuberculosis, pneumococcal and streptococcal meningitis as well as severe weight loss from which the name "slim" was derived.

Dr Stephen Watiti, the first medical doctor to go public about his HIV positive status, said ‘slim' and other adverse signs were the result of lack of treatment.

He recalls that there were few Ugandans who brought ARVs from the UK and sold them expensively. The Joint Clinical Research Centre (JCRC) sold ARVs at $1,000 (about sh3.7m today) per month.

Mildmay Uganda started selling ARVs in 1998 but they were also equally expensive.

"It was tough and that affected people since they could not adhere to them very well. Some people would buy but fail to get the next dose," Watiti narrates.

Consequently, many who could not afford them resorted to herbs. So common in the late 1980s and early 1990s were the AIDS-related deaths.

"Health workers only managed opportunistic infections like diarrhoea and TB when they presented. Although the medics managed to keep the patients for some time using the living positively approach, inevitably, many died because of lack of ARVs," Dr. Musinguzi explains. 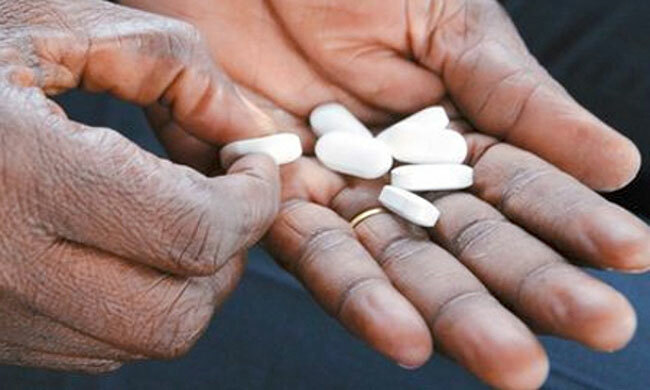 Dr Nelson Musoba, the director general of Uganda AIDS Commission, says back then, the very expensive ARVs were out of the reach of ordinary Ugandans. The introduction of free ARVS to persons whose health was deteriorating (CD4 cell count) in 2003 helped to arrest the situation.

Musinguzi says the peak of accessing ARVs was around 2005, when the World Health Organisation announced the ‘3 by 5' initiative, which meant to have three million people started on treatment by 2005.

Consequently, use of modern medicines coupled with positive living strategies, made the typical AIDS symptoms of the late 1980s disappear.


The new face of HIV/AIDS? 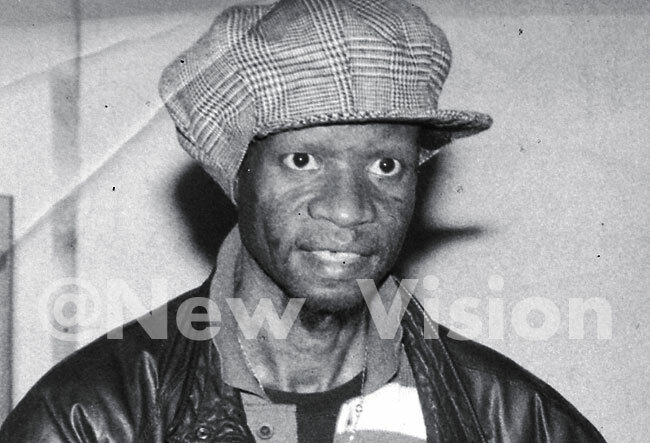 Even after Lutaaya is long gone now, other people have taken the lead role in the fight against HIV/AIDS. (New Vision archives)

Musinguzi acknowledges that over the years, a lot of interventions in care and treatment have altered the natural history of the epidemic.

For instance, through the test-and-treat approach, health workers are able to identify HIV-positive people and start them on treatment immediately before they develop signs and symptoms. This is partly a good strategy to protect the population through viral load suppression.

The UNAIDS 2017 HIV and AIDS report estimates that 1.3 million Ugandans are living with HIV.

The number of people who have tested and know their status is 1.084 million while 1.082 million are enrolled in care, which translates to 86% of those in need of treatment.

Dr Peter Mudyope, the co-ordinator HIV prevention at the health ministry, says: "With the availability of ARVs, there has been a complete shift from the pathetic patients we used to have to a disease that is chronic and well managed thriving in the human body without any signs on the outlook of the person but mainly on a laboratory diagnosis."

Mudyope explains that taking ARVs consistently takes away the opportunistic infections such as diarrhoea, TB, fevers and skin rash.

This means it is now difficult to tell that one has HIV and all we see in the communities are energetic people going about their daily activities normally.

He, however, warns that it is in this category where the new picture of HIV is hiding, especially in wealthy men above 40 who are now beginning to infect the young girls and women. 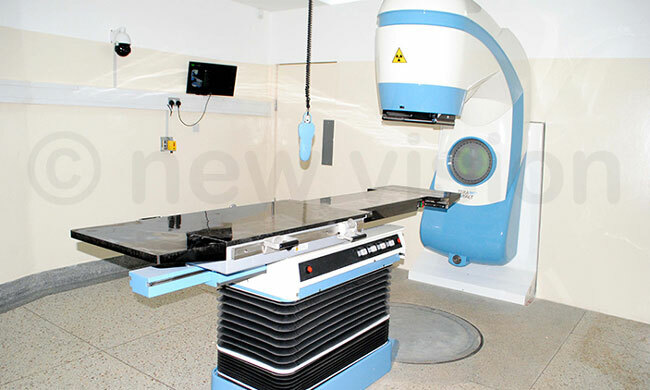 Radiotherapy is one way of treating cancer. (File photo)

Musoba says getting infected with HIV increases the risk of developing cancers. For instance, he says there are certain cancers that are associated with AIDS, for example, Kaposi's sarcoma, Non-Hodgkin lymphoma (cancer of the lymph glands) and cervical cancer.

Dr Jackson Orem, the director of the Uganda Cancer Institute, says the first disease that ever showed that there was a new condition called HIV was the Kaposi's sarcoma cancer.

He explains that globally, it was in the US that medical researchers noticed that the gay population was developing Kaposi's sarcoma. Eventually, they realised that these people had low immunity, which was caused by HIV.

Orem notes that cancer is the foremost disease that HIV patients had.

"Initially, before testing was done for HIV, the diagnosis was done using the clinical criteria which indicated cancers like Kaposi's sarcoma, Non- Hodgkin lymphoma streptococcal meningitis and tuberculosis. This implies that cancer is part and parcel of HIV."

He says unfortunately in Uganda, HIV was never recognised as a causation factor, which is a big mistake. Yet in one of the wards called Solid Tumour Centre at the Uganda Cancer Institute, about 60% of the cancer patients have HIV.

Orem says cancer can occur as the first disease to show that you have HIV or while one is on treatment. Going forward The new invigoration, according to Musoba, is going back to the primary prevention strategy of ABC messages.

This is intended to sensitise the young people who were not there in the 1990s to see the aggressive HIV/AIDS disease. "We want to tell them to abstain since HIV/AIDS is still here and the medication does not cure but only helps one to live a productive life," he explains.

"Adults who have partners should remain faithful and only use a condom when they cannot avoid it," Musoba adds.