Home
NEWS
MEDIA
Supplements
Tenders
Notices
The arrangements by officials of the Directorate to roll-out its services to Ugandans abroad is in consistent with the laws of the land.

According to Ugandan law, any Ugandan can apply for dual citizenship, as long as one fulfills the requirements for dual nationality.

AMSTERDAM - A team of officials from Uganda's internal affairs ministry has handed certificates of dual citizenship to over 80 Ugandans living abroad in the Netherlands capital Amsterdam.

The delegation from the Directorate of Dual Citizenship and Immigration Control (DCIC) was led by the department's acting director, Josephine Ekwang Ali.

At the Ugandan embassy in Amsterdam, the first beneficiary of the service was Omulangira David Ssimbwa, a resident of Belgium.

He expressed his delight over the speed with which the officials working on the programme efficiently processed his certificate in one day.

Stella Ntambi, who also lives in Belgium, thanked the officials for offering the service.

Previously, she would incur visa fees whenever she planned to travel back home to Uganda for the Christmas holiday, as she lacked Belgian citizenship rights.

"I wish to thank the team for coming and extending this service to us and in such a short period of time," she said on Friday.

"I also interest all those with similar immigration needs to take advantage of the exercise wherever it will be held to acquire their dual citizenship instantly." 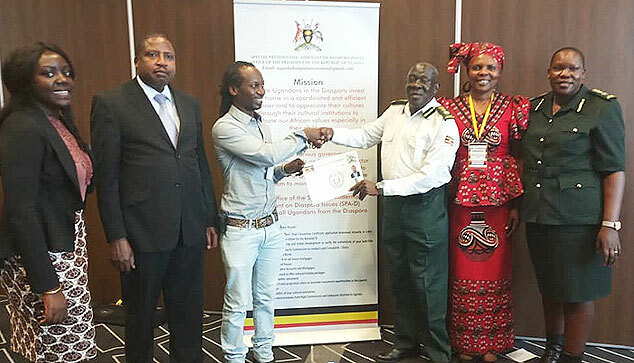 The DCIC as a government agency that works with Uganda's consular to Brussels (Belgium) and envoy to The Netherlands, Eunice Engola.

And in co-operation with the Special Presidential Assistant of Diaspora Issues, Florence Kiremerwa, they organised the dual citizenship-awarding event in Amsterdam.

Such are the services rendered to the Ugandans abroad to address their demands.

Most Ugandans at the function pointed out the numerous challenges they face in receiving different government services whenever they are home.

In response, Engola and Kiremerwa assured them of similar outreach programmes, along with officials from other government agencies to other cities, where respective agencies shall extend similar services. 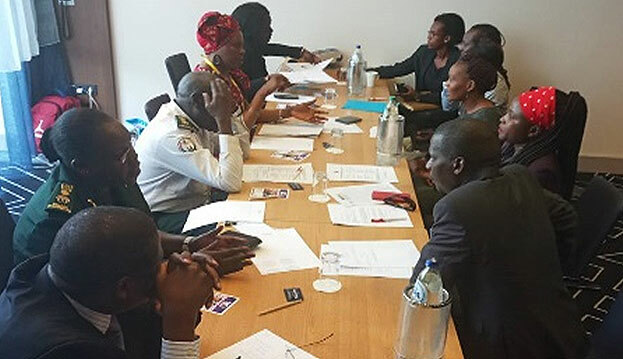 Next up, the delegation is set to travel to London (UK) to offer the same services on Monday and Tuesday this coming week (August 27 and 28). All Ugandans in the UK in need of similar services are urged to look forward to the Ugandan delegation in due course.

Meanwhile, in subsequent programmes, the same team will continue offering its services to the diasporians at event in the UK and the USA.

The other government agencies that will provide their services include the National Identification and Registration Authority (NIRA), which will register the diasporians for national IDs.

In addition, Bank of Uganda plans to sensitize Ugandans in the diaspora on treasury bills and bonds, and the on agricultural commercial loans available at the bank and how they can benefit from the scheme as diasporians.

The National Social Security Fund (NSSF) will sensitise them on the pension schemes and its investment programmes being implemented in the country.