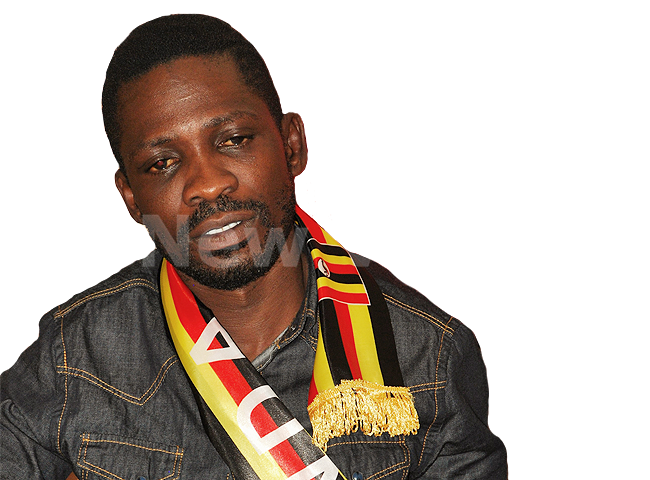 Eddy Yawe, the legislator’s brother, said the family wants to fly the MP out of the country for special treatment as soon as he secures bail.
TOP National STORY
Fri Aug 24 2018 .
Bobi Wine's family to fly him out for treatment

Eddy Yawe, the legislator’s brother, said the family wants to fly the MP out of the country for special treatment as soon as he secures bail.

KAMPALA - The family of incarcerated Kyadondo East legislator, Bobi Wine alias Robert Kyagulanyi is making plans to have him flown out of the country for special treatment.

Eddy Yawe, the legislator's brother told Saturday Vision that, as soon as the MP secures bail, he will be flown out of the country for special treatment.

Whereas the Magistrate's Court in Gulu had allowed the legislator to receive treatment from any private facility inside Uganda, Yawe said the process of having him taken out of jail is complicated yet there are also no facilities in Uganda where he can get the special treatment he requires.

Yawe said the MP who is detained in Gulu prison on charges of treason had his kidney damaged when he was allegedly tortured in the army custody.

Kyagulanyi was arrested recently while campaigning for former MP Kassiano Wadri in the Arua Municipality bi-elections before he was charged with illegal possession of guns in the military Court Martial.

However, the charges were dropped on Thursday before he was re-arrested and charged with treason.

While in Court, he MP appeared frail and was limping.

Yawe told the press that the soldiers who arrested his brother attempted to break his toes and ribs.

Saturday Vision has confirmed from Kyagulanyi's lawyer, Medard Sseggona that a petition seeking his release on bail was filed in the high court in Gulu on Thursday.

The grounds for Kyagulanyi's bail application and other details are in tomorrow's Saturday Vision.