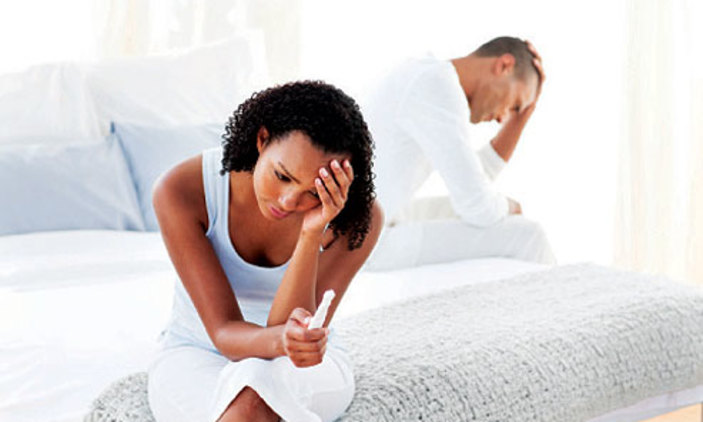 The latest survey results from Performance Monitoring and Accountability 2020 (PMA2020) show that the unintended births are at 46.2%.
TOP National STORY
Thu Aug 02 2018 .
Over 46.2% of pregnancies in Uganda are unplanned: Report

The latest survey results from Performance Monitoring and Accountability 2020 PMA2020) show that the unintended births are at 46.2%.

PIC: According to reports from Performance Monitoring and Accountability 2020, Uganda has registered a slight increase in the number of unintended pregnancies. (File photo)

KAMPALA - There is a slight increase in the number of unintended pregnancies in Uganda, a new survey reveals.

The survey shows that the percentage of sexually active women, who want to avoid a pregnancy in the next two years but are not currently using contraception, is high.

Approximately, one in four married women (26.0%) and one in five (20.5%) of all women have unmet need for family planning.

The survey cites several reasons for non-use of contraceptives among women wanting to delay the next birth.

An overwhelming 49.8% of women did not perceive themselves at risk of pregnancy, while 35.1% of women were not married and did not think they needed contraceptives.

Some women (29.1%)  reported concerns related to contraceptive methods, while 13.6% are simply opposed to the use of the family methods.

Only 3.1% reported lack of access and knowledge about contraception among other reasons.

PMA2020, led by the Makerere University's School of Public Health in collaboration with the Uganda Bureau of Statistics and the Ministry of Health, track trends in contraceptive use and family planning service delivery in Uganda.

For this most recent round of results, data collection took place between April to May 2018. PMA2020 uses mobile technology and local networks of female data collectors to generate survey data on important health indicators.

Overall, researchers found that 3 out of 10 Ugandan women 15-49 years old (30%) are using modern methods of contraceptives, with the majority preferring injectables, followed by pills, male condoms, and the emergency contraception.

In a press statement, Dr. Fredrick Makumbi, PMA2020 Uganda Principal Investigator said Uganda has made improvements in use of family planning methods over the recent years, but called for efforts to ensure that women can control and space their births.

"There's still work to be done to ensure all women who need family planning can access and use their methods of choice," Makumbi said.

The survey also cites several reasons that sexually active women give for not using contraceptives or protection. (File photo)

In the run up to the 2018 World Population Day last month, New Vision print editions published a series of articles interrogating Uganda's readiness to meet the FP 2020 target.

During the 2012 London summit on FP 2020, Uganda committed to increase funding to address different barriers to reaching the most vulnerable women in the world who need modern contraception with the services.

FP2020 set as a goal to reach 120 million women who needed contraceptives in 69 focus countries, one of which is Uganda, by the year 2020.

Consequently, in 2014 the health ministry launched a Costed Implementation Plan (CIP), which seeks to reduce the unmet need for family planning to 10 percent from the 26% in 2011 and increase the modern contraceptive prevalence rate amongst married and women in union to 50 percent by 2020 from 34% in 2011.

It is hoped that this will increase the number of women in Uganda using modern contraception from approximately 1.7 million users in 2014 to 3.7 million by 2020.

According to Sarah Opendi, the health state minister in charge of general duties, this would save the country $126.7 million which would otherwise have been spent on needless maternal and infant health care costs.