Home
NEWS
MEDIA
Supplements
Tenders
Notices
Children from the poorest households experience the worst health, struggle to access decent education, and are more likely to have to work or be married young.

Children from the poorest households experience the worst health, struggle to access decent education, and are more likely to have to work or be married young.

PIC: A street child takes a nap on the streets of Kampala. Such children are left out in the development process of the country. (Credit: Juliet Kasirye)

KAMPALA - A new report released by Save the Children, a non-governmental organisation, has revealed that millions of children in Uganda are still out of school, dying before their fifth birthday, showing stunted growth and at risk of violence or harmful practices such as child marriage or child labour.

The end of childhood index 2018 report launched in commemoration of day of the African Child, under the theme: "Leave no child out of Africa's development" shows that Uganda has made some significant improvements in ensuring children's rights.

While Uganda made progress in some areas compared to last year, it was ranked 130 out of 175. It was ranked 3 out of 10 countries in East and Central Africa (behind Rwanda and Kenya). While most of the world improved from last year, conditions for children worsened in 40 countries.

In Uganda, the report found out that one in four families cannot afford to visit a health facility or buy medication for sick children. In West Nile, where there has been a massive influx of refugees, 80% of children do not have appropriate access to healthcare.

"A child has no say in where she or he is born, or into what circumstances, but that has a defining impact on their experience of childhood and their future. Many of these children are missing out on childhood because they are denied a fair start in life. Children from the poorest households experience the worst health, struggle to access decent education, and are more likely to have to work or be married young," reads the report. 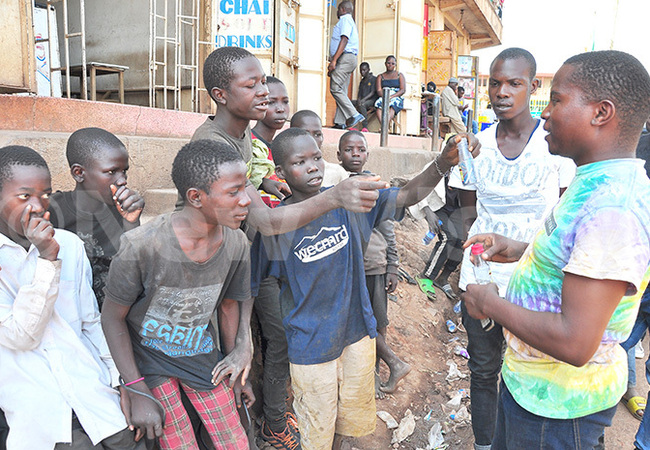 Some children who have spent most of their childhood on the street talking to a social worker. (Credit: Juliet Kasirye)

The report also reveals that one in five primary school going age children are still not enrolled in or attending primary school.

"One in five children are still out of primary school and enrolment for other stages of education is even lower. Only 28% of children get to attend secondary school and only 13.4% are enrolled in vital pre-primary education. Children with disabilities are particularly at risk of missing out on learning with only 9% able to attend primary school," said Edson Nsubuga, the head of education at Save the Children.

Brechtje Van Lith, the Save the Children's Country Director in Uganda, said it is good news that Uganda has moved up the rankings, but the reality is that millions of children are still being left behind.

"Despite numerous positive laws and policies in place to protect children, in reality, they are often ignored. Early teenage marriage is rife and nearly one in five girls aged 15-19 have already given birth or are pregnant, forcing them to drop out of school and often putting their own lives at risk," said Brechtje.

While most of the world improved from last year, conditions for children worsened in 40 countries. Globally, the report found that more than half of all children (over 1.2 billion) are threatened by conflict, widespread poverty or discrimination against girls.

All ten of the countries where children were deemed most at risk were on the African continent, with Niger, Mali and Central African Republic at the bottom, while Singapore and Slovenia earned rankings as the best places for children, followed by Norway and Sweden.

Save the Children called upon the Government and International donors to invest more in children, especially those who are most excluded from development, to ensure Uganda meets the commitments made in the Sustainable Development Goals (SDGs).