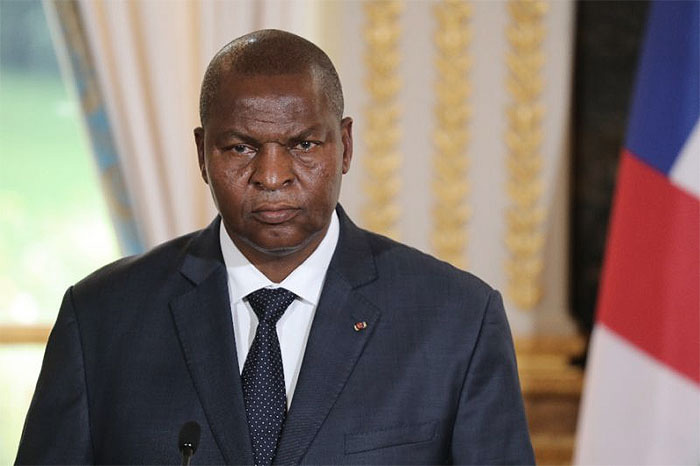 BANGUI - The president of the Central African Republic yesterday accused militias of exploiting religious tensions a day after at least 24 people in the capital died in attacks that targeted a church and a mosque.

Over 170 people were also wounded, sparking fears that one of the world's most unstable countries would plunge once more into a bloody sectarian conflict.

"They (armed groups) want to give religious cover for their political ambitions and for the looting of the country," President Faustin-Archange Touadera said during a visit to a church with the archbishop of Bangui, Dieudonne Nzapalainga.

"This conflict is not sectarian," he said.

Touadera declared the country would observe three days of national mourning from Thursday.

Protestors gathered early yesterday outside Bangui cathedral but were swiftly dispersed by the security forces to avoid any further violence.

It started after men in a well-known local militia group, which is led by an individual calling himself Force, rammed through a roadblock.

Armed men then stormed a church in the middle of a service, killing worshippers and a priest.

In response, a mob burned a mosque and lynched two people believed to be Muslim.

Yesterday, medical sources said the death toll had increased to 24 dead, and 170 injured.

"These renewed tensions could stoke more attacks and bloodshed if those responsible are not stopped once for all," said Balkissa Ide Siddo, Amnesty International's Central Africa researcher.

One of the world's poorest and most volatile countries, the CAR spiralled into bloodshed after longtime leader Francois Bozize was overthrown in 2013 by a predominantly Muslim rebel alliance called the Seleka.

France intervened militarily from 2013 to 2016 to push out the Seleka, winding down the operation after Touadera was elected president.

He governs today with the support of a large UN peacekeeping operation, yet can only claim to control a fraction of the country.

The rest is in the sway of ex-rebels and vigilante militias, many of them claiming to act in the name of the Muslim or Christian communities.

Until recently, however, Bangui had been largely spared major outbreaks of violence.

"Today the enemies of peace want to destroy all the work that has been done for a long time," the president said.

"After what happened in 2013, they want to bring it back, but we say no," adding that what had happened could not be claimed in the name of "every Muslim."

"They simply take on different forms according to interest," she said. In 2018, however, "we note a return to religious divisions as in 2014".

The incident came after hours-long clashes in PK5 on April 10 killed 28 people, including a UN peacekeeper, and left more than 100 wounded.

According to MINUSCA, the fighting began when a joint patrol of Rwandan UN troops and the Central African army was attacked on the district's outskirts as they pursued a security sweep against militia groups.

In a dramatic protest, local people brought in 17 corpses and laid them in front of the UN base, accusing the MINUSCA of shooting unarmed civilians.