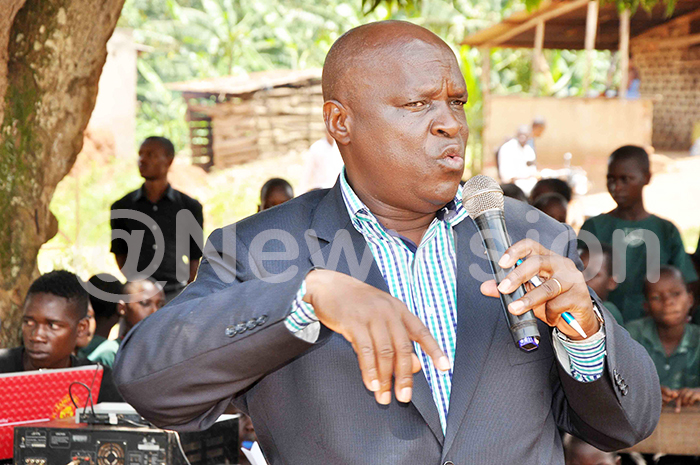 14 schools in Mende sub-county have been closed due to poor sanitation
TOP News STORY
Mon Mar 26 2018 .
Leaders blamed for lack of latrines

WAKISO - Residents of Mende sub-county have been told to have latrines so as to promote good hygiene.

Matovu made the remarks during celebrations to Mark World Water Day at Bakka in Mende sub-county, Wakiso district recently.

His remarks followed information from the leaders that most residents do not have latrines in their homes and the hygiene in the area is poor.

Matovu told the leaders to make sure the problem is handled immediately.

The Wakiso district chairperson, Matia Lwanga Bwanika, said it was a shame for the people of Bakka in Mende sub-county to wait for the police to arrest them and force them to have latrines in their homes.

Bwanika, who is known for his advocacy for the environment, called upon Mende sub-county residents to preserve the environment so that water sources in their area are sustained.

He discouraged people from planting eucalyptus trees saying that they spoil the soil and urged them to plant the traditional backcloth trees.

Bwanika attributed the poor sanitation in the area to the local politicians who fear to tell the people the truth for fear to lose votes.

"Tell the people you lead the truth so that they live a proper life other than leading sick people who are living without latrines. Let them hate you for telling them to have latrines and I believe you will be appreciated by some people," Bwanika said.

He said the World Water Day was commemorated at Bakka in Mende sub-county to remind the residents about proper sanitation.

He further threatened to organise operations together with the area police to have those without latrines arrested.