Home
NEWS
MEDIA
Supplements
Tenders
Notices
Geoffrey Kahirita his elder brother said they were 17 children, but they have remained two; Kahirita,104, and his sister Vashita Bamutambika,98, who could not attend the burial sickness.

Late Kham Karekaho Karegyesa;94, former Rujumbura member of Parliament who passed away on Tuesday was described by mourners as a politician with the difference who cannot be compared with any of today's' politician.

Bishop Ben Magezi of North Kigezi Diocese said in his sermon that he used to visit him at his home in Kagunga to take a read on parliamentary debates during his time as a Member of Parliament.

Benon Magezi said when you read the Hansard of that time; you see there were Members of Parliament who loved their country as they would debate issues of national importance unlike today when the Parliament is marred with fights and destroying parliamentary property.

Bishop Benon Magezi said this Friday during church service of sending away late Kham Karekaho Karegyesa at Emmanuel Cathedral Kinyasano. His body was laid to rest on Saturday at his ancestral home in Kagunga, Nyakagyeme Rukungiri.

"I wish all politicians emulate the leadership skills that Karekaho used to lead this area for two terms in Parliament and left when people were still in need of him," Bishop Magezi said. 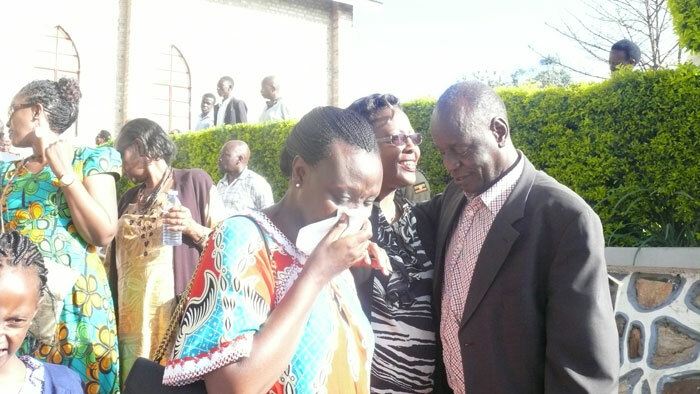 Rev. Can George Kinyanda ,77, said he used to be a political assistant of the late Karekaho during his Obote 1 and  11 regimes, but he was really different.

He said he never gave voters a single coin to vote for him instead he would receive many gifts from voters during campaigns.

Charles Muhoozi Kitaburaza said his uncle Karekaho was not politician at all, but people forced him into politics. He said a group of leaders would come to his home and convince him to contest for the seat for all the time he was voted as Member of Parliament.

He said Karekaho used to unite all the political parities and what happened in other areas where UPC members would not sit with DP members was not in Rukungiri because he used to use DP members in his programmes.

"The late Rwakitonera,  who was DP chairperson, was a right hand for Kham Karekaho and used to vote for him though he was not a member of his party," he said. 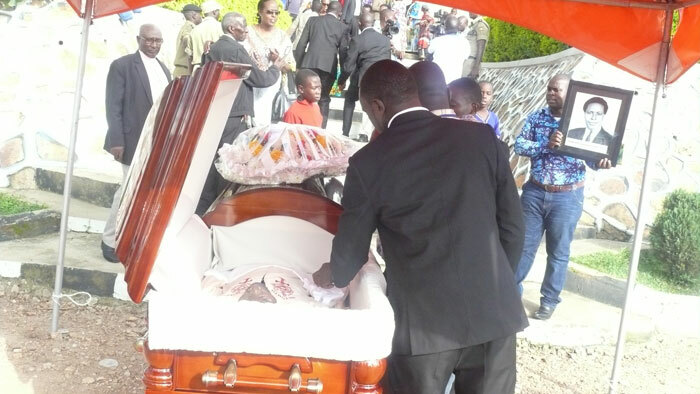 Sir. Geoffrey Kahirita, his elder brother, said they were 17 children, but now they have remained  two; one is Kahirita, who is now 104 years and his sister Vashita Bamutambika, 98, who did not attend the burial due to sickness.

Kahirita added that his brother was so special to the extent of meeting and advising the dictator president Idi Amin Dada when he was a UPC man.

He said many times Idi Amin Dada would meet him or call him to Kampala to give him advice when he was killing other members of UPC by then.

He added that Karekaho used to speak the truth to both his electorate and his President Dr. Apollo Milton Obote, which he said was a reason why he loved him very much. 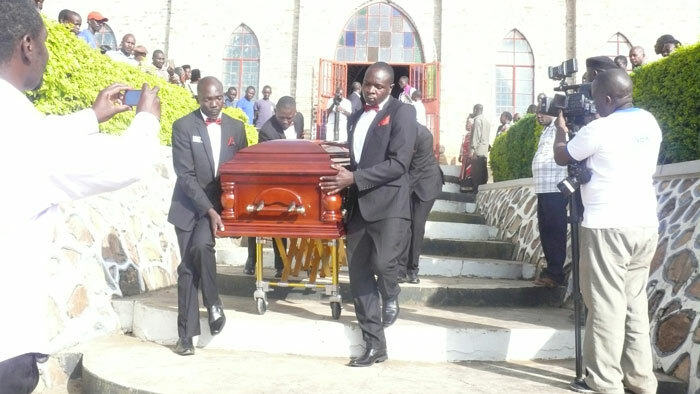 Richard Karegyesa his elder son said his father was too patriotic because he loved Rukungiri, Kigezi and the whole country than any other thing on earth.

He said his father had a gift of love, kindness and heart of giving others both the rich and poor.

Canon Deborah Karekaho, the widow, said he knew Karekaho when he was still at Kigezi High School when she was at Hormby Girls' School in 1943 and met again in early 1950s when Karekaho was a veterinary officer in charge Kajara. Deborah was headmistress at Kitunga Primary School. She said they were officially married in 1954. She said up to the time of his death, they still lived like a newly married couple. 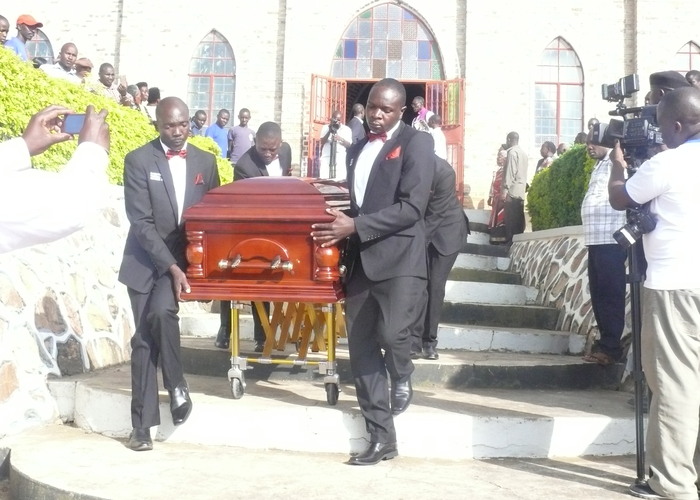 Beborah Karekaho said her husband was so kind that all the time many families were living with him in Kampala in the same house when he was a minister. She said one of his duties was to get study vacancies for children from Kigezi and Ankole regardless of their political affiliations. She said she got study vacancies to many catholic children in good schools of Kampala and would get them bursaries.

She said her husband did not have any body guard when other Members of Parliament and ministers were having them as he used to say that his voters were his guards.