"We defended the peace of Ugandans when we were much weaker. There is absolutely nobody that can disturb our peace," the commander-in-chief of the armed forces says.

BUTALEJA - President Yoweri Museveni has said nobody will disturb the peace of Ugandans, as the Uganda People's Defence Force (UPDF) marked its 37th anniversary in the eastern Uganda district of Butaleja on Tuesday.

"Uganda now is in peace - from one corner to the other corner," the commander-in-chief of the armed forces told a large gathering during the Tarehe Sita commemoration at the Boma grounds.

"We defended the peace of Ugandans when we were much weaker. There is absolutely nobody that can disturb our peace," Museveni said.

Nearly four decades ago, he led a group of young fighters of the National Resistance Army (NRA) in an attack on Kabamba military barracks in Mubende on February 6, 1981.

However, contrary to reports that the attack sparked off the liberation war that gave rise to his ascent to power five years later during a rocky period in the country, Museveni clarified on Tuesday that the struggle had long started before that eventful day.

"Tarehe Sita was not the first action," he emphasised, adding that it was one of the subsequent efforts in the liberation struggle.

The late Mozambican revolutionary and military commander Samora Marcel and fallen Tanzanian president Julius Nyerere "were the first to help us in the 1970s". 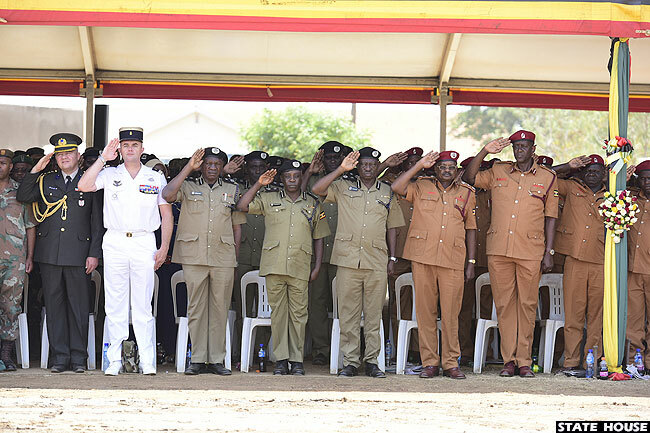 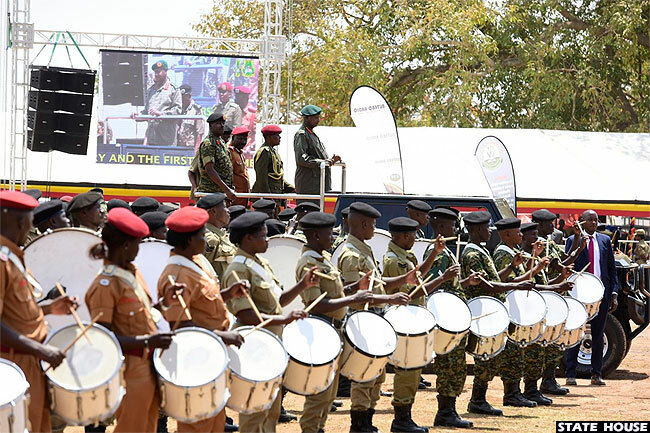 Tarehe Sita is Kiswahili for the 6th day of the month, and February 6 has since been etched into Uganda's history books as one of the most significant dates in both the military and political context of the east African nation.

Uganda became the pioneer host of the event.

A week-long series of civic activities in various parts of the country by the UPDF and fraternal armies culminated into the commemoration. In the buildup, the military teams renovated schools and hospitals, did fumigation, conducted free HIV testing and immunisation, among several other community activities.

'Not a mere ceremony'

In Butaleja, the Chief of Defence Forces (CDF), Gen. David Muhoozi, said they use the annual event to "foster unity" in Uganda and that it is "not a mere ceremony" but instead "our heritage as a force".

He said the UPDF is one of the "vehicles of integration" and that one of the biggest exports of the Ugandan army is peace to the region.

"It [the UPDF] has pacified the country from east to west, from north to south," Muhoozi said of a force that has been recognised for contributing significantly to peace-keeping missions in the region, including Somalia (AMISOM). The CDF said Bukedi sub-region, which is made up of Butaleja, Budaka, Busia, Pallisa, Kibuku and Tororo, has a place in the history of the liberation struggle.

And so what factors has the UPDF ridden on for its success?

The support of the people of Uganda, sound ideological mission of the force and good leadership by President Museveni, according to Muhoozi.

'Thank you for your support'

Meanwhile, in his delivery, President Museveni thanked the people of Bukedi for "massively" voting the National Resistance Movement (NRM) during elective politics. "If you had not voted for the NRM, the struggle would not have continued. Therefore, you are all liberators," he said.

He also hailed regional and continental leaders for their interest in a united Africa.

Turning to Uganda's eastern region, Museveni assured the area he would finish the roads he had promised he would sort out. "God took six days to create the world. He did not do everything on Monday. I can assure you that all these roads will be done."

One of them is the Tirinyi-Pallisa-Kumi road.

"Our struggle now is to ensure that every sub-county gets electricity. That is the plan." 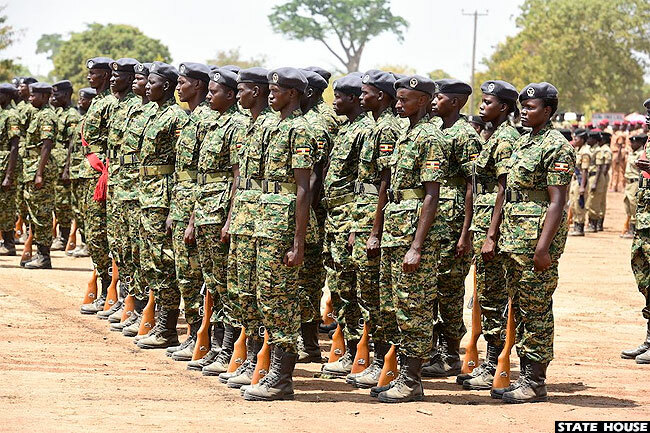 On development, wealth and irrigation

The President, who called up various groups to the podium for recognition and for a photo opportunity during his address, underlined two key words: Development and wealth (maendeleo and utajiri in Kiswahili).

Development, which means roads, electricity, schools, health centres, telephone lines, etc, "belongs to all of us".

Wealth, on the other hand, "belongs to you", according to the President. "If you have a cow, goat, garden, house or shop, that is your wealth. Don't concentrate on development and forget about wealth creation. You, in Butaleja, you have made some good progress."

Part of this success story of the region is the Doho Rice Scheme, out of which 1,500kg of milled rice is produced, double the amount got five years ago.

The scheme is dependant on River Manafwa as a source of irrigation water and what the government plans to do is expand irrigation in other areas.

"We want to expand the example of Doho and irrigate in many places. However, to irrigate, we need water. I will have to come back and discuss with you how to get water (so that you get to know how to use swamps in a good way)," Museveni said.

Saying Butaleja is among the richest parts of the country, he said fish farming is "very profitable".

After calling forward farmers who practise fish farming in the area to briefly tell their stories, Museveni said: "We can help you make ponds on the edges of the swamps."

The government also plans to industrialise the area and the northern parts of the country through building new factories.

For instance, there are new cement factories in Tororo and with Karamoja rich in limestone and marble, cement and marble-cutting factories are, according to Museveni, part of the industrialisation plan to address the issue of wealth and jobs.