The deputy commandant of Palorinya settlement in northern Uganda, Bashir Mawa, has called on people to avoid all cultural biases on latrines to decrease on the rate of hygiene-related infections in the country.

Mawa said many people in the country still carry out open defecation as they follow some cultural beliefs that prohibit them from using toilets.

"There are cultures that still prohibit pregnant women among other people from using toilets. This is wrong as it pushes for open defecation which in the end causes disease out breaks," he said.

According to a press release from Lutheran World Federation (LWF), Mawa made the remarks while representing the Office of the Prime Minister as the guest of honour at the commemoration of the Global Hand Washing Day at Chinyi Primary School in Moyo district.

The Global Hand Washing day is an advocacy day that is celebrated every October 15, to increase awareness and understanding of the importance of hand washing.

This year's celebrations were organised by the Moyo local district council in collaboration with the LWF under the theme ‘Our hands, our future'.

Mawa urged Ugandans to wash their hands regularly after visiting toilets and before eating food to kill germs that would cause them disease.

"By washing your hands regularly as well as eating clean food and drinks and using the latrine, you can prevent infections such as dysentery, diarrhea, and typhoid or even die of cholera," he explained.

He further urged teachers and community leaders to carry out hand wash sensitisation in their communities to prevent residents from falling victims of infections related to poor hygiene. 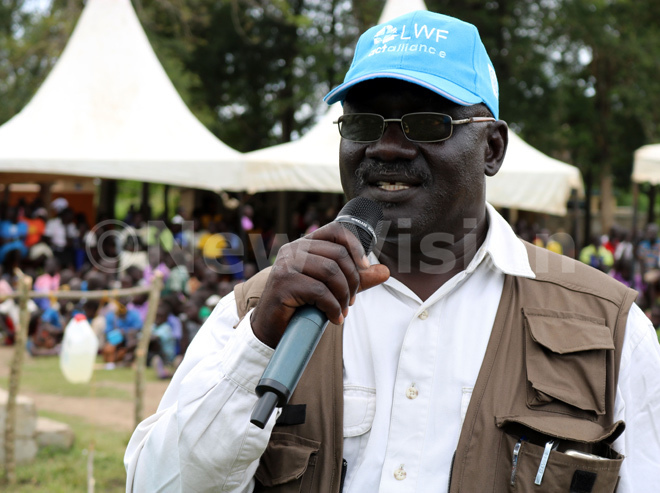 Results from a survey by the National Hand Washing Campaign (NHWC) implemented in 2012/2013 indicate that only 27% of people who used lavatories, washed their hands long enough to kill the germs that can cause infections.

The case study titled: ‘Hand Washing With Soap' (HWWS) in Uganda", was done in 30 districts based on household observations and schools, focusing on how people in their homes and children in schools use soap after visiting lavatories.

Metu sub-county health assistant, Joyce Andrua said that people would save money and time if they washed their hands thoroughly to kill the germs.

"If we wash our hands often, we shall prevent diseases and play a role in achieving the third sustainable development goal of good health and wellbeing," she explained.

Andrua further demonstrated to the gathering how to wash hands effectively. 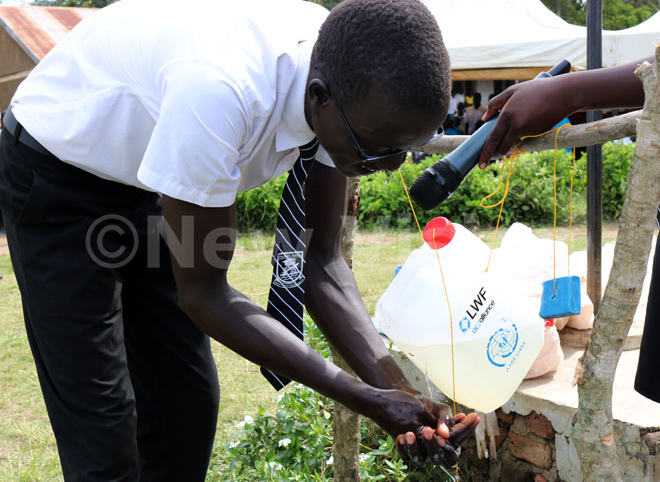 "Wet your hands with clean water, apply soap or ash, wash your palms to the wrist, and wash your fingers and fingernails then between your fingers. Do this at least five times a wash and endeavour not to dry them with a dirty cloth," she demonstrated.

She guaranteed the attentive crowds that if they washed their hands regularly especially after using the latrine and before meals, they will have prevented over 75% of potential infections.

The event that was spiced up by a skit on hand washing from Itula Secondary School students was attended by was attended by hundreds of school children from over five schools, South Sudanese refugees from Palorinya settlement, host community residents, local leaders as well as humanitarian and civil staff.