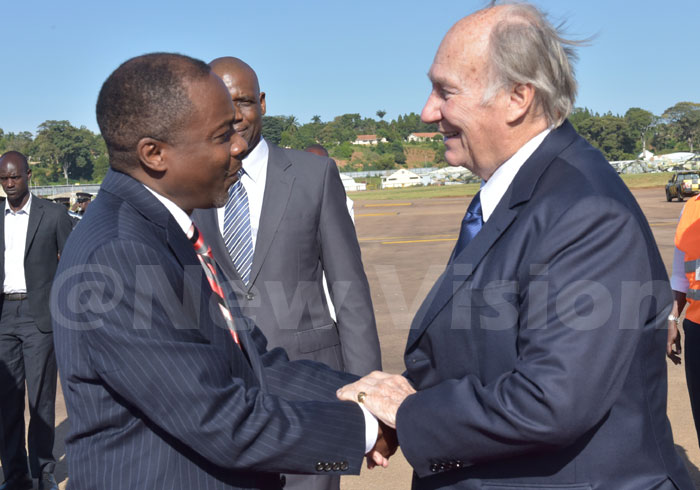 The Aga Khan was invited by President Yoweri Museveni.

His Highness the Aga Khan, who is spiritual leader of the Ismaili Muslim Community, arrived in Uganda yesterday on a four-day visit as a special guest during the celebrations to mark Uganda's 55th Independence from British rule.

The Aga Khan, who was invited by President Yoweri Museveni, was received on arrival at Entebbe International Airport yesterday evening by the Attorney General, William Byaruhanga and other dignitaries.

President Museveni later received His Highness the Aga Khan and his delegation at State House Entebbe.

Museveni and the Aga Khan briefly held discussions on matters of mutual interest. The Aga Khan will be a special guest during Uganda independence anniversary celebrations in Bushenyi district, during which he will be bestowed with a medal in recognition of his exceptional efforts towards the economic development of Uganda.

The Aga Khan told his host that he was looking forward to attending Uganda's historical event of her independence in Bushenyi district.

According to statement released by the Aga Khan Development Network (AKDN) yesterday, the visit is part of a series of visits that coincide with the Aga Khan's Diamond Jubilee, which began July 11.  The Diamond Jubilee marks 60 years of his Imamat as the spiritual leader of the Shia Ismaili Muslim community. The Aga Khan became the Imam on July 11, 1957 at the age of 20, succeeding his grandfather, Sir Sultan Mahomed Shah Aga Khan. 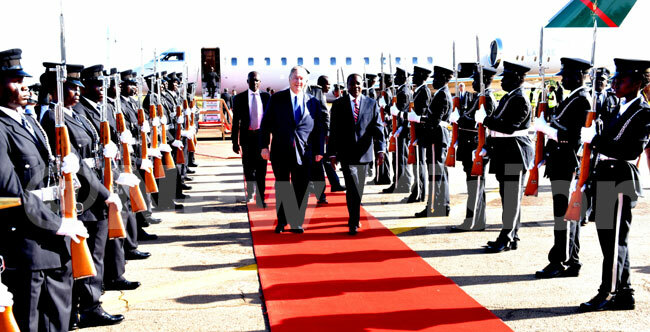 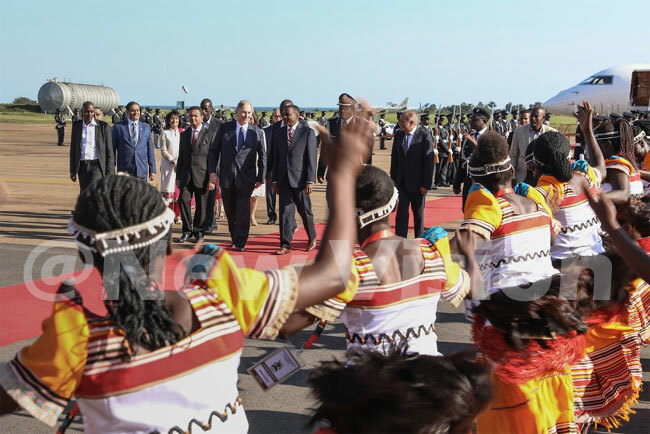 Upon his arrival at Entebbe Airport, the Uganda Police Band played the Ugandan National Anthem and Nashid al Imamah, following which the Aga Khan walked through a Guard of Honour. After leaving the airport, the Aga Khan travelled to State House Entebbe where he was received by His Excellency Preisdent Yoweri Museveni.

His Highness the Aga Khan is the founder and chairman of the Aga Khan Development Network (AKDN) - a global network dedicated to improving the quality of life of all people that has made substantive contributions towards the development of Uganda.

The Aga Khan Development Network (AKDN) has a long history in Uganda, working in education, healthcare, economic development and civil society, programmes supported by the government and other partners.

The Aga Khan will also meet with members of the Shia Ismaili Community in Uganda as part of his itinerary. 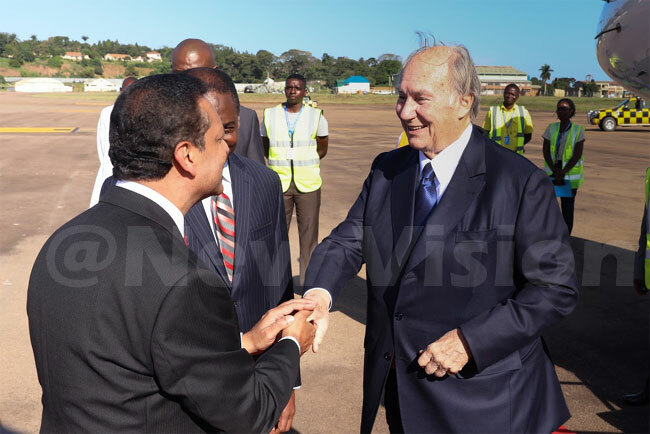 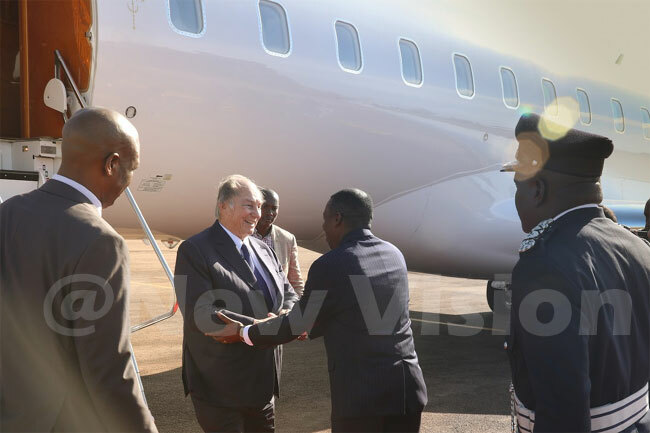 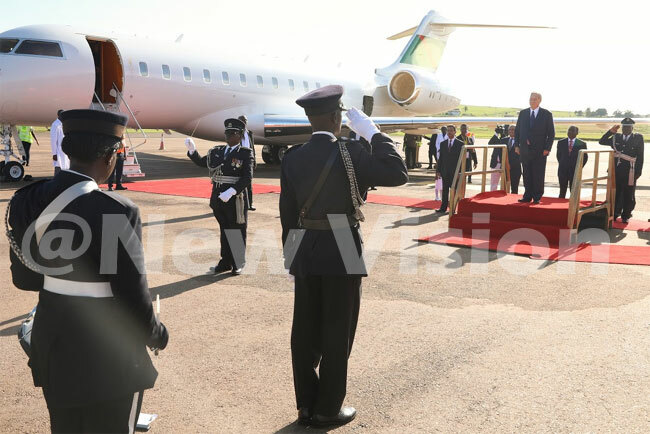