Mutesa 1 Royal University main campus in Kirumba, Masaka has been closed after students went on strike.

The students started the strike today; the third such strike in a space of two years over poor management.

The institution's authorities and lecturers fled the University after the students stated hurling stones at the main offices.

They painted the main administration offices with remarks expressing their discontent over the university mismanagement. 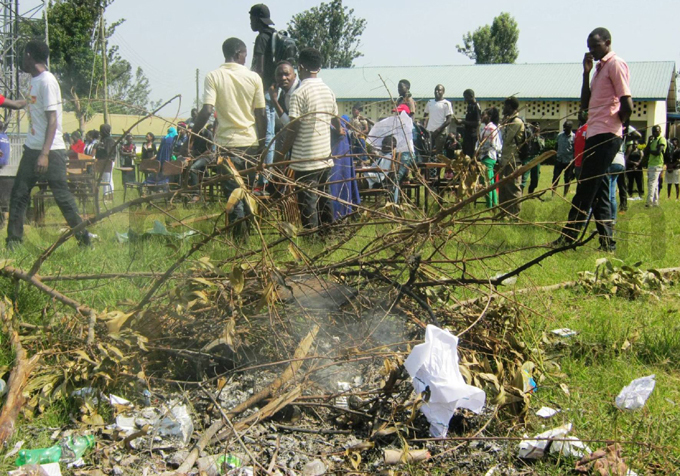 The mainly expressed dissatisfaction over the university's failure to pay lecturers, poor sanitation standards and lack of a university charter among others.

Masaka RDC Lt Joe Walusimbi accompanied by security personnel stormed the university at about 1pm after the students barred authorities from accessing the campus.

Walusimbi managed to calm the students on grounds that he was going to meet the university management to resolve matters.

He later said he had received communication through the office of the deputy dean of studies calling for the temporary closure of the institution until further notice. 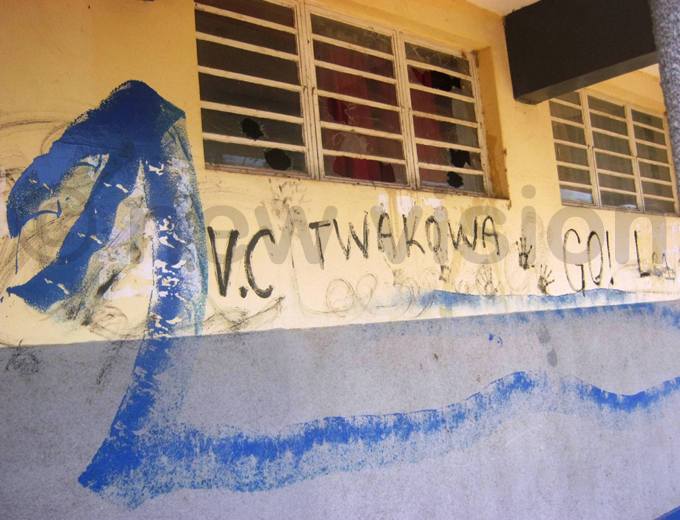 Walusimbi said they were fed up of the endless demonstrations at the university over administration matters and added that the concerns of the students were genuine. He said they received information that the university has not paid the lecturers for up to four months.