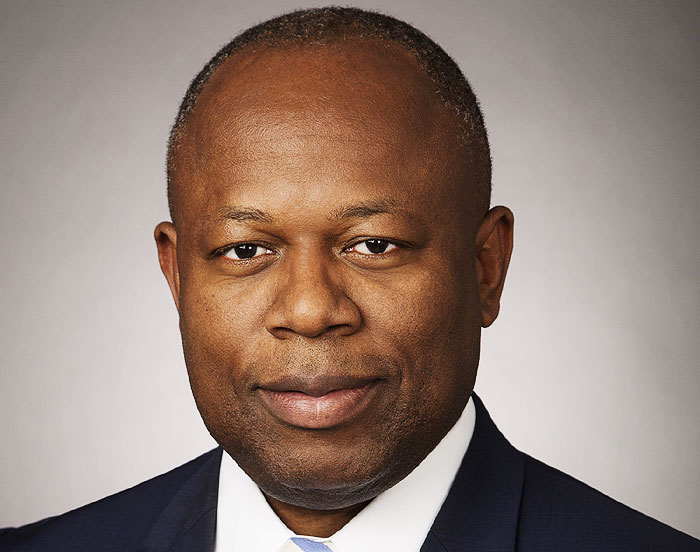 So far, we have 25 African governments that are shareholders of Africa50.
TOP National STORY
Fri Sep 22 2017 .
Africa50 to issue up to sh324b to private projects

So far, we have 25 African governments that are shareholders of Africa50.

The former Global Head for the World Bank Group's Global Infrastructure Project Development Fund ("IFC InfraVentures") spoke to our reporter about the progress of Africa50, and how the private and public sectors in Uganda can benefit and contribute to the initiative.

Q:What is Africa50 all about?
A: Africa50 was started at the request of African heads of state to address infrastructure gaps in Africa through private investment and public private partnerships (PPPs). Our goal is organized around three pillars. Firstly, we focus on project development because one of the biggest constraints to infrastructure development in Africa and other emerging markets is the limited availability of bankable projects. There are large sums of money, sitting on the sidelines, looking for good investment opportunities. If projects are ready to receive funding, then we can increase the level of private investment in African infrastructure projects.

Our second pillar is to invest in projects that have been developed by other parties that may require additional funding; this includes projects that are already operational. The final pillar is mobilizing financial resources from government shareholders and from commercial shareholders such as pension funds, and insurance companies; basically mobilizing long term funds from within and outside Africa.

Q: What is your strategy for Uganda? Are there projects in Uganda that Africa50 has earmarked for funding?
A:We are going to have an active engagement with Uganda to figure out whether government will decide to become a member of Africa50. I think that there are many benefits to being a member of Africa50 such as supporting a pan African investment platform which is supported by a large number of African countries using government investment to catalyze private investment.

If Uganda becomes a shareholder, we could be a lot more active in terms of looking for investment opportunities and supporting private and PPP infrastructure projects that we can finance. Uganda has made big achievements in the energy sector in terms of getting one of the biggest hydro PPPs in Africa - Bujjagali hydro power dam. The country has Umeme, which is a very reasonably successful distribution company. Not everything is perfect but the country has made good strides in restructuring the power sector in a way that the Ugandan people see that there has been progress. We want to be in a country like that.

Even though Uganda is not yet a member, we can still look at projects in Uganda. But then we will be less actively involved because members will ask why we are spending so much resources in a country which is not a member.

Uganda is a target country. In fact, I had a quick meeting with President Museveni at the US-Africa business forum in New York last year, the last one under President Obama. Hopefully, we will have more discussions with government.

Q:Which sectors is Africa50 focusing on and what is the criteria for funding?
A:We are focusing on projects in the sectors of energy and power - which is our top priority sector. We are also focusing on transport like toll roads, and airports. We are generally looking at sectors that are more likely to receive private investment. When it comes to eligibility we are targeting private projects which are sponsored or could be sponsored by private finances; we are not looking at funding government projects which have other sources of funding like the African Development Bank and World Bank among others. We have an interest in private projects that will generate a return and have a high impact because we have promised our shareholders a return on their equity.

Q: How much capital does Africa50 have and is it sufficient for Africa's needs?
A: At the moment we have committed capital of close to $820m (about sh2.9 trillion), this is not enough to realize even part of our goals because the investment gap in infrastructure in Africa is about $30b to $40b a year. Governments cannot fill that gap alone so there is huge need for the private sector. You can see the magnitude of the challenge, so with our $820m or so, we will not be able to address all the needs but we can have a catalytic effect by supporting the private sector. However, we hope to raise significantly more money than we have today.

Q: What is the maximum you can investment in project right now?
A: We can invest in early stage project development which is a risky phase of the project lifecycle where developers are struggling to put together the consortium, to finalize studies, and to pay for lawyers. At this stage we can fund between $8m to $10m (about sh36b) - that is a lot because a project only needs 5% to 10% capital in early stages to make it bankable. The big money really comes when the project has been proven to be bankable and the project moves on to construction. During the construction phase we can go up to between $60m to $80m (about sh288b) of maximum stake. But we generally do not need to go that high because we are not seeking a majority stake but to catalyze the project. We can be a strategic minority to make the project happen as opposed to controlling the project and running it.