PIC: Tuberculosis patients in Bududa say they have been greatly affected by the TB drugs stockout. (Credit: Elvis Basudde)

The World Health Organization (WHO) conditionally recommends the use of isoniazid preventive therapy (IPT) for people living with HIV for the prevention of tuberculosis (TB).

This is because TB is the most frequent life-threatening opportunistic disease among people living with HIV and remains a leading cause of mortality, even among persons receiving anti-retroviral therapy (ART).

Clinical trials have shown that IPT dramatically reduces the incidence of TB among persons living with HIV.

The National TB and Leprosy Program (NTLP), together with AIDS Control Program, rolled out implementation of this intervention at the beginning of 2015. Despite this, the IPT coverage has remained low in the country.

This, according to experts,  continues to complicate the fight against TB; the very high TB/HIV co-infection with the high chance of a TB patient being co-infected with HIV being seven times the prevalence of HIV in the Uganda adult population.

A case in point that is most hit and continues to grapple with continued stockout of isoniazid is Bududa district.

People with HIV who are eligible for isoniazid preventive treatment in Bududa are going without this treatment while those who are lucky to get it receive half doses. Dr. Sylvia Namwaba, the in-charge at Bududa Hospital, confirms that indeed they have experienced stockout of isoniazid for a year.

"Since last year we have been reporting the stockout of the TB drugs but it is not delivered to our health facility. We do not know what is happening. IPT is a proxy for continuous treatment. When you start you take it for six months without stopping but most of our clients have not completed their doses," she says.

WHO recommends that people living with HIV who are unlikely to have active TB should receive at least six months of IPT as part of a comprehensive package of HIV care, adding that the effects of IPT augment the effects of antiretroviral therapy on reducing the incidence of TB.

Isoniazid is an antibiotic and works by stopping the growth of bacteria.

Although IPT uptake is increasing, fewer than 25% of people living with HIV and who are in care are receiving it. People living with HIV who are household or close contacts of people with TB and who after an appropriate clinical evaluation are found not to have active TB should be treated for presumed Latent tuberculosis infection (LTBI) with IPT.

Some studies in PLHIV have demonstrated that IPT is more effective in those with a positive tuberculin skin test (TST) than those with an unknown or negative test. WHO therefore recommends that the TST should be used where feasible.

Approximately 1.6 million people are living with the HIV virus in Uganda. TB is a leading killer of people living with HIV. It is estimated that 80% of persons co-infected with HIV and TB succumb to death. In resource-limited settings, many people living with HIV who start ART late after they have already developed advanced immune suppression die within the first six months, often due to TB.

Uganda is among the 30 high TB/HIV burden countries.

Of the 10.4 million people globally estimated to have TB in 2015, 1.8 million died from the disease; of these, 400 000 (22%) were HIV co-infected. Of all recorded TB cases in 2015, 11% (1.2 million cases) were HIV co-infected; the proportion was highest in the World Health Organization (WHO) African Region countries, exceeding 50% in parts of southern Africa, including Zimbabwe. 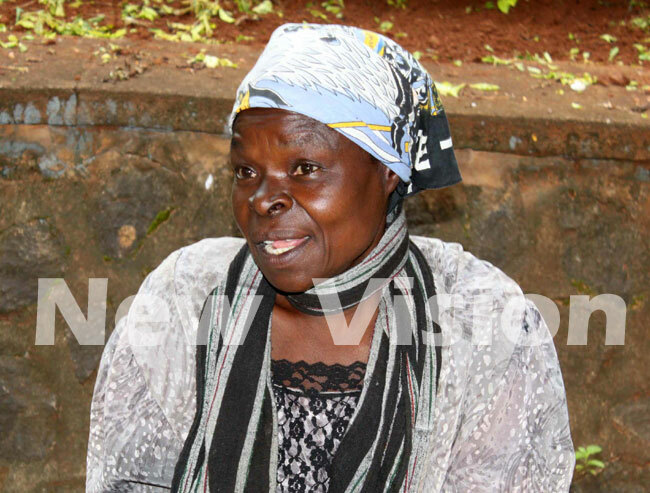 Claudia Namasopo (pictured above), 55, is a resident of Buwali subcounty in Bududa district. She says she was given isoniazid two times for three weeks only last year and she has never got another refill. She says she has since started coughing, which was not the case before.

"I was not coughing before but since I stopped getting the therapy, I started coughing and also feeling weak. I am supposed to get it for six months but got it for only three weeks. I am worried. My immune system deteriorated and I was admitted in this very hospital [Bududa Hospital] two weeks ago," she says.

Namasopo says she is worried because she was told that the moment he starts the medication, she must not stop. However, she continues getting her ARVs. Whenever she asks, she is told that the suppliers have not delivered.

As for 14-year-old Sarah Namasome, a school dropout and a resident of Nalwaza subcounty in Nabende village, she was only given isoniazid for two months seven months ago and that was all. Both her parents died and she stays with her aunt.

"I have been crying to God who knows my name and who knows why he brought this disease to me. I call upon Jesus because He has the final say to all situations. Please, take over my life because I have come again today only to be told I cannot get medication again. There are no clinics here where I can buy the drugs, but still even if there was one (clinic) I do not know if I would have been able to afford," laments the teenager.

Namasome continues to take her ARVs which she says she has never missed. But she is worried because her counselors have told her the dangers of non-adherence to medication, and she therefore appeals to government to get a lasting solution to this isoniazid stockout.

Agnes Wataka, 40, of Bugile subcounty, says she was given isoniazid for only one month. She says she wants to get the remaining dosage because she feels bad without completing her dosage.

Meanwhile, Bena Namono an expert client at Bududa Hospital, says they have not received the TB isoniazid for over a year now. She regrets that most clients have not completed their doses. Most of them have got drugs to last two months yet they must get for six months.

"The problem here at the hospital is the isoniazid drugs and the children drugs. For ARVs we have no issues, we have it in plenty. Given the terrain of Bududa, it is frustrating for a client to travel a long journey to come only to be told they cannot get what they have come for," says Namono. 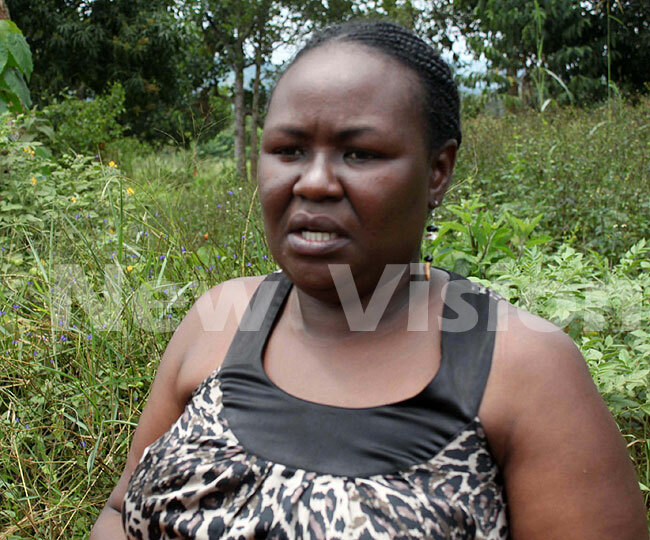 Salome Atim (pictured above), the advocacy for better health project officer at the National Forum of People Living with HIV& AIDS Networks in Uganda (NAFOPHANU), an umbrella organization of networks of people living with HIV, says that there is great danger end effect of having uncompleted doses of isoniazid.

Not completing dosage has a psychological and medical health consequence. For those who were initiated on treatment after having been counseled and informed that they are at risk of contracting tuberculosis due to a compromised immune system, being put off isoniazid preventive therapy is traumatizing, says Atim.

Considering the benefit isoniazid renders to persons living with HIV, she asks the government to fasttrack the implementation of isoniazid preventive therapy by ensuring that adequate stocks of isoniazid are procured and all eligible people living with HIV are enrolled and sustained in care for the recommended period.

"This will save the country from higher treatment costs of managing many patients on both tuberculosis and HIV medication. Co-infection of tuberculosis and HIV is lethal and initiating and maintaining citizens in care will safeguard lives, thus reduce loss of the country's productive resource; the backbone of the economy," says Atim.

Following reports of stockout of some TB and ART medicines, supplies and other commodities, NAFOPHANU, conducted a seven-day fact-finding survey in seven districts, which shows that most of the challenges cut across in all the district where they conducted the survey. The districts include: Kumi, Bududa, Mbale, Mayuge, Mpigi and Mityana.

In Kumi district, the stockout of various combinations of HIV drugs and other commodities is more pronounced. Dr. Simon Oluka, the in-charge of Atutur Hospital, says they have recently experienced stockout of some combinations of ARVs and TB drugs. He says the HIV combination that is out of stock in his health facility includes: Efavirenz 600mg, Neverapine 200mg, TDF 3TC 300/300/300mg and TDF 3TC 300/300. All these regiments missing are first-line treatment.

"There is open coughing and no space in most of our health facilities. Because of lack of protective gear-masks, two of our health workers (clinicians) contracted TB in Butora and Buwamu Health Centre III and they are on treatment. A number of clinicians have abandoned their work fearing risking their life due to lack of protective gear," says Nanziri.

In Mityana district, the situation is no different. There is stockout of Nevirapin syrup and Nevirapine tablets for children. As a way of improvising, they break tablets for adults into four to give to the children.

"We are in an alarming situation for children without their medication. Most of our children are malnourished because they don't have food. Also here in Mityana, some teachers stigmatize children who are HIV positive," says Florence Nagawa, district coordinator of people living with HIV.

The HIV prevalence in Mityana is estimated at 12% against a population of 340,000 people.

According to Joseph Muwanga, assistant district health officer, Lake Wamala is one of the contributing factors for the high HIV prevalence. The camps and tea plantations attract people from different areas. Sex workers are many in the district, Mityana being on the highway to Kasese and Congo.