KAMPALA - It started off as a humble roadside snack, and even to some, a full meal. But now, the so-called rolex has since rolled its way onto the Ugandan social events calender.

The craft of putting the culinary delight together is as simple and as ingenious as how its name was coined. Does 'roll eggs' and 'rolex' sound a bit similar? I bet it's hitting the right notes inside your ears.

You could say it had to first take American news channel CNN to highlight it as a fast-growing African fast-food for us Ugandans to hop onto the wagon and realize what a gem we had for a food. And appreciate it too.

Since that global recognition, the rolex has enjoyed a delicious rise through the echelons of culinary choice and is flexing its muscle with other foods at the top.

Any evidence? Well, the Kampala Rolex Festival is one to show for.

The event is now an annual event and this year's was the second edition. It all went down on Sunday (August 20) at Uganda Museum, same location as last year's inaugural version.

Let me take you through how this one faired on . . . 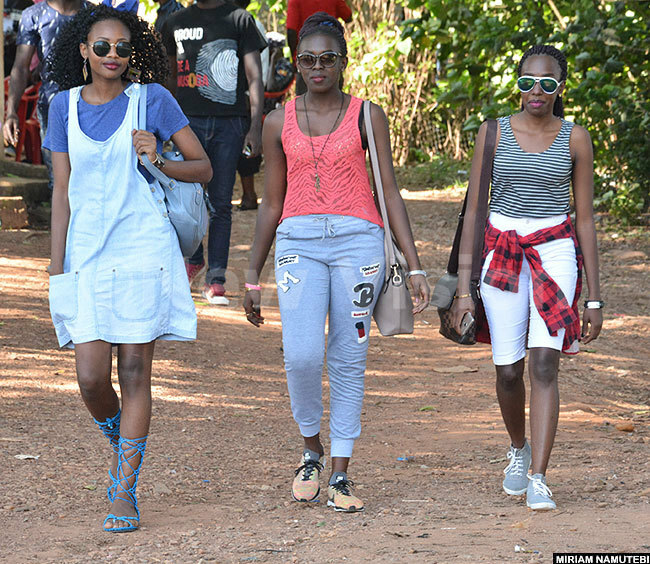 The foodies had to first get to the venue, and how they sauntered in in style! From gladiators to fancy handbags and shades. For a warm day that was Sunday, the obvious choice for many was light clothing. Keeping it simple at its best. 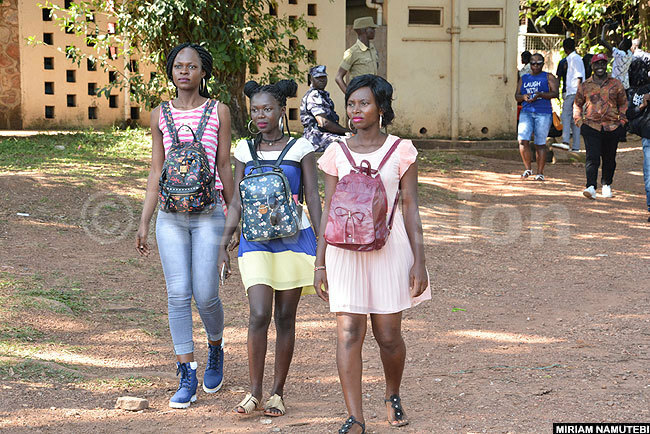 Is this for security reasons or it's simply style at work here?

Well, uhm, after a quick check, a colleague has intimated to me that it's actually a trending style. 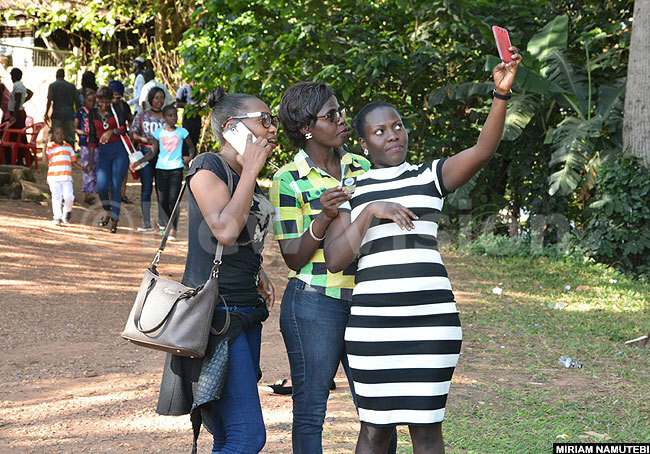 As they made their way to the venue, some paused, then posed in freestyle mode and they froze themselves the selfie way. 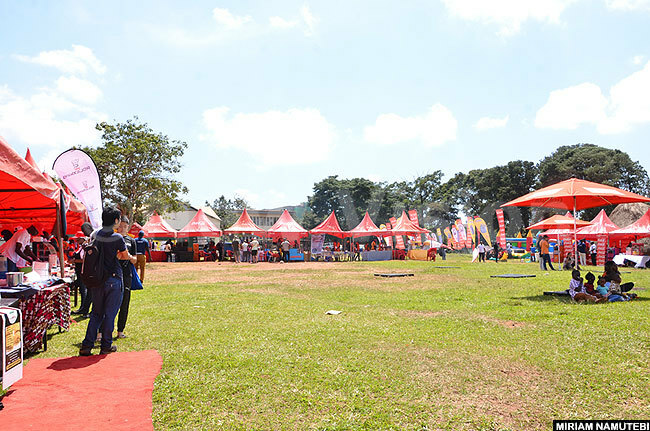 Meanwhile, the weather was kind. A tad too hot for an open event, but then, better sunshine than rain. Right? 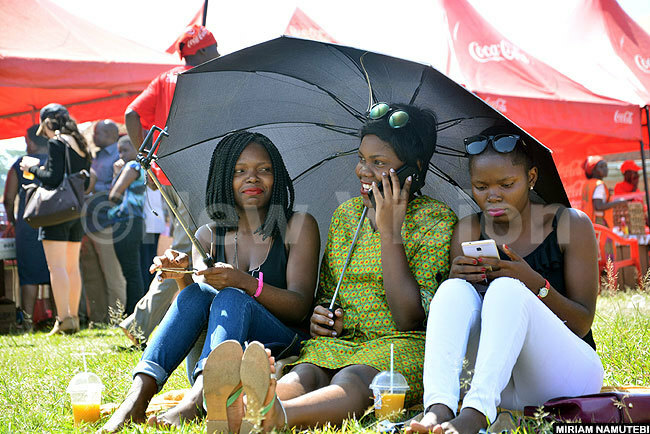 The sweltering temperatures weren't that much of a bother . . .

. . . for those who had been keen enough to check the weather forecast and plan ahead of time.

An umbrella a day, keeps the sun rays at bay. Surely! 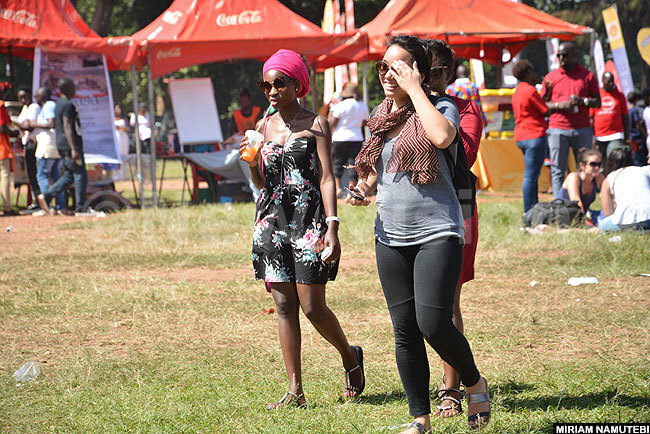 But if you didn't carry along an umbrella, light clothing would do just fine. Shades, a bonus.

Oh, and a drink to keep you hydrated! 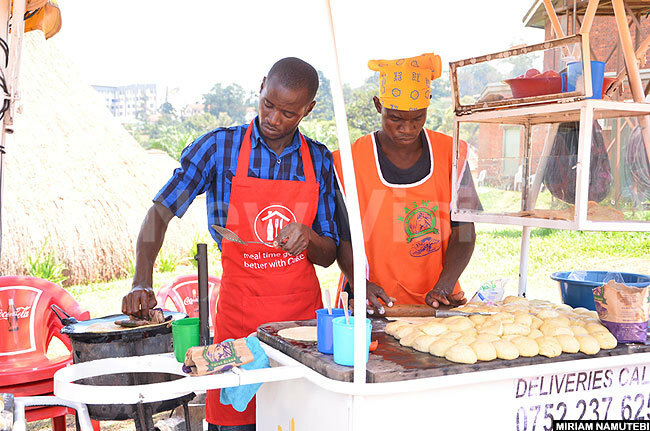 OK, enough of the talking and now to what brought us here . . .

Rolex time it is!

In the event that you are a first-timer, let me offer a quick definition: A rolex is simply a cocktail of eggs and vegetables rolled in a chapatti. When it comes to actual consumption, you can get as adventurous as your mind can stretch.

So the experts slapped on their aprons, flexed their muscles and got down to some  kneading, rolling and frying. 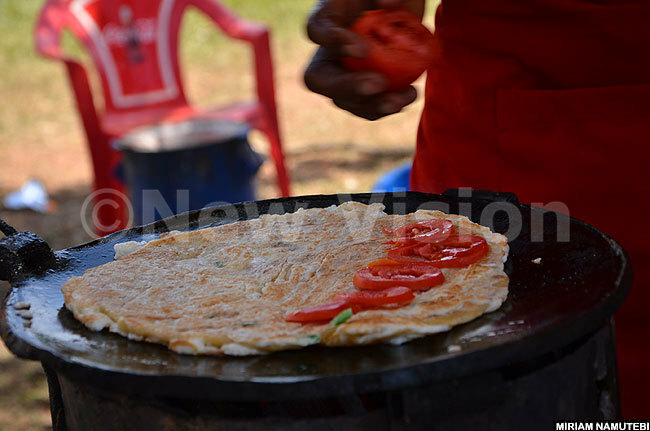 By the way, you needn't have mastered loads of geometry to align the tomatoes on eggs, like this expert is.

Only make sure that your knife is well-sharpened.

Don't slice your finger in the process of fixing the popular rolex though :) 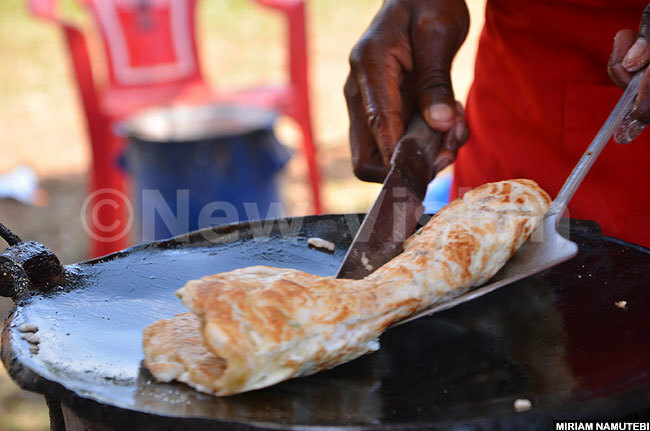 OK you may not need geometry in your head but you definitely require relatively steady hands when rolling this. It's quite a maneuvre but with plenty of practice that amounts to experience, you should be able to get a hang of it soon. 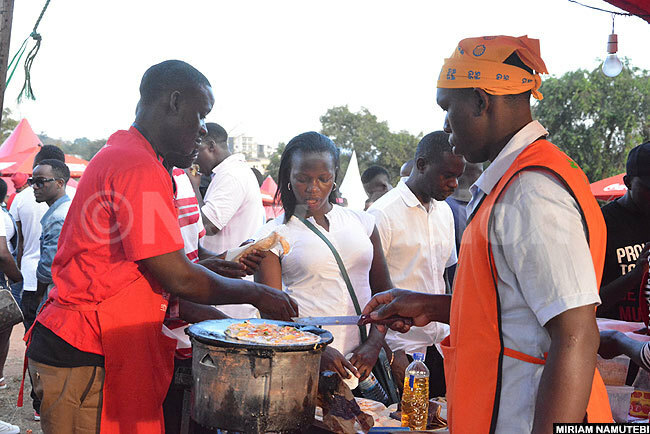 The orders were coming in fast.

So, the rolex 'chefs' had to be quick on their hands. 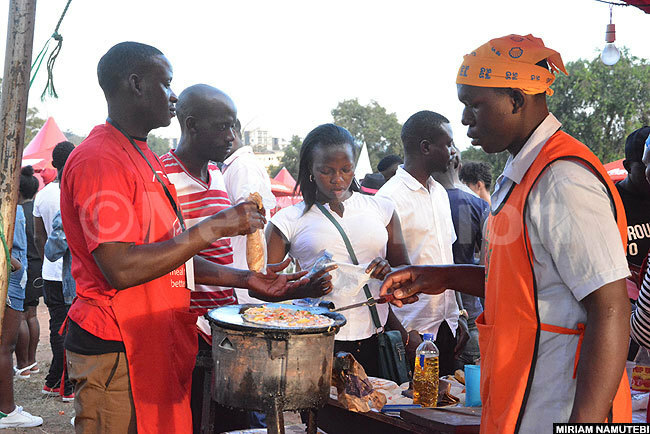 Well, they were doing just fine. That's their forte anyways. 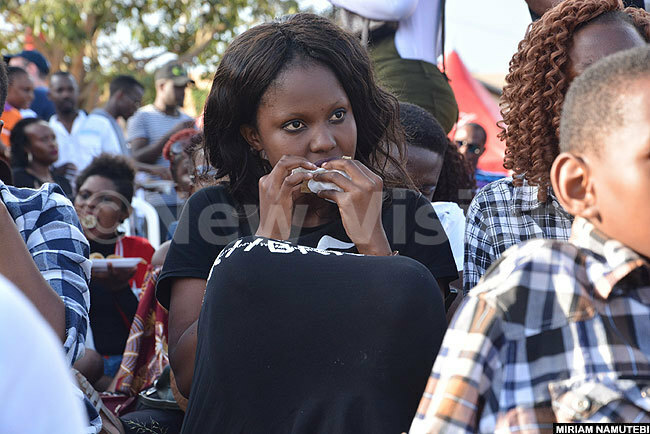 Doesn't it feel nice to sink your pearly whites into a juicy rolex!

You can tell that she was savouring the moment. A rolex is simply irresistible!

Do you want to try things out of your usual bubble? How about trying out a rolex using chopsticks, huh? (And no it's not a Chinese rolex). 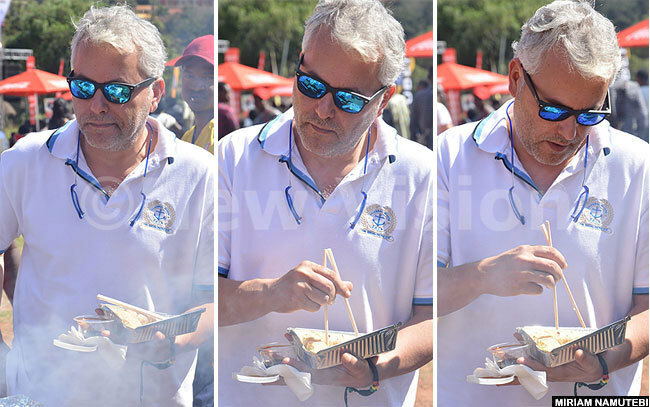 You perhaps also need a steady hand here too.  The aluminium foil in your open palm and the tomato sauce and serviette clamped by the fingers.

Use the other hand (of course) to grab the chopsticks and go for a grip. Tell you what, it's way easier with a rolex than it would with rice. 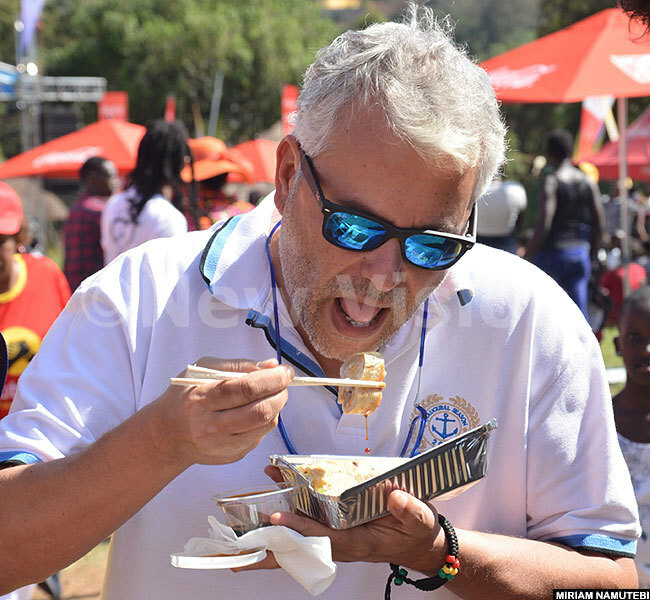 Grab a piece, dip it into the sauce and then defy gravity . . . 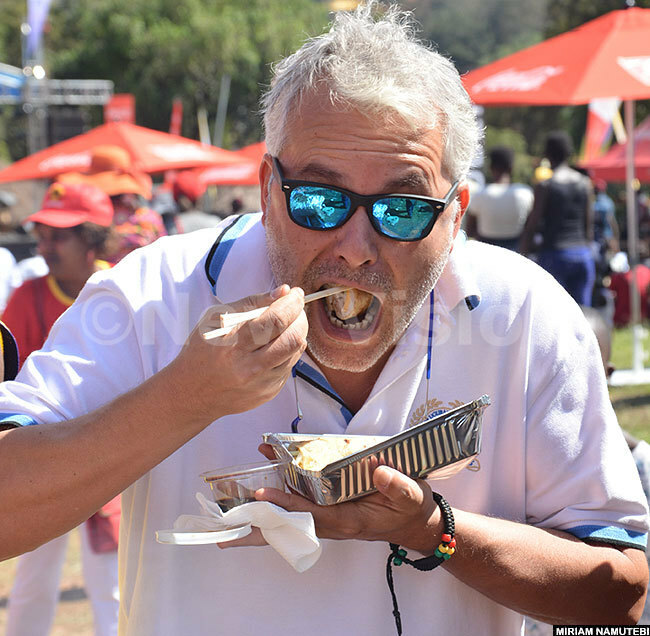 The rest is history.

Thank me later for the brief guidance :) 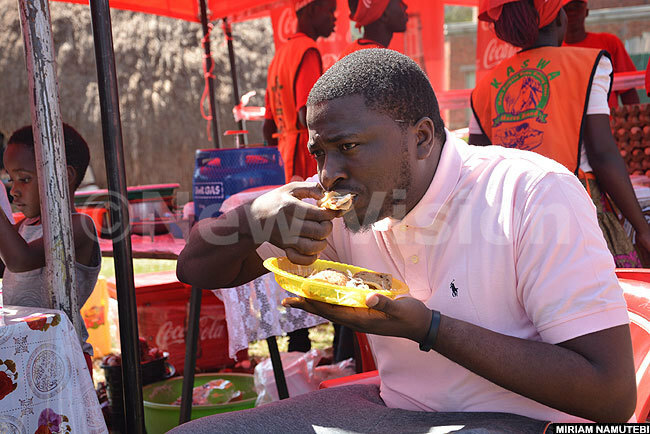 But then, the means doesn't always have to justify the end.

You can go for the most natural of 'weapons': The hand. 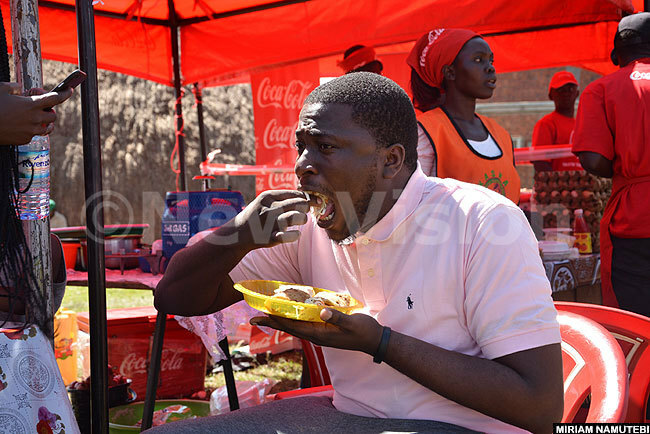 No chopsticks? No problem.

Meanwhile, the rolex played the starring role at this festival, but it wasn't all just about it. The cast was much bigger . . . 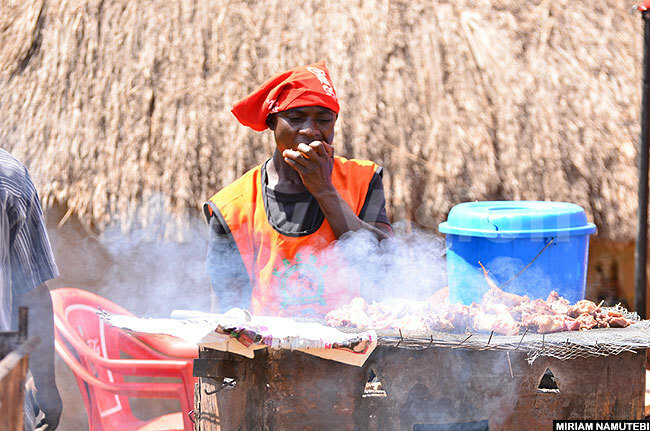 The meat lovers had something going for them too. 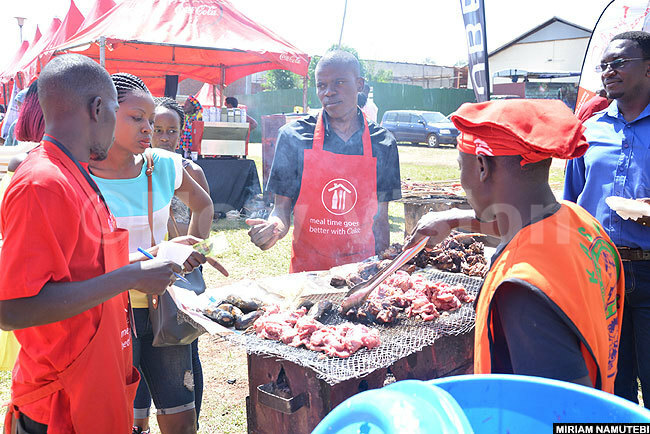 What's a culinary day out without mchomo, eh?

From the skillet to the makeshift grill. Meats of all kind sizzled invitingly before the very eyes of foodies who couldn't resist the urge to part with some quid.

I bet this is already whetting your appetite. 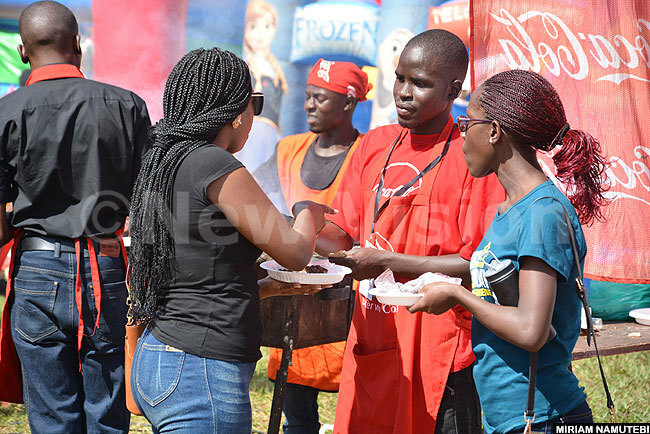 Business was booming for sure! 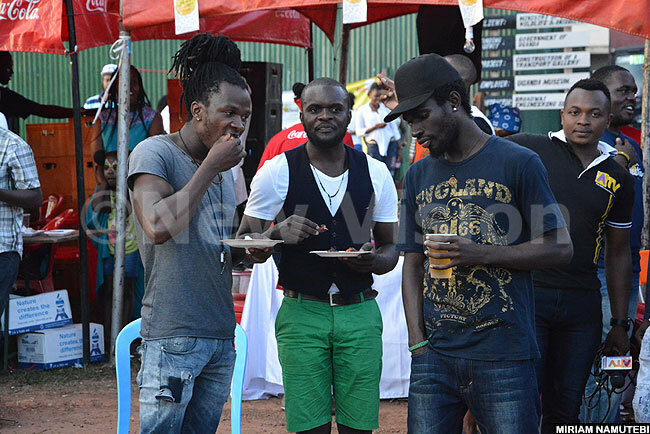 Looks like the finger-licking urge for meat got one patron perhaps regretting his initial choice.

The sun turned up its temperature knob a notch higher, and that got some people re-thinking their choice of what to ingest.

Good enough, the chilled sweet stuff was there to satisfy such needs.

Uhm, I know for some readers, the point of interest is not the icecream. I hear you. 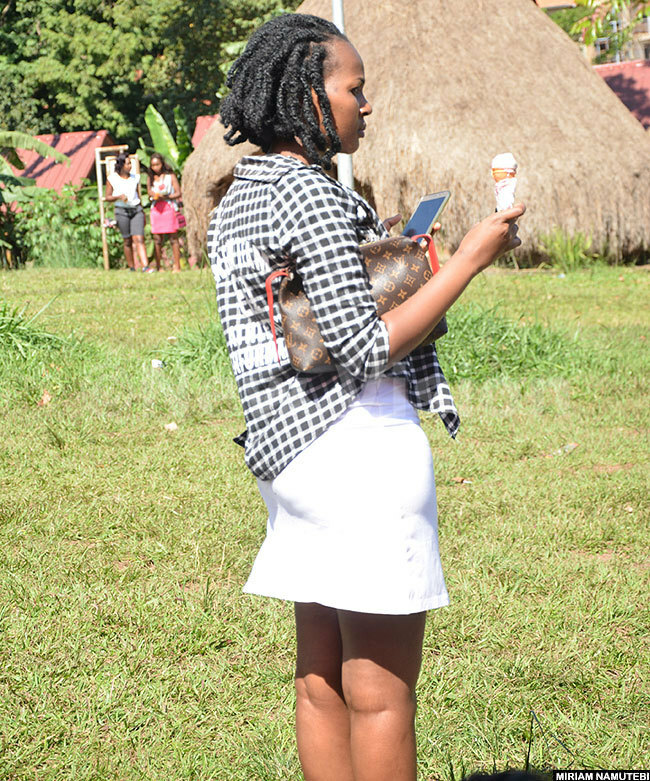 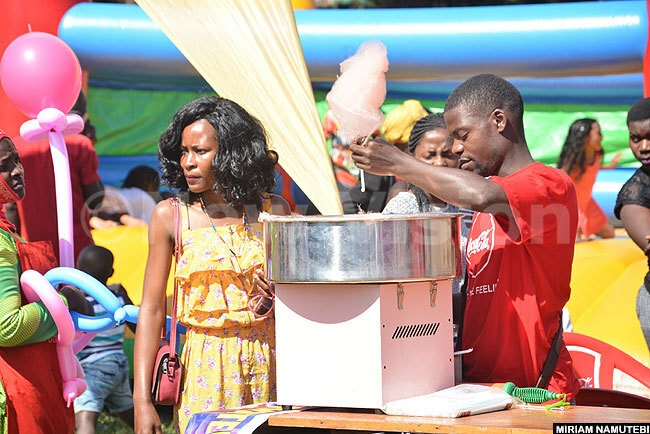 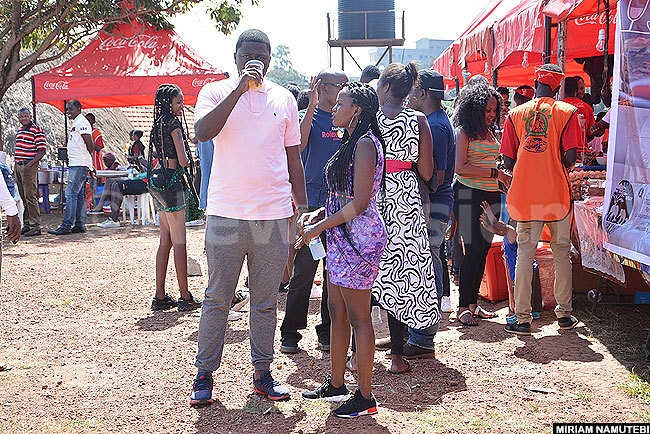 As the hot day progressed, the drinks flowed generously to keep the throats of the foodies well 'lubricated'. 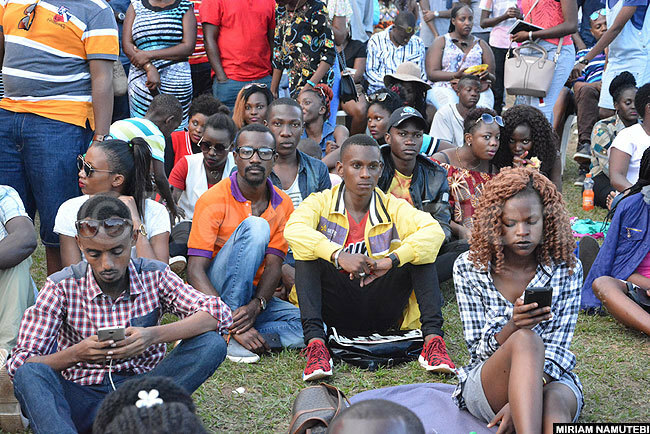 Well, some conversations were limited to the phone. 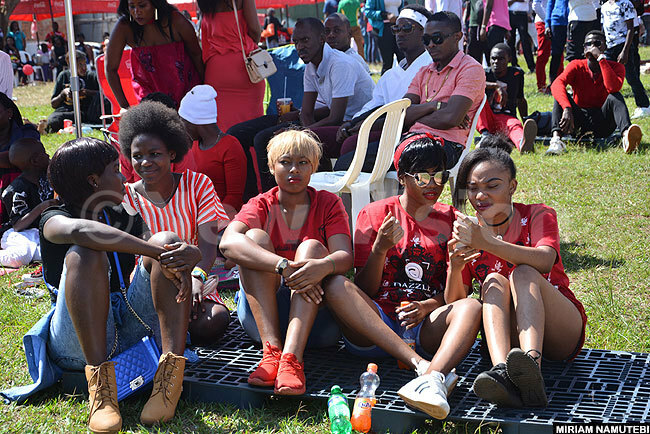 There were some invisible boundaries . . .

The foreground, the middleground and the background in this picture attests to this. 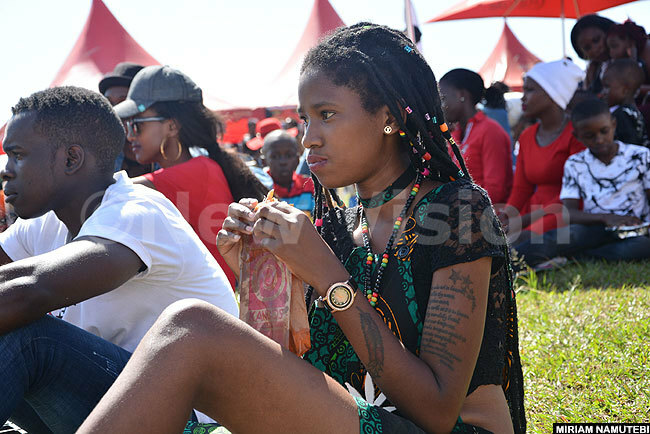 Don't bother squinting your eyes in an attempt to read the tattoo text. Instead, pan your eyes to other areas of the picture. 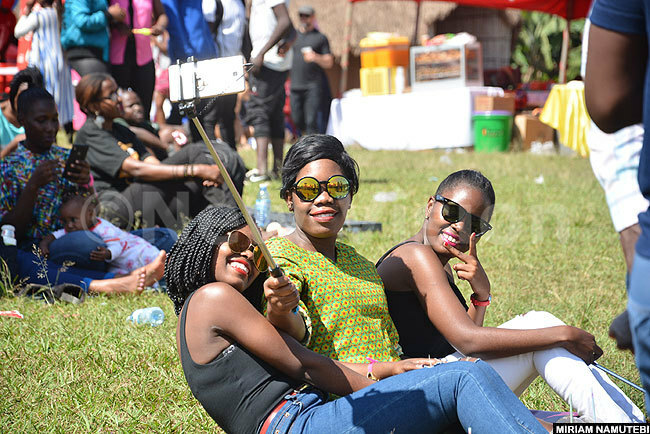 Memories were stored in more ways than one. 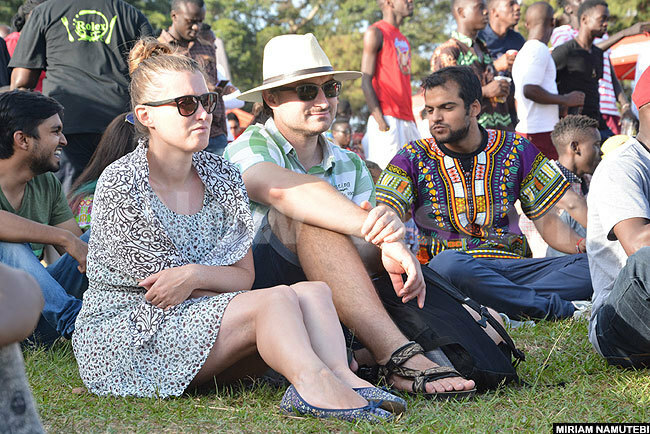 Sunday was a day to chill. A day to relax.