The International Criminal Court (ICC) has partnered with the Danish embassy in Uganda to provide television sets, portable generators and public address systems among other items to facilitate monthly video screening of recorded public trial sessions. 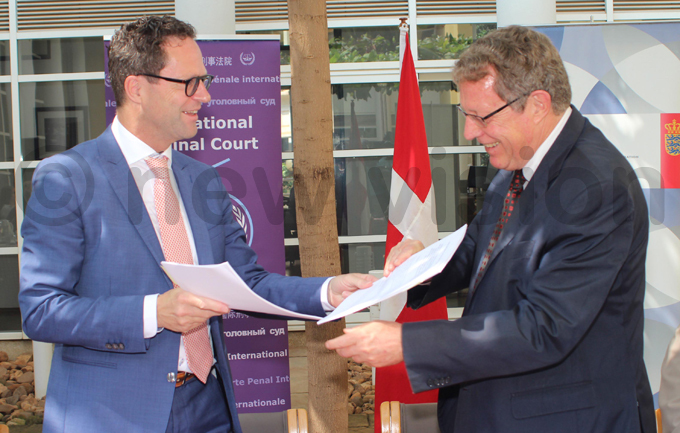 The equipment will be given to 23 parishes in the affected communities in Northern Uganda, including Coroom which is former Lord's Resistance Army (LRA) commander, Dominic Ongwen's birth place.

Ongwen is currently facing trial for the atrocities the LRA rebels committed in Northern Uganda, at the ICC.

He was charged with 70 counts of war crimes and crimes against humanity. The charges are in connection to the sexual and gender-based offences committed by the rebels and his responsibility in the attacks on Pajule, Abok, Lukodi and Odek IDP camps.

Maria Kamara, the ICC outreach officer for Kenya and Uganda said the equipment will be provided under the project ‘Access to Justice' which is being funded by the Danish embassy.

She stated that the project was conceived behind the reasoning that for a judicial process to be meaningful, relevant and owned by the communities it matters most to, it must be seen in action.

She said that through the various initiatives of the court to see that information on the trial, they observed an unprecedented high interest among the local population in following the proceedings. 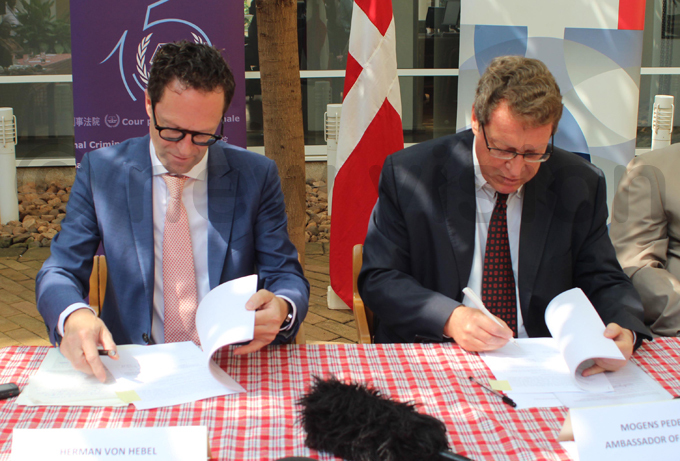 "For many months, we pondered on what practicable approaches we could explore to uphold this interest as well as expand our engagement far and wide to reach populations that reside in remote locations," she stated.

Kamara was speaking during the launch of the project at the Danish embassy in Kampala.

Hebel said that in their earlier initiative, they were able to conduct 181 public viewing sessions to 65,000 locals in the affected communities.

He said that the new project is a response to the enormous interest that the victims and the affected communities have shown in following the proceedings of the trial at The Hague.

Pedersen noted that the project will contribute towards access to justice, accountability, peace and reconciliation in communities affected by the war. 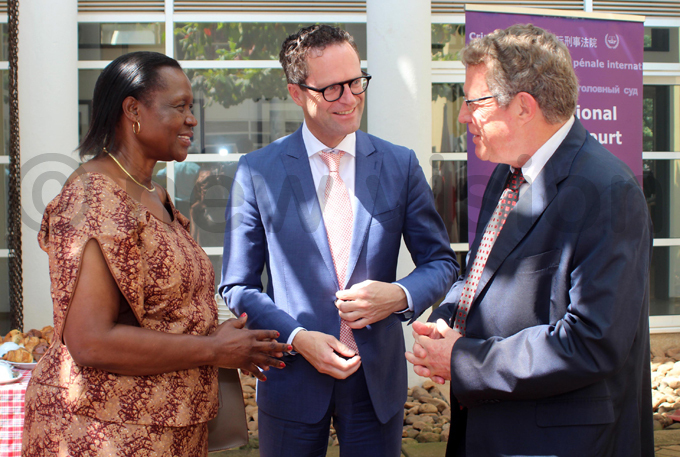 He said the project will bring justice closer to the people who have suffered violence for more than two decades and want to see justice done and those responsible for the atrocities accountable.

Rwot Acana, said that the project will help deepen the understanding of the court and its processes among the people and create confidence in the affected communities.

"It's very important for us and the community to close the gap between what is happening at the ICC and what is being done in the communities. With such a project the community will be brought together on a common understanding of what justices by ICC is about," he stated.

Acana noted that there are several effects of the war that has not been attended and are now manifesting in form of mental health problems, land wrangles, drug abuse and gender violence.

He said that these too need not to be ignored but given an urgent attention before it spirals out of control.

The project according to Kamara, will also provide travel to local leaders and journalists to attend the Ongwen trial at the ICC.