On Monday the team will visit Gender Based Violence Prevention project at Makumbi Railway Market, in Ndeeba Parish, Kampala.

Burgess together with the Permanent Under Secretary of state in the United Kingdom foreign and commonwealth office Sir Simon McDonald, the Irish Aid Director General, Ruairi de Burca, and the Africa Unit Director Fionnuala Gilsenan will visit Irish Aid projects in the country. The team on Tuesday proceeded to Karamoja to visit Irish Aid projects in Moroto and Napak districts.

While in Karamoja, Burgess, is expected to visit Manyatta (homestead) and nearby Social Assistance Grant for Elderly (SAGE) pay-point in Napak District.

He will also officially commission the Irish Aid office in Moroto district. According to Danal Cronin the Irish Ambassador to Uganda, Ireland has invested over 500 million Euros in Uganda since the embassy was opened in 1994.

From 2016-2020, Irish Aid has reinforced its commitment to support the sector in the Karamoja region-one of the most vulnerable parts of the country.

“We have a new plan for Uganda, between now and 2020 where we are investing an additional 89 million Euros and most of it is directed to the region of Karamoja, which is a big focus for us,” Donan says. 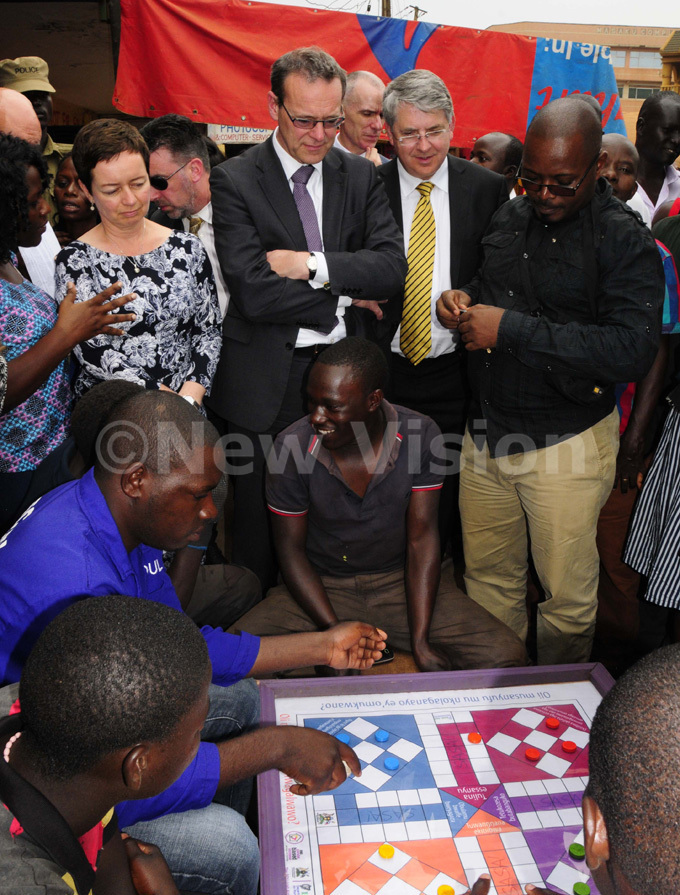 Through Irish Aid, a total of 11 secondary schools, two teacher training colleges, 21 primary schools have been built and rehabilitated in Uganda. The programme has also seen 1,500 girls and boys given bursaries in the Karamoja region.

In partnership with UNICEF, Irish Aid is focusing on improving literacy and numeracy at lower primary level.

Irish Aid is also providing a lot of support towards humanitarian assistance to refugees and other projects. Also support has been given in the areas of health, social protection, HIV prevention and good governance.