It doesn't measure in popularity and status like other marathons held annually in Uganda but it beats all in proceeds and the number of projects it supports in the greater Masaka region.

The Uganda Marathon is also one that also combines an element of sport and tourism with this year's event attracting 137 foreign runners from across the world. 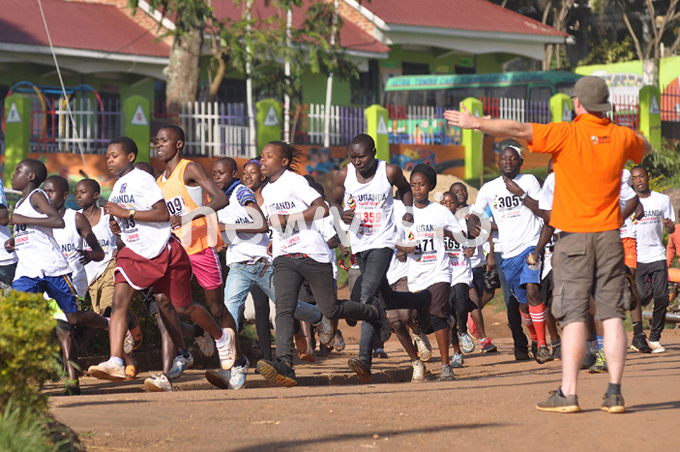 Runners in action during the 3rd edition of the Uganda Marathon in Masaka. PHOTO: Michael Nsubuga

According to Uganda Tourism Board (one of the partners) Public Relations Officer Vincent Mugaba, over the three editions, over sh2bn has been raised and channeled to different projects that benefit the youth, elderly and women in Masaka.

"There are plans to extend the marathon proceeds to other areas like Mbarara. Over sh1bn was raised from this year's race with foreign runners who also come to tour the country side after the race contributing a bigger percentage of the money," Mugaba noted.

"The unique thing about this marathon is that all money raised is injected back to different projects in Masaka," Mugaba said.

Before the run, tourists camp in Masaka for 7 days, partying with the locals, visiting and volunteering at the projects supported by the marathon as well as having fun with the children. 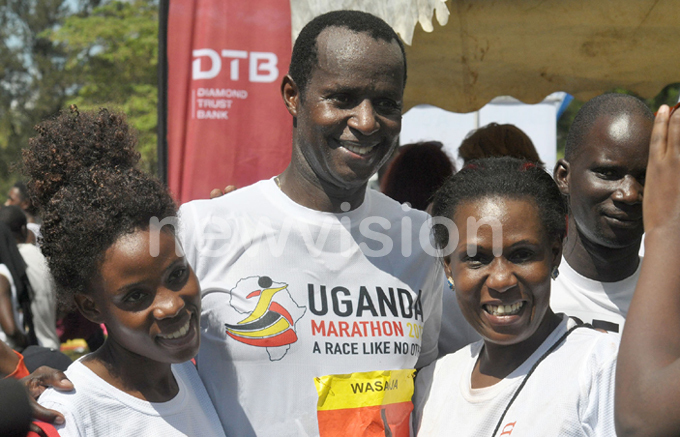 On Sunday, over 3000 runners led by chief runner Prince David Wasajja who run the 21km race, were involved in the third edition of the run that started at the Masaka freedom square. Children, adults and the elderly were all eager and participated in the exciting and fun run which had runners competing in the 10, 21 and 42km races.

Kenya's 26 year old athlete Andrew Biegon came first in the 42km race while the half marathon was won by Ndejje University's John Kateregga who also won the Entebbe and Wuhan half marathons early this year.

"It was tough race. This was my first marathon because I have only been competing in road runs and cross country but this win gives me hope in future races," Biegon said.

The Uganda International marathon has supported different projects like fixing a solar system, a poutry structure an underground well, a five classroom block, a kitchen structure with an energy saving stove at the Bugabira Primary School in Mukungwe alongside other organisations like the Human Rights Defenders,