Home
NEWS
MEDIA
Supplements
Tenders
Notices
According to the lands ministry statistics over 2000 housing units are set up annually.

World over, the real estate business is growing fast, and Uganda is no exception. More property agents and companies are springing up every other day in response to the growing demand at hand.

Professionals like quantity surveyors, architects, civil engineers and valuation surveyors no wonder have gained popularity nowadays due to this growth in the housing sector.  This is equally reflected by the rise in number of house brokers and mortgage facilities offered by banks.

This housing boom was unheard of more than three decades ago. At the time, civil servants seemed more content with residing in government pool houses or staff quarters. You wouldn't blame them, considering the fact that these residential areas had easy access plus the basic utilities one would think of.

With liberalisation of the economy also came government efforts to divest its interests in these pool houses. Sitting tenants were given priority to acquirement ownership of these houses and some who couldn't afford or had no interest in acquiring the property passed them on thereby getting a cut as goodwill. 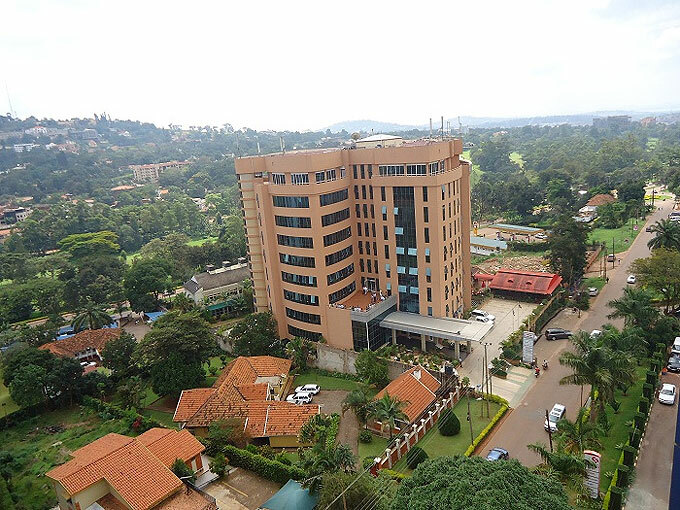 Real estate is becoming more popular by the day in Uganda, also in the commercial sense. Twed Towers, pictured, in Kampala rises above other structures

According to the lands ministry statistics, over 2000 housing units are set up annually. At least 60% of the dwelling structures (in the country) are roofed with iron sheets.

By independence day in 1962, Kampala had a population of two million people and the urban pressures had not been envisaged.

To meet the demands of the growing population, the government established the National Housing Corporation Act of 1964 post-independence. The Act was later cancelled by the 1974 Decree to form the National Housing and Construction Corporation.  It was tasked with increasing housing facilities in the country, rehabilitating the housing industry and encouraging Ugandans to own homes in an oragnised environment.

From 1964 to the early 1970s, the company built as many as 2,384 units of various types in Bukoto, Bugolobi, Nakasero, Mulago and Wandegeya.  In 1989, it embarked on increasing the housing stock in the country as well as rehabilitating various properties, which were rundown during the various wars in the 1970s and early 1980s.

The growth that has taken place in the last 31 years is unprecedented and is attributed to the NRM government, which has continuously provided a safe environment for real estate development. By 2005, the company had completed 604 housing estates.

Throughout the years, a number of real estate developers have come into the construction sector. "I really commend the work of real estate industry players, especially in trying to bridge the gap in the housing facilities in the country", says Dan Twebaze, the Director of Twed Property Development Limited.

Since the government pulled out of providing housing to civil servants, there was increased demand, which the real estate industry has tried to address. 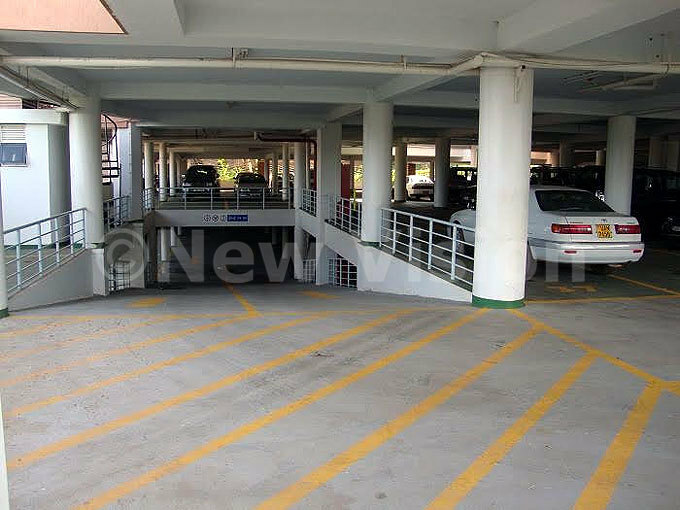 Today, commercial establishments are erected with ample parking space for convenience, like this one at Twed Plaza in Kampala

David Kireli, a civil engineer at the ministry of education, adds that houses in estates are fast-becoming the choice of preference today as they are easy to buy compared to a single bungalow that you have to take loads of time to build. Although they have not existed for long, estates are developing very fast in the middle class residential neighbourhoods in Uganda.

Shifts in social lives have also spiraled the demand for houses in estates. According to Twebaze, when Uganda was introduced to the real first taste of the real industry, the response was minimal. "It was hard to explain to people how the condominium works," he says.

He, however, adds that with time, the economy has improved and people want to own property now.

So, what have been the driving factors for the development of the housing sector? Why is there a mad rush for people to build their own houses?

Despite being dubbed 'high end', the concept of real estate is also growing particularly among young professionals attracted by the prestige that comes with it.

To meet the needs of the young emerging market, some companies have come up with houses at cheaper fees. This way, tenants, who are less affluent, are also likely to afford living in the closed communities.

However, their interventions are basically targeting the average Ugandan and, therefore, the poor are not catered for, according to Twebaze.

The other challenge, especially in regards to physical planning, is the way some property agents are subdividing plots. Various newspapers have been running adverts of plots available in some particular estates, but when you look at the layouts of such estates in terms of road infrastructure, it leaves a lot to be desired.

For instance, you find an estate of approximately 60 hectares with numerous plots of 50x100ft, up to the tune of about 1,000 plots.

From an urban development point of view, such patterns are not sustainable. With such patterns, there is a risk of adverse shortage of land within the next 15-30 years or so because the current trend does not seem to have a futuristic notion at all.

Although Twebaze admits that the real estate industry is doing well, he points out three distinct issues:

- a housing gap of about 600,000 to 1000,000 deficit calling for mass low cost housing. He says government must intervene to provide basic trunk infrastructure

- the land policy is not conducive for developers to put up massive housing schemes of about 5000 units.

- the economic downturn has slowed down demand in real estate