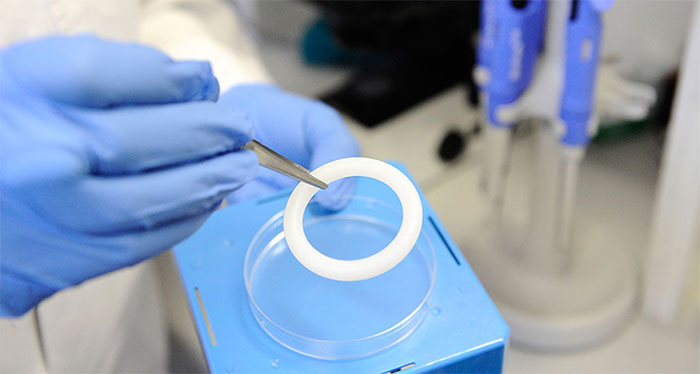 The success of the study could mean a massive reduction in the transmission of HIV. (AFP/Getty Images)

A research study to test a vaginal ring designed to simultaneously prevent HIV and unintended pregnancy was launched this week.

Dapivirine works by blocking HIV's ability to replicate itself inside a healthy cell while Levonorgestrel is a hormonal contraception widely used to prevent unintended pregnancy.

The main goal of the study is to "assess the safety and pharmacokinetics (how the body processes the two drugs)," a press statement announcing the start of the first clinical trial of the ring stated.

The dual purpose ring study comes after two trials last year found that a monthly vaginal ring with dapivirine alone was safe and reduced the risk of HIV infection by 30% and up to 56% among women who used it consistently. 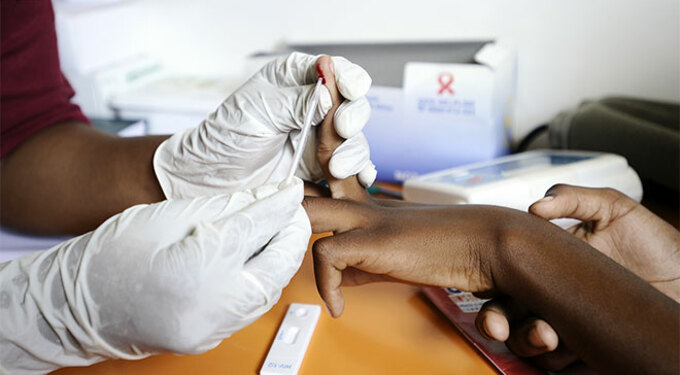 An HIV testing exercise. Experts say over 500 girls get infected with HIV every week and that the teenage pregnancy rate is very high

The ring was found to be easy to use and provided continuous and discreet protection against HIV.

International Partnership for Microbicides (IPM) built on this innovation to also address the important women's need for contraception.

"Women's sexual and reproductive health needs do not exist in isolation, and neither should their prevention options. A long-acting product that gives women two prevention methods in one may be quite appealing," said Dr. Zeda Rosenberg, founder and chief executive officer of IPM.

"The only way to end the HIV epidemic is to offer women product options that meet their various needs, and IPM remains committed to making this a reality."

HIV and maternal death are two of the major causes of death among women of reproductive age in especially the developing countries. In Uganda, there are at least 6,000 maternal deaths annually. According to the recently released Uganda Demographic Health Survey report 2016, the maternal mortality ratio has declined from 438 deaths per 100,000 live births in 2011 to 368 deaths in 2016. And while most reproductive health indicators are improving, the teenage pregnancy rate increased from 24% in 2011 to 25% in 2016.

Stella Kentusi, the executive director of National Forum of People Living with HIV/AIDS Networks in Uganda, sees the innovation as work towards developing an empowering method for women to be able to take charge of their reproductive health.

"We have the female condom but some men put it aside even when the women have taken the initiative to use it," she said.

She noted that the dual purpose ring will be especially important for countries like Uganda.

"We have over 500 girls getting HIV every week and a high teenage pregnancy rate. It (the ring) is a welcome move as long as the users will be disciplined enough to adhere to it," she said.

In sub-Saharan Africa, 60% of people living with HIV are women with young women aged 15 - 24 years, 2.5 times more likely to be infected than young men.

Sub-Saharan Africa also has a high fertility rate yet at the same time, the contraceptive prevalence rate (CPR) has remained low.  CPR is the proportion of women of reproductive age who are using a method of contraception. According to the 2015 UN Trends in Contraceptive Use report, sub-Saharan Africa's CPR is at an average of 28% compared with the global average of 64%.

Though it has been slowly improving, unmet need for contraception (that is the proportion of married women who would like to delay their next birth or stop child bearing altogether but are not using any method of contraception) is at 24% in sub Saharan Africa compared with the global average of 12%.

"Multiple studies have documented women's interest in using discreet rings for HIV or multipurpose prevention, which could help keep women HIV-free and would allow them to space their pregnancies, leading to better health and economic outcomes for women and families," the press release stated.

This research which will, for the very first time, study a vaginal ring with a contraceptive and an antiretroviral in humans, is led by the Microbicide Trials Network which is funded by the US National Institute of Health. It is taking place at the University of Alabama at Birmingham and Magee-Womens Hospital of University of Pittsburg Medical Centre in the United States.

Researchers will assess the ring's safety and how the body deals with the two drugs. They will measure levels of the two drugs in blood and vaginal fluid of healthy women participants of 18-45 years.

"The study will also assess product acceptability among women in the study. All women participating in the study will receive testing and counselling to reduce their risk of acquiring HIV and other STIs, including the provision of male condoms, and other health services," the release said.

They will inform next steps for the ring's formulation and future study designs.