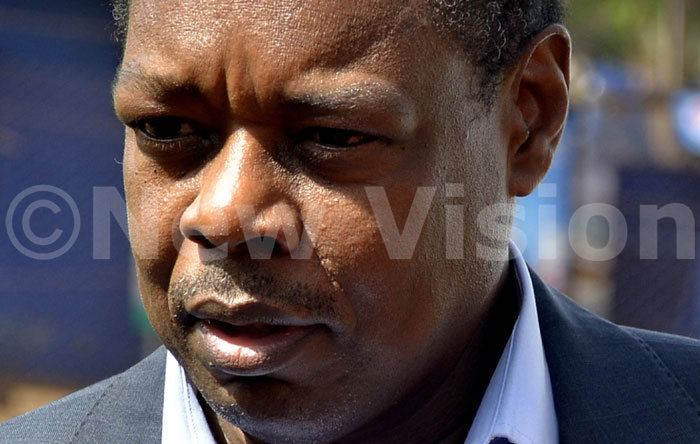 "This is one of the most important institutions in the country but we are really disappointed with your performance."
TOP Business STORY
Sun Apr 16 2017 .
UNBS officials grilled over counterfeit goods

"This is one of the most important institutions in the country but we are really disappointed with your performance."

KAMPALA - Officials from Uganda National Bureau of Standards had a hard time explaining why they have failed to control the influx of counterfeit and substandard goods in the market.

Although the officials led by the executive director Dr Ben Manyindo had come to defend their budget for the financial year 2017/18, the MPs on the trade committee instead turned the meeting into a grilling session on counterfeit goods in the market.

Trouble started when MPs asked Manyindo to explain the institution's plans to fight the flooding of substandard goods which they said had diverse health, environmental and safety effects on the economy.

The MPs complained that the institution, which is mandated to enforce standards to protect consumers, had largely dysfunctional standards surveillance system that has allowed locally manufactured goods enter the market without inspection.

"This is one of the most important institutions in the country but we are really disappointed with your performance. I know you have problems of budget cuts but we must get serious. Diseases are on the increase because of what we are consuming. UNBS, what are you doing?" said MP Okot Ogong.

"You came here thinking that it would be business as usual. My dear we have changed. The committee is going to start biting. You play a very important role in the country but look at your budget. You don't even tell us how much you exactly need to perform effectively," Ruhunda said before asking the team to go back and set their priorities right.

Gordon Bafaki asked the team to explain what he called selective seizure and closure of Ugandan products and facilities.

Substandard goods have adverse effects on the health of citizens, the environment and the economy if consumed.  To the business community, they create unfair competition, leading to loss or closure of businesses.

Manyindo admitted there was a problem but attributed it to inadequate staff and underfunding.

According to him, the directorate of compliance that is largely focused on enforcement of standards is understaffed with only 80 staff out of the required 200. This is in addition to inadequate transport to take the staff to the field.

"These numbers are inadequate if we are to move to all areas in the country," he said.

He also complained of a mismatch between official working hours and business hours.  Manyindo noted that whereas business in Uganda runs throughout day and night, the Bureau follows public service guidelines of working five days a week eight hours per day.

"This leaves a big room for non-complying products to get into the market place and be sold. Unfortunately, our proposal to work three shifts and weekends to enforce standards requires funding for additional staff and logistical support which has not materialized to date."

In terms of budget, Manyindo said the institution is grossly under-funded with only sh30b out of the required sh123b.

"The appropriate level of consumer protection for enforcement of standards is $1 per person which means UNBS needs about $36m. For us to address the public expectations, we need the budget reviewed and revised upwards. If the budget is not protected, it will worsen the situation," he warned.

However he said to resolve issues of substandard goods in the market, UNBS plans to increase the number of staff by 100 officers to support standards enforcement. However this requires sh5b, which is not in the budget.

Other measures include construction of reference food safety laboratories, increased public awareness and increased support to other field activities.  These require a budget of sh23b which is also not provided in the budget.