Home
NEWS
MEDIA
Supplements
Tenders
Notices
Bob Byabarema trounced others in a photo challenge by the ResilientAfrica Network (RAN), where 105 entries were scrutinized by a group of independent judges.

Bob Byabarema trounced others in a photo challenge by the ResilientAfrica Network (RAN), where 105 entries were scrutinized by a group of independent judges.

Bob Byabarema trounced others in a photo challenge by the ResilientAfrica Network (RAN), where 105 entries were scrutinized by a group of independent judges.

It was the second time the RAN lab at Makerere University School of Public Health was hosting the innovation challenge.

"The photos and videos had to show a community problem at the same time a solution," Israel Muwanguzi, an assistant multimedia developer at the lab, said.

"We had four judges. All of these received coded photos and videos, without entrants' names, to avoid influence. We needed photos that communicate community challenges or solutions," said the assistant multimedia developer. 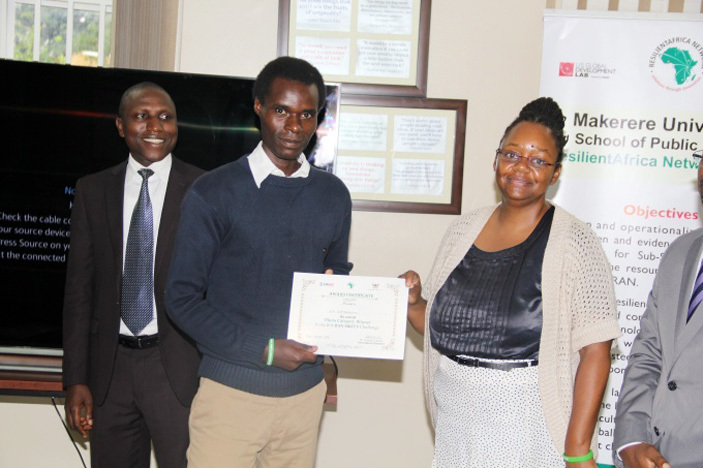 Independent video maker Peter Kalule won the video category after his film detailing lack of water for irrigation in Uganda was voted best by judges.

"It won primarily because of its focus on a problem that affects many in our community and an extra clip illuminating a solution," Muwanguzi said.

Kalule's video, on top of highlighting the problem (lack of irrigation), also had an addendum of a farmer using a small pump that is bicycle-powered to irrigate his garden.

The category winners took with them $300 each.

At the awarding function that followed, Makerere University School of Public Health Dean and RAN Chief of Party Prof William Bazeyo, said: "The purpose of the Challenge was to create awareness and encourage more people to document not only their innovations but also day to-day happenings using short informative videos and photos."

At the start of the function, RAN director of Innovation Dr. Dorothy Okello shared an overview of the labs objectives, highlighting the need for participating in the MKITS Challenge. 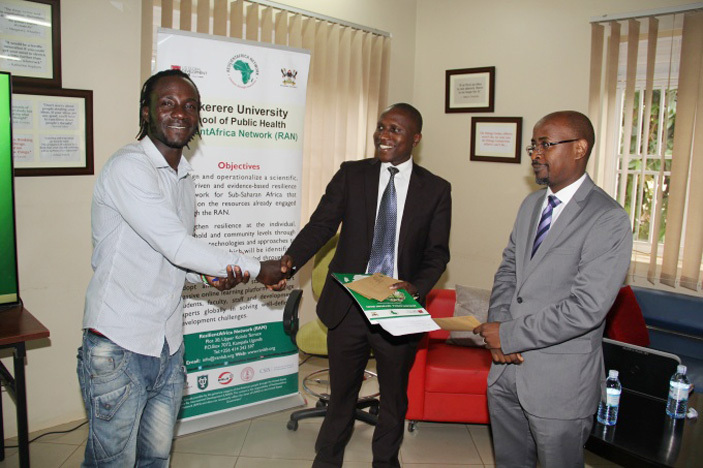 She said one of RAN'S objectives was to adopt and launch a state-of-the-art massive online learning platform to engage students, faculty, staff and development experts globally in solving well-defined development challenges.

Guest of honor Paul Kavuma Nkwanga, who is the Executive Director at Wizarts Media, quoted the Amazon founder Jeff Bezos' words: "There is so much stuff that has yet to be invented. There are many new things going to happen although people do not have an idea yet."