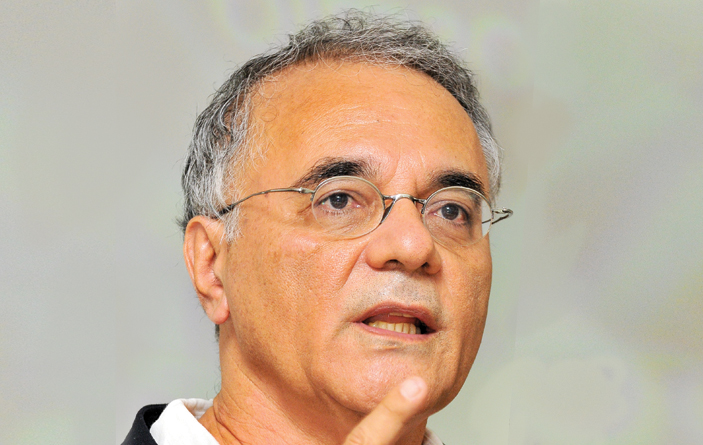 The combination of a faulty policy framework and bad leadership has driven us into a series of crises
TOP Opinion STORY
Wed Nov 16 2016 .
The Makerere Crisis: Time for a radical rethink

Makerere University has closed again. The decision has come from the President of Uganda with no indication as to when the university will reopen.

This is an opportunity to take a comprehensive look at the recurrent problem that has been Makerere. This means going beyond pointing fingers at individuals to making an overall evaluation of the problem.

The Makerere problem has grown acute over the past three NRM decades. Its dimensions are both structural, arising from the long term policy framework, and short term, stemming from bad leadership.

The policy framework, which was set in place towards the end of the 1980s by the World Bank, is based on three assumptions.

One, that the colonial education system had been elitist, and was kept going through constant state subsidies.

Two, that higher education is a business, and just as with any business, the consumer (the student's family) must pay the price of the product.

Three, the way to do this is to open the gates of the university to fee-paying students, so that additional revenue from fees can alleviate the financial burden on government.

Three decades of experience show that only the first assumption was right. The other two have made for the disaster we face today.

The Bank did a simple exercise: it divided annual investment in different levels of education - primary, secondary and tertiary - by the number of students admitted, and arrived at cost per graduate for each level.

According to work done by Professor Kasozi at MISR, government contribution to Makerere's budget declined from 100% in 1993/94 to only 41% in 2005.

The World Bank took hold of the policy-making apparatus at Makerere in the late 1980s and put into place a reform program over the next 15 years. I spent two years assessing the results of that reform, and wrote a book titled Scholars in the Marketplace (2007). Here are some key findings.

The Bank called for an increased intake of fee-paying students in all faculties. The number of students admitted to Makerere exploded, from 2,186 in 1992/93 to 10,666 in 2003/04. The expansion of numbers was the greatest in the Faculty of Arts and then the Social Sciences.

My first finding was that the research culture survived where student growth was moderate, which was in the Sciences but was practically destroyed in the units where the private intake was the greatest. As the Humanities and Social sciences turned into teaching factories and consultancy units, they ceased to be sites for research.

My second finding was that leadership made a difference, explaining significant differences between faculties at Makerere. Whereas the then Vice Chancellor and Dean of Arts were faithful disciples of the World Bank, the Dean of the Faculty of Sciences, insisted that science education could not proceed without laboratory space which was limited.

As the Arts and the Social Sciences admitted more private students, classes ballooned in size, and more and more were held at the same time, leading to student demands that lecturers hand out typed notes. Overall, standards declined.

My third finding was that research institutions in the social sciences, such as MISR, had degenerated into consultancy units. In a consultancy, the client formulates the question; in research, that prerogative belongs to the researcher.

Research is all about getting the question right. Like in medicine, the real challenge is diagnosis. If the diagnosis is right, prescription follows.

The problem was made worse in the short run by bad leadership. The latest example of that leadership was the authorities' response to the 2013 strike in which the staff asked for a doubling of salaries.

The university authorities agreed to a supplement - called ‘incentive' - which was to be 70% of salary. Why call it ‘incentive' and not an increase in salary? Because everyone was aware from the outset that this increase was not likely to be sustainable, even in the short run.

The university paid for the ‘incentive' in part by slashing budgets of units: in only two years, the MISR budget was slashed by three-quarters! I doubt MISR was an exception. In other words, the university increased payment to individual staff but cut funding that would allow this same staff the means (paper, books, services, workshops, etc.) to function adequately.

The combination of a faulty policy framework and bad leadership has driven us into a series of crises, each worse than the previous one. If we respond to the crisis merely by calling for a change of leadership but without a review of the policy matrix, we will have failed.

The basic challenge lies in our conception of the university. A university is less like a business enterprise, more like an infrastructure, say a road, or a power station. You do not measure the returns on a power station by dividing the investment with the numbers employed at the station.

Or the returns on a road or a bridge by dividing the investment with numbers employed, not even with the traffic on it.

That the university is not just an economic unit means that its returns are not just economic, quantitative, measurable - they are also social, qualitative, not always available for measurement.

It is not just commodities, goods and services that move on roads or across bridges. Ideas travel, horizons broaden, previously isolated regions are integrated, established views are challenged - notions of community and the world change. The biggest returns are in the realm of ideas.

The present crisis presents us an opportunity to rethink not just Makerere but the higher education system as a whole. This should lead us to question key assumptions in the existing model.

Second, fees cannot be increased limitlessly to cover this deficit. Unless we are to return to the same old elitist system, we need to set fees with two considerations in mind: the cost of education, AND the capacity of parents to pay these fees.

If not for reasons of equity, then for political reasons, the NRM government will not be able to lift the ceiling on fees.

Three, the way forward lies not in increasing but decreasing the student intake at Makerere in the context of rethinking Makerer's role in the higher education system as a whole.

A Redefined Role for Makerere

Makerere is no longer the sole university in the country. It is part of a university system. The challenge is to re-think the higher education system as an integrated whole.

Let us learn from the experience of the World Bank which had lost sight of the big picture and looked at primary, secondary and higher education as if each were an isolated island.

In the process, it lost sight of the relations between different levels of education, and forgot to ask questions like: Who will train teachers? Who will produce the curriculum, one that will respond to the needs of society, the demand for citizenship, the need to think of a future in a rapidly changing world?

The rapid growth in the number of universities in Uganda has created an acute scarcity of qualified lecturers. This is part of a larger scarcity of qualified staff with research skills, whether in government or business or the non-profit sector. Only Makerere has the experience and the capacity to carry out the necessary high level training.

This change can be achieved gradually over the next three years by simply reducing the undergraduate intake each successive year. The result will be to redesign Makerere as a research university where post-graduates form a majority of the student body.

Scarce resources need to be invested in improving the quality of research and of our graduates, knowing fully well that graduates with MA and doctoral qualifications are greatly needed in the country.

Writer is the Director, Makerere Institute of Social Research