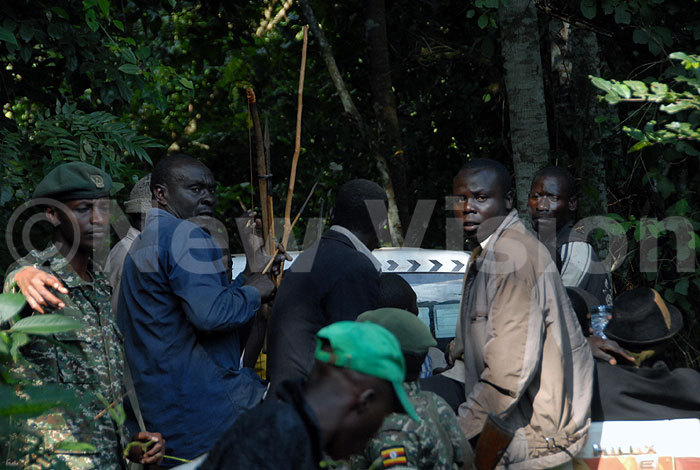 The top forestry body in the country has been locked up in a conflict with Bunyoro Kingdom.
TOP Environment STORY
Wed Aug 31 2016 .
NFA seeks injunction to block Bugoma forest demolition

The top forestry body in the country has been locked up in a conflict with Bunyoro Kingdom.

PIC: The workers who were returning back after the day's work were armed with machetes, pangas, arrows and hoes as they threatened to harm the journalists who were taking photos of them. (Credit: Robert Atuhairwe)

This, according to Martin Mwodi, NFA's range Manager of Budongo which also covers Bugoma is part of a multi-pronged approach that NFA has taken to block the demolition of trees in Bugoma.

The top forestry body in the country has been locked up in a conflict with Bunyoro Kingdom who claim that the 8,000 hectare is not part of the 41,144 hectare Bugoma forest. They say the 8,000 hectares house graves and caves and describe that part of Bugoma as a cultural asset but this is being cleared to pave way for sugarcane growing.

On August 1, Bunyoro Kingdom secure a land title from Government and leased the land to Hoima Sugar Limited on August 4th for 99 years. Two weeks ago, a group of people referred to as loyalists to Bunyoro Kingdom stormed Bugoma and started demarcating the boundaries of the 8,000 hectares of the land.

Among other actions, Michael Mugisa, NFA executive director has written in a letter dated August 23rd to the registrar of Land Titles in the Ministry of Lands to cancel the land title granted to Bunyoro Kingdom.

By Monday, Robert Busiku, a forest supervisor, Kyangwali beat of Bugoma central forest revealed that Bunyoro kingdom loyalists had cleared a boundary covering five kms with a width of 10 meters and they had left a trail of destruction including felling of indigenous trees. 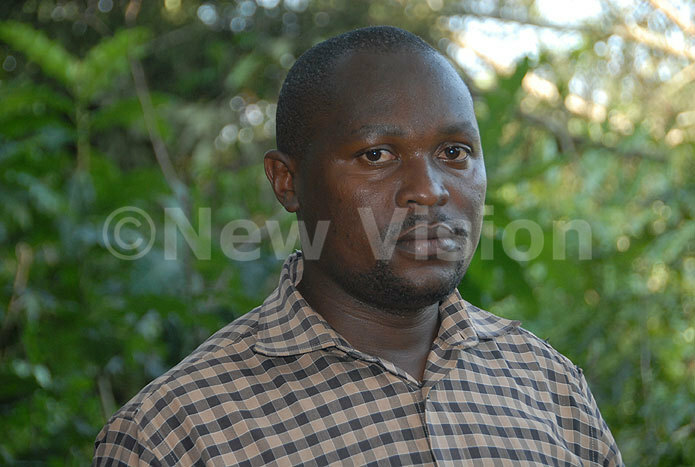 The cleared area is at Nsozi in Muhangaizima block MU7, MU8 and MU10 Kyangwali sub-county, Hoima district. It is part of plot 216 Buhaguzi bock 2 at Kyangwali.

Busiku said the surveyor-Surveyconsult, is illegally moving along to identify the boundary line and interpreting the land title for the workers.

Last week, NFA with the help of the Environmental Protection Police rushed to the area to halt all activities on that forest.

However, security was withdrawn and the king's UPDF guards led the loyalists claiming they were opening a boundary line for part of the land belonging to Bunyoro Kingdom.

Meanwhile, journalists on Sunday survived being lynched by workers clearing trees in the said land. The seven Journalists had gone to cover the illegal clearing of that natural forest.

They were saved by the presence of Godfrey Mwesigwa, head of UPDF Kisindi sector who was also on a fact finding mission.

The workers who were returning after the day's work were armed with machetes, pangas, arrows and hoes, as they threatened to harm the journalists who were taking photos.

The workers who were seen in company of Hoima sugar factory vowed to smash the journalists' cameras. "They know they are doing illegalities and that is why they are moving with arrows to harm whoever tries to interfere," Busiku added.