Home
NEWS
MEDIA
Supplements
Tenders
Notices
When the factory starts to run, and these spare parts start being produced and distributed all over Africa as projected

When the factory starts to run, and these spare parts start being produced and distributed all over Africa as projected

Chinese company, Sinotruck International recently partnered with Ugandan company, Paroma Enterprises in an agreement that will create 1000 jobs for the youths in Uganda.

The partnership of the two companies, according to Francis Bukenya, the C.E.O of Paroma Enterprises is set to orchestrate the building of a factory that will manufacture spare parts for heavy duty trucks.

"When the factory starts to run, and these spare parts start being produced and distributed all over Africa as projected, jobs will be created for the Ugandans. But more importantly the fact that we will be manufacturing the spare parts and assembling them will serve to imply that we will actually be manufacturing cars in Uganda. This is a great opportunity for Ugandans," relayed Bukenya.

Sinotruck, a Chinese transportation channel that has extended its works in different parts of Africa has embarked on widening the market for their products.

"We are aiming at helping Uganda get access to products that they don't produce like the heavy duty trucks and motor spare parts as a way of widening our market base" explained Mrs Lily Lee, the General Manager of Sinotruck. 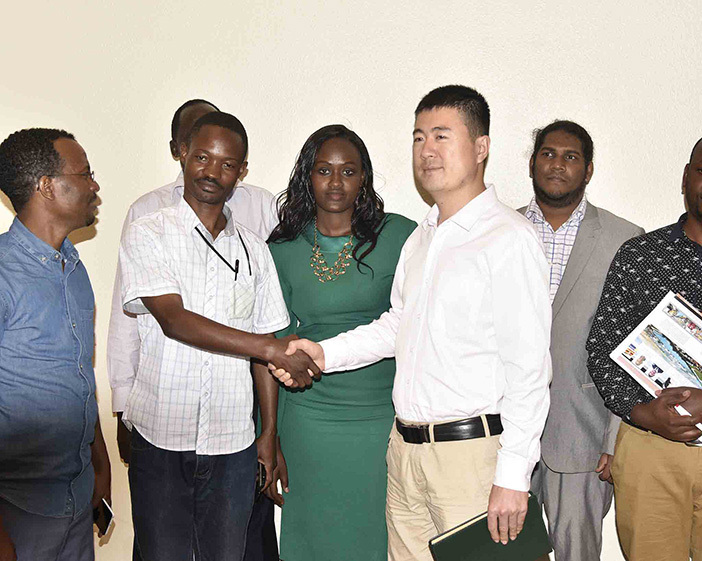 Paroma enterprises, a company in Uganda that is key at training entrepreneur skills, importing and exporting industrial Chemicals, Equipment, tools and Machinery for sell within and outside East Africa, jumped onto the opportunity after they realized it's very much aligned with their agenda of improving industrialization, creating jobs and contributing heavily to Uganda's GDP through the revenue the factory will bring.

Bukenya said that Paroma as a brand that has been in existence since 1954, Sinotruck is well situated to provide the best quality cars.

"Sinotruk, given its existence has an edge over its competitors as its trucks are recognized all over the world. The trucks are of the best quality as the manufacturers use elevated levels of expertise during every level of production. Ugandans therefore don't have to be afraid of the quality," Bukenya added.

According to Anita Tumusiime the General Manger of Paroma Enterprises, Sinotruck is to help lower the prices of motor spare parts and offer expertise to interested Ugandans.

"We are looking at establishing a spare parts factory in Uganda to extend the knowledge and expertise in terms of technology to all the University engineering sections in Uganda. But most importantly, to bring these cars closer to Uganda and Africa at large. The cars will be sold at the same price at which people buy them when they travel to China, except without the taxes" she asserted.

Sinotruck is to work as an international means of transport for heavy and fragile products across all East African countries. The company has its operations worldwide.

"We have occupied Russia, Middle East, West Asia, Southeastern Asia, Latin America and some African countries. The company is operating in South Sudan that's why we thought extending to Uganda as a neighboring country would boost transportation," related Xu.