Home
NEWS
MEDIA
Supplements
Tenders
Notices
The deal is one among the several bilateral cooperation programmes — including trade, education and health — where two countries have ties.

PIC:The Indian High Commissioner, Dr. Ramesh Chandra talks to the Chief of Personnel and administration in the UPDF Brigadier Joseph Musanyufu (second left) and the Joint Chief of Staff, Major Gen. Wilson Mbadi. This was at a dinner to mark the Indian Day at the Commissioner's residence in Kololo, August 15, 2016. Photos/ Eddie Ssejjoba
The government of Uganda and that of India are negotiating a deal that will see India government support Uganda's mountain warfare programme, as the two countries move to solidify bilateral cooperation.

"ADF is still a force. We need the support of our partners because it (military warfare training) is very expensive. Equipment used in Ruwenzori is not the same as that used in Karamoja. We need to upgrade our equipment and skills of personnel," deputy government spokesperson Col. Shaban Bantariza said.

President Yoweri Museveni in June said while witnessing a training session of UPDF in Kasese district that Uganda was set to establish a specialized mountain warfare force to secure all Uganda's mountains.

Mountain warfare refers to warfare in the mountains or in similar rough terrain. Also called Alpine warfare, after the Alps Mountains, mountain warfare is one of the most dangerous types of combat as it involves surviving not only combat with the enemy but also the extreme weather and dangerous terrain. 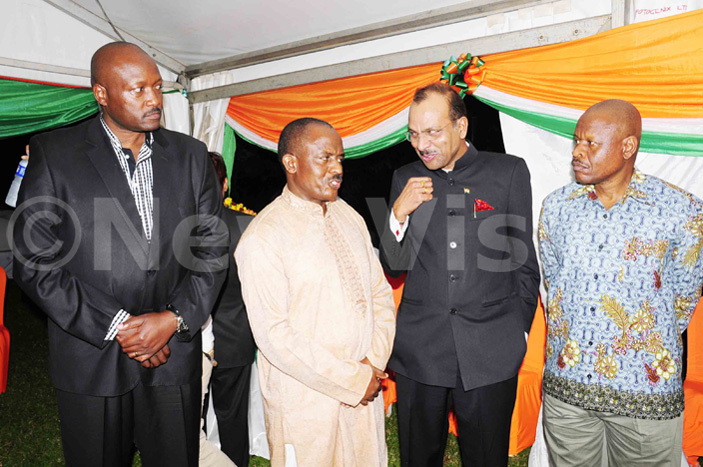 Dr. Ramesh Chandra, the India ambassador to Uganda, revealed that Uganda made the request for assistance recently.

He said:  "We are strengthening cooperation in a number of areas, including security. A request was made to support UPDF in mountain warfare training. Uganda and India are dear friends, and I am reasonably hopeful a positive response from my government," Chandra told Saturday Vision.

Saturday Vision was unable to get a comment from UPDF spokesperson Paddy Ankunda about the matter. However, deputy government spokesperson, Joint chief of staff Wilson Mbadi confirmed the two countries were working together in that area.

Mbadi could not reveal the details of the deal but told Saturday Vision that Uganda and India have been working together and some members of UPDF and Police have been beneficiaries of support.

He said a number of UPDF officers including himself are among many who have benefited from military scholarship from India.

While the US is still far and away as the world's top military superpower, Russia and China are India closest rivals in terms of military strength. According to an online source, India is ranked fourth out of 128 countries on the global fire index that rates countries weapon diversity and technological advancement.

Mbadi thanked Indian government for support and said the support UPDF has improved the skills in a numbers of areas.

"We appreciate their support especially in the area of human resource enhancement," said Mbadi.

Chandra said compared with trainees from countries that have studied in India, Ugandan have showed the most commitment in training while in India.

"Performance reports of those who have trained there have been outstanding reports," he said.

According an Indian online publication, Ugandan officers are getting training at top-class facilities in India, including the National Defence College of India.

The website says an Indian military training team was posted at the Ugandan Army's Senior Command and Staff College, Kimaka, Jinja district since February 2010 to assist in the training of the senior officers of UPDF.