According to the Cotton Development Organisation, Cotton is Uganda’s third largest export crop after coffee and tea.

President  Yoweri Museveni has handed over the responsibility of large scale cotton growing to Uganda prisons in a move expected to boost cotton production in the country. Owning 60,000 acres of arable land and a considerable experience in large scale farming, Uganda prisons is thought to be best suited to cultivate the crop, that had increasingly become unprofitable for small-scale farmers.

According to the Cotton Development Organisation, Cotton is Uganda's third largest export crop after coffee and tea. 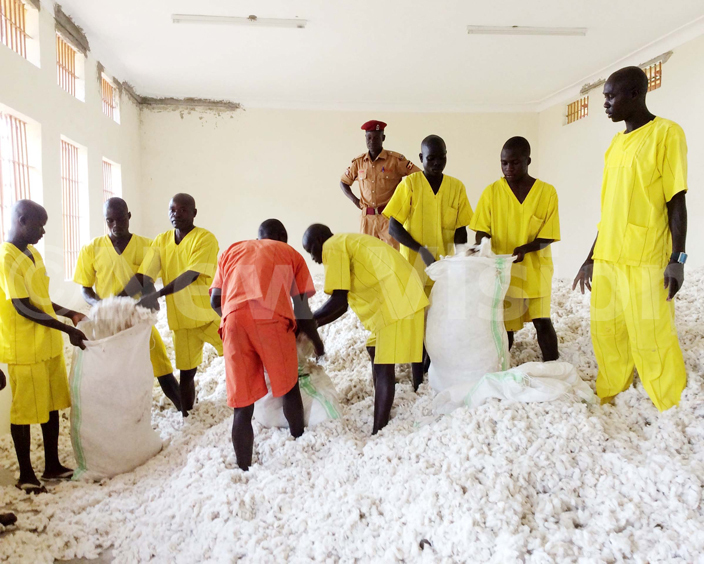 A case for cotton

In the April 2 letter to the Prime Minister, the President highlighted cotton as one of those strategically important industries for which the government had attracted investors and, therefore, need support to get the necessary raw materials for production.

"Uganda grows good quality cotton - the long staple of 33mm in length… this is without irrigation… with irrigation our cotton can grow to 36 mm. This makes very good textiles," the president said in a letter copied to the Vice-President, finance, agriculture, defence and internal affairs ministers. He said cotton was important not only for the textile industry and export, but also for several other products such as cooking oil, animal feeds and other by-products.  So far, shs 9.83b has been set aside for this exercise.

Following this directive, Uganda prisons is to dedicate 44,000 out of the 60,000 acres of its arable land to cotton growing.  In the campaign that targets to produce 0.1 million bales of cotton annually, Uganda prisons will partner with the Cotton Development Organisation (CDO) the national body mandated to regulate cotton production, processing, and marketing - to grow and produce quality cotton.

Plans are already in high gear for Uganda prisons to implement the presidential directive. "We have already started growing. Our target is to cover 2,500 acres spread over 28 stations in the country, says Johnson Byabashaija, the commissioner general of Uganda prisons,  adding that they expect to produce 5,760 bales of cotton this year. If all goes well, he said, Uganda should have 39,200 acres of cotton by 2021.

Byabashaija said the first harvest is expected in the November-February season.

If handled well, this campaign will boost the cotton industry. It will also importantly give Uganda prisons an opportunity to boost inmates' incomes and dispel the misconception that prisoners are overworked and not paid for their labour. 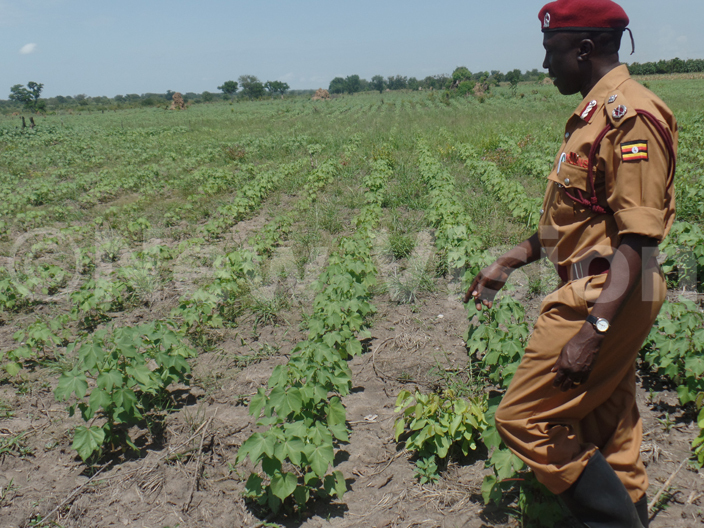 On their part, the CDO have embraced the opportunity to continue working with their long-term partners in boosting the cotton industry. "Considering that cotton is a labour intensive, seasonal crop, they will continue to be resourceful partners, Jolly Sabune, the CDO Managing Director said.

She added that CDO will continue to provide quality seeds, farm inputs such as pesticides, fertilisers and herbicides as well as training on cotton agronomy to Uganda prisons. "We shall also train trainers within the Uganda prisons who will eventually take over the training of inmates and prison warders."