Representatives of the CSO's have filed a constitutional petition.

KAMPALA - A network of civil society organisations has dragged the Attorney General to the Constitutional Court, querying the packaging of the HIV and AIDS Prevention and Control Act, 2015.

Representatives of the CSOs filed a constitutional petition on Thursday, lamenting that the law is undermining efforts to fight the scourge.

"I believe the law will have the overall effect of undermining public health objectives of HIV prevention and control," the petition reads in part. 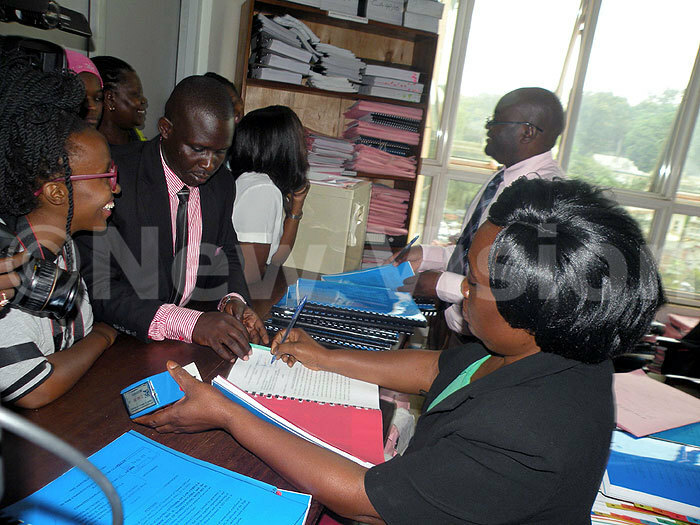 Peruth Kabagenyi, the clerk of the Constitutional Court, signs on the petition as the lawyer of the petitioner Albert Collins Kyeyune and others looks on. (Credit: Ramadhan Abbey) 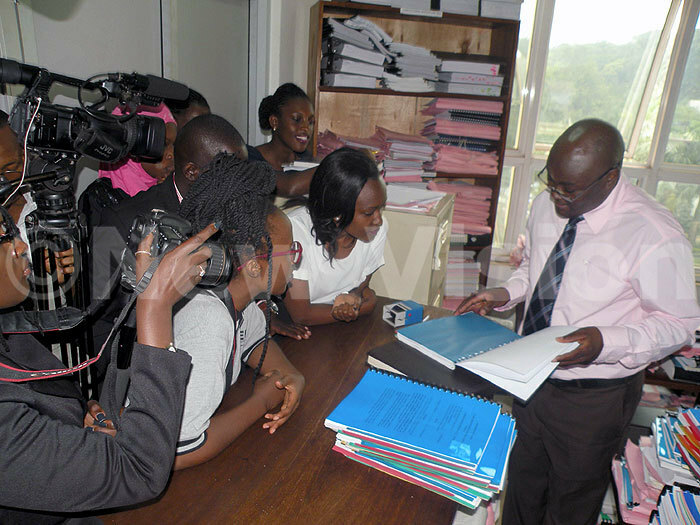 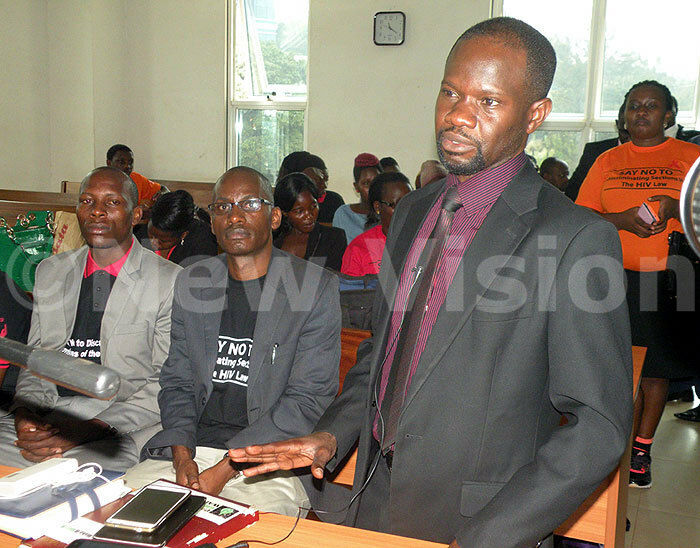 Paul Mukiibi, a lawyer of the petitioner, addressed the media after presenting their petition. (Credit: Ramadhan Abbey)

The petitioners are Uganda Network on Law, Ethics and HIV/AIDS (UGANET), Makerere law don Prof Ben Twinomugisha, and the International Community of Women Living with HIV in Eastern Africa (ICWEA).

Government's chief legal representative and advisor the Attorney General is listed as the respondent.

Parliament passed the bill on May 13, 2014. President Yoweri Museveni assented to the bill in August of the same year.