Home
NEWS
MEDIA
Supplements
Tenders
Notices
They are not using the national backbone infrastructure that government has laid in some parts of the country because its quality is in question.

They are not using the national backbone infrastructure that government has laid in some parts of the country because its quality is in question.

Ugandans want government and telecommunication companies to develop measures to bring down the cost of internet services to support innovations in ICT and other internet-powered projects in various fields of the economy.

It has emerged that some telecommunication companies, the leading internet service providers in the country, are using their independent internet infrastructure and while others pay private internet firms to deliver it to Ugandans.

They are not using the national backbone infrastructure that government has laid in some parts of the country because its quality is in question.

Over 70 ministries and agencies are so far hooked to the infrastructure that government intends to extend to various parts of the country.

During a dialogue with stakeholders in media, ICT, telecommunications and consumers at Sheraton hotel in Kampala on Thursday, Ugandans complained that the internet charges by telecommunication companies are prohibitive. 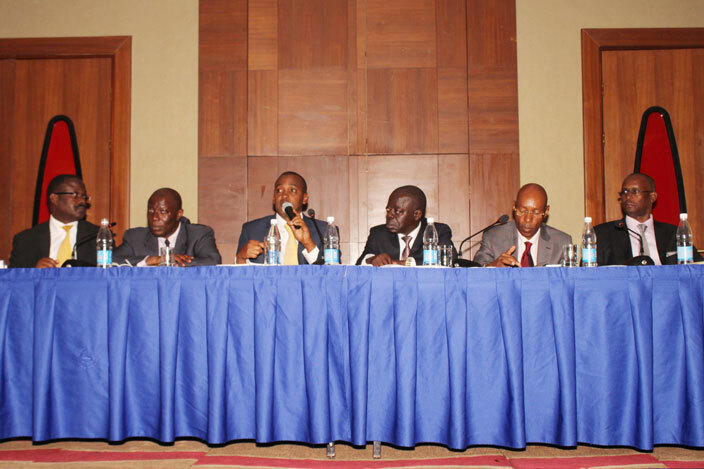 They said the internet in Uganda is almost more than double the amount charged in Kenya. The high internet cost also affects mobile phone users. 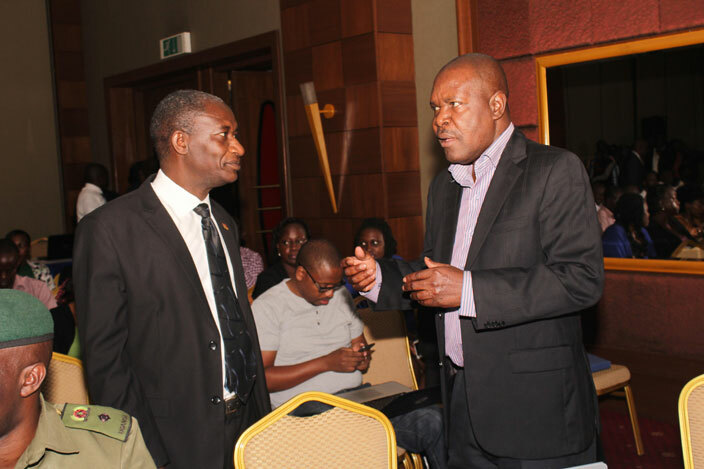 Information from finance ministry shows that ICT accounted for 2.5% of Gross Domestic Product in 2015.

The ministry says the sector which currently employs 1.3 million Ugandans contributed sh484.4b in tax revenue in 2015.

During the dialogue, the ICT association of Uganda chairman James Makumbi said the cost of internet provided by telecom companies is a serious hindrance to innovations in ICT.

"The cost is very prohibitive. The telecom companies are charging us highly for hosting our ideas and projects on their platforms," he added. 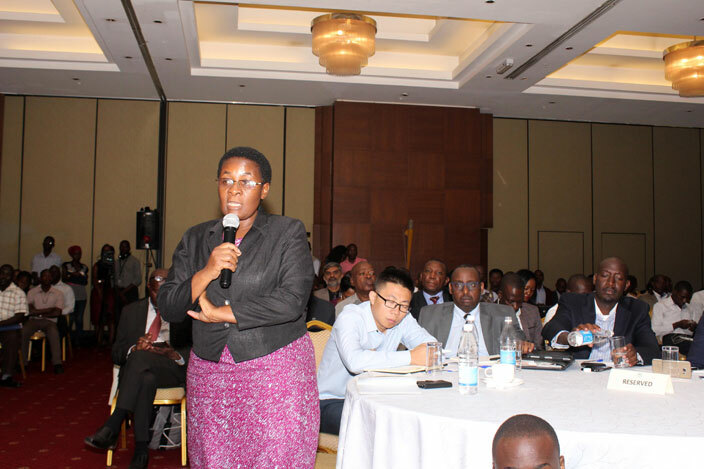 Amatole Kirijwajjo wondered if the telecom companies cannot provide free internet at weekends. "Internet is very expensive. Ugandans cannot use some of the apps we have developed because they cannot even download them due to high internet cost," he added.

However, officials from the leading telecom companies (MTN and Airtel) attributed the high charges on internet services to the high cost of delivering it from the undersea cables (high density cables) from Kenya.

During the dialogue, Tumwebaze wondered why the telecom companies are not using the government's infrastructure to deliver internet at a cheaper cost.

"I am wondering why the government should provide the infrastructure and then telecom companies opt to use their own which is expensive," he stated. Tumwebaze promised to take up the issue with the telecom firms.

However, Michael Niyitegeka, an ICT specialist and a board member of ICT association of Uganda said the government's national backbone infrastructure was installed with low density cables (cannot deliver high capacity internet) and that the telecom companies were compelled to hook their systems to the undersea high density cables in Kenya to provide high speed internet. 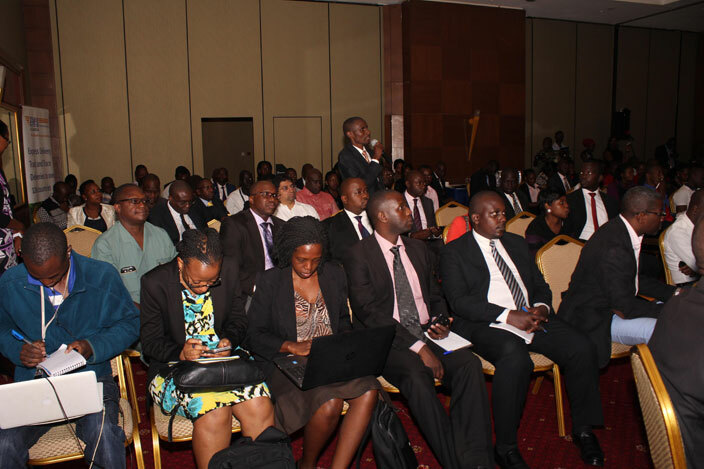 "How many districts are connected to the national backbone infrastructure? It is really for internal communications within government. It is cheaper for government to communicate because they do not have to go through other servers like that of google," he explained.

The number of Ugandan internet users, Niyitegeka explained is still low if compared with the figures in Kenya and that telecom companies have to charge a relatively high cost to recoup money invested in the infrastructure.

He attributed the high number of internet users in Kenya to the absence of tax on importation of smart phones and other ICT equipment.

"When you remove the tax you encourage many people to acquire smart phones. If the number of internet users goes up then the internet service providers charge less. It doesn't make sense to have a smart phone when internet is expensive," he added.

In an effort to address President Yoweri Museveni's concerns over the low visibility of government activities among the population, Tumwebaze announced that ministries will start holding monthly dialogues with the press to promote publicity of the government's programmes. 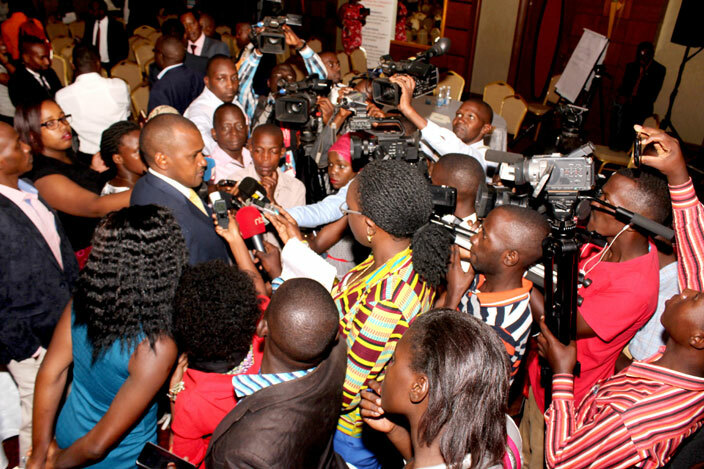 Museveni, who merged the ministries of information and national guidance and ICT in the recent cabinet appointments, directed ministries and key government agencies to recruit competent personnel to communicate their respective activities to the population.

He stated that the monthly dialogues will start in three months' time. The minister also promised to convene a special dialogue with players in the television industry to iron out pressing issues in the digital migration that was commenced last year.

Robert Kabushenga, the Vision Group boss, suggested that the minister call a special dialogue for players in the television industry to discuss issues concerning them including outstanding issues regarding digital migration. The minister welcomed the suggestion and promised to schedule the meeting. 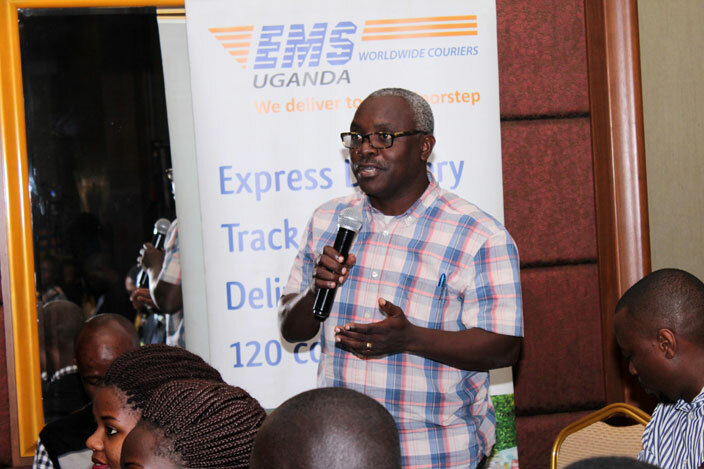 The UCC boss, Eng. Godfrey Mutabazi, had earlier said the digital migration had reached a point of no return and that service providers and consumers have to come to terms with the fact that technology has advanced.