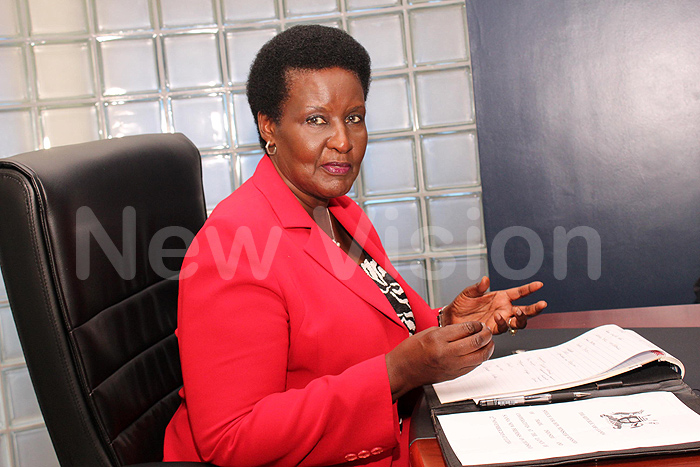 "Cooperatives have faced some challenges from way back in the 1980s due to the political and economic instability."
TOP National STORY
Sat Jul 02 2016 .
Gov't reiterates support for cooperatives

"Cooperatives have faced some challenges from way back in the 1980s due to the political and economic instability."

Uganda is celebrating the 94th International Cooperative Day in Nakaseke district Saturday (today). Samuel Sanya spoke to the trade minister, Amelia Kyambadde about the state of cooperatives in Uganda as well as why the cooperatives day is important.

Below are excerpts of what she said . . .

Q.  A lot has been said about the decline of cooperatives in Uganda; how factual is this statement?

Cooperatives have faced some challenges from way back in the 1980s due to the political and economic instability. During that period, they were managed by unskilled managers who took over from Indians.It should also be noted that in the past cooperatives were only engaged in agriculture without any diversification, but now they are engaged in a number of activities.The liberalization of the economy also affected many cooperatives which could not cope with the new system. There was also an old law of the 1980s - but now there's a new law which Government is even amending.

Q. Which are the key challenges facing cooperatives at the moment?

The coverage for cooperatives in terms of service delivery is quite low. Few are always reached compared to the total number of cooperatives registered. This is due to budgetary constraints at the department level.

Others challenges affecting cooperative development include:

Q. What is government's strategy to revive cooperatives?

Policy and Legal reforms: The Cooperative Societies Amendment Bill was passed by Cabinet in 2015 and gazetted for tabling before Parliament. The Bill addresses the diversification of Cooperatives by improving the safety and soundness of Savings and Credit Cooperatives (SACCOS), enhancing cooperative identity and solidarity, promoting member empowerment and improving governance within cooperatives for sustainability of cooperative enterprises.

A verification committee has been set up to verify outstanding claims so that the claims are paid. In addition, sh5b has been secured in the 2016/17 budget to bailout Masaba Cooperative Union. The government will continue extending such support in as much as the resource envelope can allow.

Conflict resolution and arbitration: The Ministry has successfully resolved disputes in a number of cooperative societies.

Value addition: Government through UDC and in collaboration with the Teso Tropical Fruit Cooperative Union Ltd is constructing a fruit processing factory in Soroti. The fruit farmers in the catchment area of the union have organized themselves into 57 primary cooperatives.

The Ministry through the ‘One Village One Product' Project has supported 25 cooperative societies with value addition equipment. These cooperatives are now adding value to fruits, honey, maize and simsim to mention but a few. Some of the beneficiaries  include:

Q. Why is the international cooperatives day important?

The purpose of International Day of Cooperatives is to increase awareness on cooperatives and promote the movement's successes and ideals of international solidarity, economic efficiency, equality and world peace.

Q. What activities were carried out in this cooperative week?

The Cooperatives Week features a number of events which were planned with the 7 Co-operative Principles in mind as they relate to Uganda and will take part across the Country.

The week started on Friday 24th June where we joined our Muslim brothers and sisters in National prayers for the revival of the cooperative movement and in celebration of the power of cooperation. Prayers also took place in other places of worship on Saturday 25th and Sunday 26th June.

Monday 27th June was the Annual Cooperatives Blood Donation Drive. This is in support of the 7th International Cooperatives principle - "Concern for Community". In conjunction with the Uganda Transfusion service, my Ministry, our partners and the larger cooperative fraternity worked with regional cooperative networks, operation wealth creation officers and the community at large to donate blood at the 7 Regional Blood Banks.

Tuesday 28th June - Delivering a Cooperatives 5-year Agenda Petition to the 10th Parliament. Cooperators will petition the Speaker of Parliament on a number of issues that are hampering Ugandans from maximizing the full potential of the cooperative movement.

Wednesday 29th June -The I.K. Musaazi Memorial lecture took place at Makerere University Main Hall. The Lecture was under the theme: "Tracing the cooperative steps towards the struggle for Economic development". The lecture was free and open to the public.

Saturday 2nd July - International Cooperatives Day celebrations and H.E the President of the Republic of Uganda is expected to be the Guest of Honor.


Q. Why should Ugandans attend the celebrations in Nakaseke?

The President who is the Guest of honour will lay a foundation stone for the construction of a modern animal holding facility and slaughter house. Theabattoir is constructed by Uganda Meat Producers Cooperative Union with support from development partners.

There will be recognition of selected cooperators who have contributed greatly to the cooperative movement in Uganda. These will be given awards/medals by the president.

The celebrations started with an exhibition on Friday 1, July. Cooperative societies are exhibiting what they are doing. The exhibition will go on until Saturday.