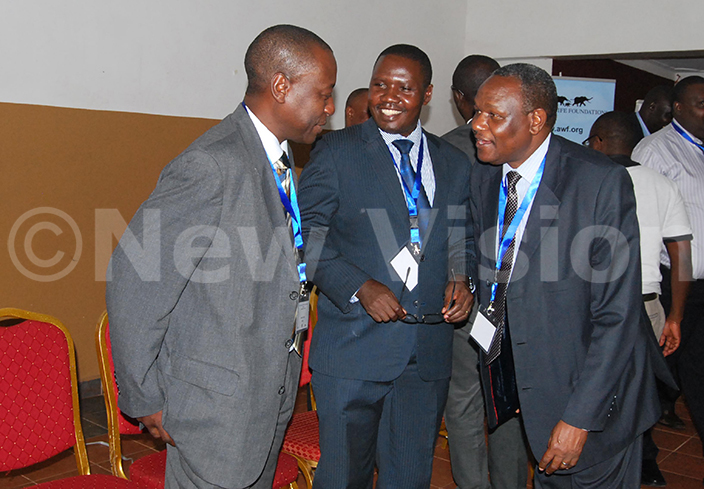 Speaking at a two-day judges and magistrates workshop yesterday at Silver springs hotel, Muruth noted that if stringent actions are not taken by African states, in the next few decades Africa will completely lose various species that are vital to their tourism sector.
TOP Environment STORY
Wed Jun 15 2016 .
Wildlife crime a threat to national, Africa tourism

Speaking at a two-day judges and magistrates workshop yesterday at Silver springs hotel, Muruth noted that if stringent actions are not taken by African states, in the next few decades Africa will completely lose various species that are vital to their tourism sector.

If not expansively tackled, wildlife crime is set antagonize the tourism sector in the country and across the continent according to Philip Muruth, the vice chairman for species conservation at African Wildlife Foundation (AWF).

Speaking at a two-day judges and magistrates workshop yesterday  at Silver springs hotel, Muruth noted that if stringent actions are not taken by African states, in the next few decades Africa will completely lose various species that are vital to their tourism sector.

Muruth stressed that the workshop aimed at enhancing and sensitizing the law enforcement fraternity that included judges, magistrates, prosecutors, investigators, the Uganda Revenue Authority (URA), Uganda Wildlife Authority (UWA) and the police about the gravity of wildlife crime to the economy.

"A country like Uganda that is investing in billions of money to promote tourism should at the same time ensure that what is being promoted is safeguarded because without protecting it jealously, you are not going to get any tourist coming here and this is going to affect the economy because Uganda earns a lot from tourism," Muruth explained.

According to James Isiche, the regional director (East Africa) of the International Fund for Animal Wildlife (IFAW) Africa as a continent loses over 35,000 elephants and over 1,000 Rhinos to wildlife crime per year putting tourism sector at a risk of dwindling.

"The reason why we came up with this training is to sensitize the law enforcers that all is not well as far as wildlife is concerned and to lobby them revise the laws pertaining poachers to ensure they face the maximum sentences because nations to grow depends on their natural resources and anyone messing around with them should not be taken lightly," Isiche asserted.

Isiche noted that it is being irresponsible to let resources that were jealously preserved by our forefathers slip away instead of protecting them in the best possible ways to ensure they are passed on to the next generations.

According to Uganda Tourism Board (UTB), Uganda earns averagely about $2bn (about Sh3.5tn) and recently it embarked on an aggressive marketing and publicity to ensure it hits about $5bn per annum by 2023 according to Stephen Asiimwe according to UTB's Executive Director.

"Tourism has been Uganda's biggest export for the past couple of years and still is and our masterplan is to ensure we double the number of tourists from an average of one million to over two million per year and this has to be achieved by safeguarding our wildlife," noted Stephen Asiimwe.

Muruth asked the Ugandan authorities to strengthen the laws to ensure the network is dealt with head-on in a bid to clean out the vice and safeguard the wildlife.

"It is certainly an organized network with people within the system because an ordinary person cannot transport a container of ivory from Uganda to for instance Kenya therefore the laws must be strengthened to ensure law enforcement agencies crush these networks which are a great threat to tourism not only in Uganda or region but around the continent; so Ugandan authorities must revise the laws to safeguard wildlife," Muruth stressed.

While as some African states have put in place stiffer measure to combat poaching and wildlife trafficking, in Uganda offenders face 12 months or a fine of Sh8m or both which Isiche notes that it is too soft given the gravity and impact it has on the sector over a period of time.

Isiche called on the African states law enforcement agencies to work together to bring this grave threat to an end if Africa's tourism sector is to grow to another level.

Asiimwe noted that most wildlife products especially the ivory ends up in China where a kilogram of ivory cost $3,000 (Over Sh10m).