The South Korean leader, Park Geun-hye has arrived in Uganda on a two-day state visit.

Park Geun-hye's jetted into the country on Saturday aboard a Korean jet.She is expected to leave Uganda on Monday and head to Kenya. 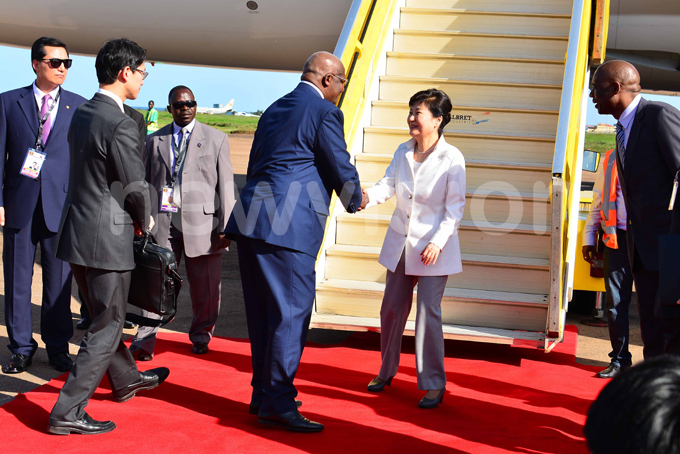 Security was tight at the Airport as the President landed. Uganda People's Defense Force (UPDF) helicopters were seen hovering in the skies around the airport at the same time.

Dozens of Korean security agents and their Ugandan counterparts were also very busy taking positions before and after the President's arrival. Security along Entebbe highway had also been enhanced with UPDF soldiers patrolling at every point.

This is the first time a Korean President is visiting Uganda since the two countries established diplomatic ties in 1963.

Park Geun-hye's is expected to meet with President Yoweri Museveni on Sunday at Statehouse Entebbe where the two leaders will hold bilateral talks on the economy.