In Muko Sub County in the Western district of Kabale, a group of farmers defied tradition and planted the once ignored bamboo trees on a commercial basis. Now, these villagers are happy.

One of such farmers is Marius Tumwesigye. For Tumwesigye, a head teacher of Bulindi Primary school in Kabale, paying school fees for his children and feeding his family was becoming harder every day. Like thousands of other farmers in his Sub County, his potato gardens faced poor crop yields due to harsh weather, low rainfall and poor soil nutrients.

Today, notwithstanding the continued poor crop yields due to the effects of climate change, Tumwesigye's family is happier compared to how it was three years ago before he took on bamboo farming. By selling his bamboo trees at the local market, Tumwesigye is able to earn extra cash to provide basic needs for his family.

Tumwesigye says he has thousands of bamboo trees ready for sale to, "Hotels and individuals who use them in construction and making crafts." A bamboo tree takes about two to three years to mature; and Tumwesigye sells such a tree at 5000 shillings. 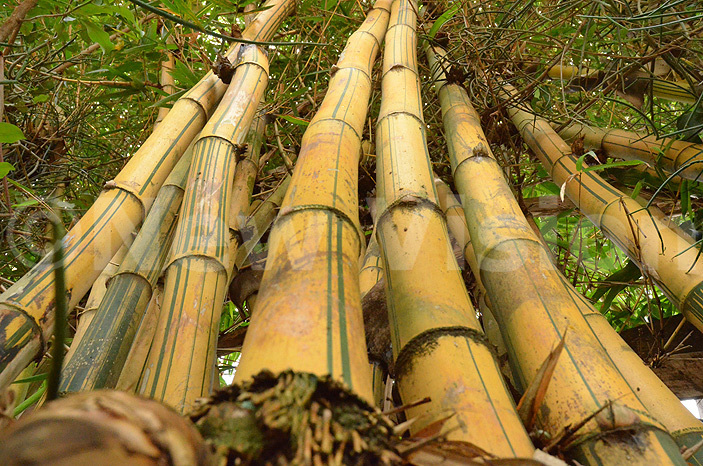 Bamboo is an ancient crop in China. However, the plant with a global trade of about $2 billion per year, spread to several countries across the world in the last two decades. South Africa is a case in point. In 2012, EcoPlanet Bamboo - a US based developer of commercial bamboo plantations,  used bamboo trees to restore 480 hectares of land depleted as a result of pineapple farming in Eastern Cape.

As a result of this partnership, Julius Turyamwijuka, the Bamboo project officer at Uganda Industrial Research Institute (UIRI), says the Chinese government will in July this year inject, "$6m into development of bamboo industry in Uganda." The funds will go to different agencies and institutions engaged in commercial bamboo farming, research and adding value to bamboo products. One of such beneficiaries is UIRI.

China has over 1000 bamboo species. Uganda has just four species: mountain; garden; yellow and green bamboos. But Turyamwijuka says they are trying to acquire Moso bamboo seedlings from China to bolster commercial bamboo farming in Uganda. Moso bamboo, the most valuable bamboo in Asia, has blue-green canes. 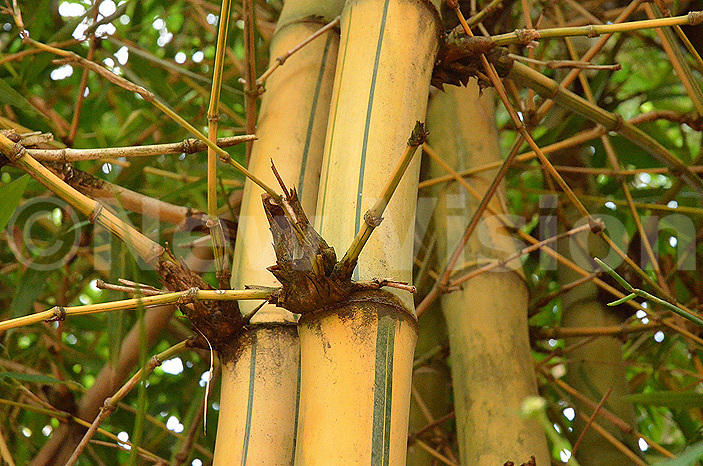 Investing in bamboo farming and research

In Kabale district, Nature Uganda is promoting Bamboo forestry in nine parishes. Joseph Barugahare, Nature Uganda's field officer for Karengyere in Kabale says that most of these parishes surround Echuya public forest that faced massive encroachment in the past but with this intervention, "The locals are now producing their own bamboo trees."

"We have also trained members of four Collaborative Forest Management (CFM) groups in the area on how best they can propagate bamboo for their development. We offered them financial support of more than 1.5 million shillings to encourage their operation."

Commercial bamboo farming in Uganda is also practiced in the districts of Kisoro, Mukono, Moyo, Bundibugyo and several others such as on the slopes of Mount Elgon.

If history is anything to go by, some new crops introduced in Uganda such as vanilla have let down farmers. The story of failed vanilla farming, which happened about a decade ago, still lingers in minds of several farmers in Uganda.  Agriculturalists encouraged farmers in some districts to grow vanilla, many farmers rushed into the business, hoping to earn a lot of profits. They were however let down after vanilla experienced severe drop in the price.

But UIRI's Turyamwijukya says bamboo is different. "It is a very fast growing plant, multiplies fast; and can be turned into several byproducts that have local and international markets."

At UIRI, Turyamwijukya says they are adding value to bamboo products to manufacture, "Toothpicks, mats, curtains, fertilizers; and bamboo vinegar used as pesticide among others."

"We have 1000 dozens of bamboo toothpicks at Uganda Industrial Research Institute ready for market."

These, among other many uses such as making crafts and furniture; food; medicine; utensils; and construction materials are making several Ugandans shift attention to bamboo agribusiness.

And it is not only agribusiness. Ian Atamba, the National Forestry Officer for Buhweju district narrates that bamboo trees help to, "restore canopy cover, sequester carbon dioxide, reduce soil erosion and improve water filtration in soils which stabilizes water tables."

But massive cutting down of bamboo trees for their products and clearing of natural forests to pave way for establishment of bamboo plantations in a country that loses over 80,000 hectares of forest every year, could result into environmental degradation. The solution to this is selective harvesting of bamboos.

This work was produced as a result of a grant provided by the China Africa Reporting Project managed by Journalism Department of the University of the Witwatersrand.