The troop of over 1,800 soldiers was received by the Commander of Defense Forces (CDF), Gen. Katumba Wamala at Singo Urban Military Training school

The Uganda People's Defense Force (UPDF) battle group 15 which was deployed in Somalia as part of the African Union Mission in Somalia to keep peace against Al-Shabaab militants have returned home.

The troop of over 1,800 soldiers was received by the Commander of Defense Forces (CDF), Gen. Katumba Wamala at Singo Urban Military Training school over the weekend. 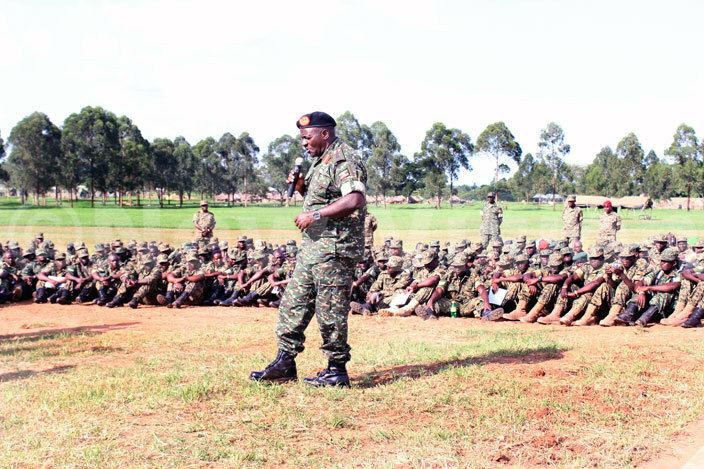 In his remarks Katumba expressed concern that the troops have not received their monthly allowances in a space of seven months.

AMISOM soldiers are entitled to a $1028 (about UGX 3.3m) monthly pay from the African Union, subject to $200 deduction to support the cost of administration.

Katumba said that delaying soldiers salaries affects their morale and undermines the essence of the mission which puts civilians lives at stake. 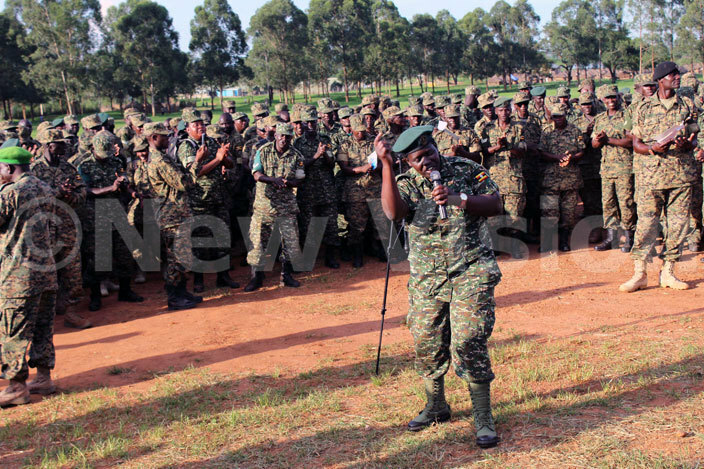 A lady solider morale boosting others during the function

Katumba also said that, "the budget proposal for 2016/17 doesn't indicate that the UPDF salaries will be increased as earlier requested but the soldiers feel cheated because other civil servants like teachers have had increments, so we are engaging the ministry of finance and public service so that we can have at least a 15% top up." 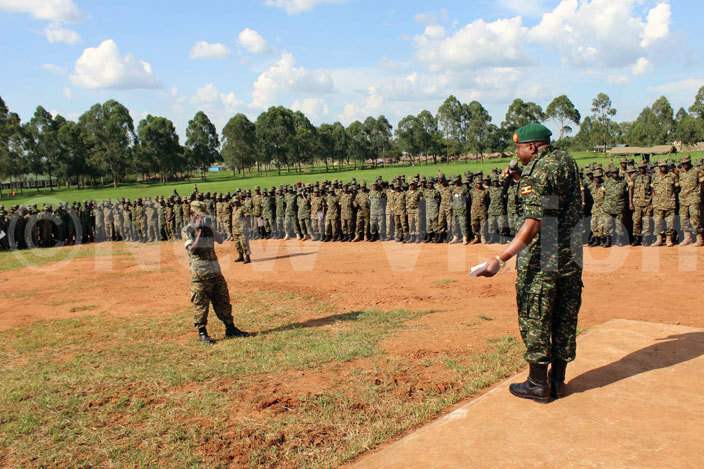 On his part, the commandant of battle group 15, Col. Silvio Aguma attributed their success to strict discipline and paying attention to instructions acquired during the training.

"We appreciate the British, Qatar and French training teams for skillfully preparing us so well. When we reached Mogadishu, we took the modules for granted but decided to observe the guidelines and as a result, we realized that what they had equipped us with was very necessary in defeating the terrorists. Whenever we set foot in defense against the Al-Shabaab, they had to retreat because we were lethal and well prepared," Aguma said. 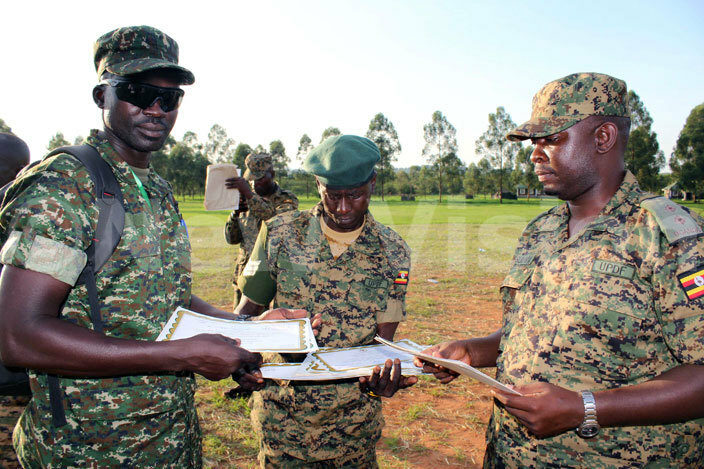 Soldiers show off their certificates of recognition after serving in Somalia