Home
NEWS
MEDIA
Supplements
Tenders
Notices
Majority of those unemployed are women with 65.2%, over 11 million

Majority of those unemployed are women with 65.2%, over 11 million

During the launch of the final results of the national housing and population census results on Thursday, Ben Mungereza, Uganda Bureau of Statistics' (UBOS) executive director  said it's disheartening to see many Ugandan youths, especially in urban areas,  lounging and playing pool all day because they have nothing to do.

Mungereza was making a case for Uganda to make a concerted effort to turn its population bulge into an engine of development.

The census results indicate that 58% of Ugandans are not working for reasons other than pursuing studies which, according to the report, captures the country's non-utilized labour potential.

The census report indicates that Uganda's population between the productive age of 14 and 64 is slightly over 18m. With 58% of this population group unemployed, it means that Uganda's total non-utilized labour potential is 10.4m as of 2014.

Although Ugandan children under 18 years cannot enter into employment contracts, once they clock 16 years, the constitution allows them to be engaged in some form of employment which is neither  hazardous  to their health nor interferes with their education.

The report indicates that majority of those unemployed are women with 65.2% (over 11m) of them 'redundant.'

However, the report does not indicate whether it considers women, especially stay-home housewives, engrossed in domestic chores as unemployed. In comparison, 47% of Ugandan males between the age group of 14 and 64 are unemployed. 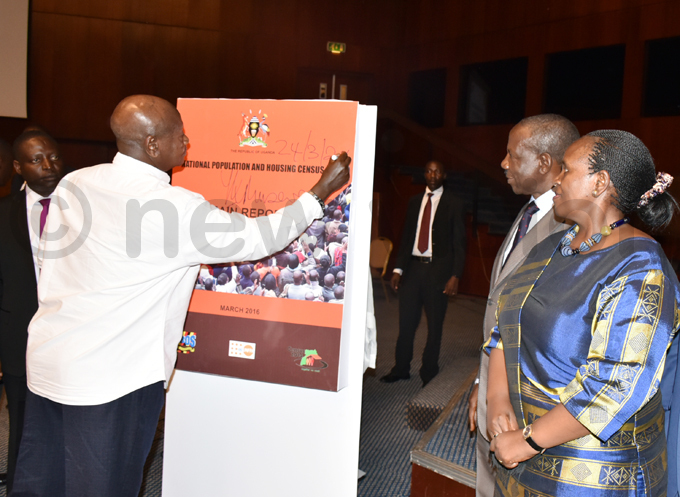 Surprisingly, there are more Ugandans between 14 and 19 years who are employed, compared to those in the age groups 30 and 64 years.

The report indicates that on average, 64% of Ugandans between the ages of 14 and 19 are employed compared to the age group 30 to 64 years.

The report however does not explicitly indicate which sectors are employing Ugandans in the groups 14 to 19 and whether these sectors are in urban or rural areas.

From the age 24, at a time when most people are expected to be graduating from universities, the employment sharply curve goes up.

The age category 20 to 24 has 65% of its 'members' unemployed. This means that 11.8m youths, most of them straight from university and other tertiary institutions have a problem getting employment

For those above 25 years, the situation is worse, with over 90% of them unemployed. Uganda has one of the youngest and fastest growing population rates in the world with its fertility rate of 3% one of the highest in Sub Saharan Africa.

Despite government's efforts at creating employment through promoting industrialization and gainful agriculture through operation wealth creation, the country is still struggling with a high unemployment rate.  Many youths have recently channeled their energies into 'sports betting' and other forms of gambling.

Experts have raised apprehensions about Uganda's youth bulge warning that failure to channel its energy into productive ventures through gainful employment can turn out to be a poisoned chalice.

However, while launching the census report, President Yoweri Museveni said Uganda's youth bulge is set to become an indispensable driver in Uganda's transformation.

Citing Japan and South Korea which have exponentially transformed economically through harnessing their human resource, Museveni said his government is set to expend considerable resources on skilling its young people to equip them with resources required to be useful in a modern economy.